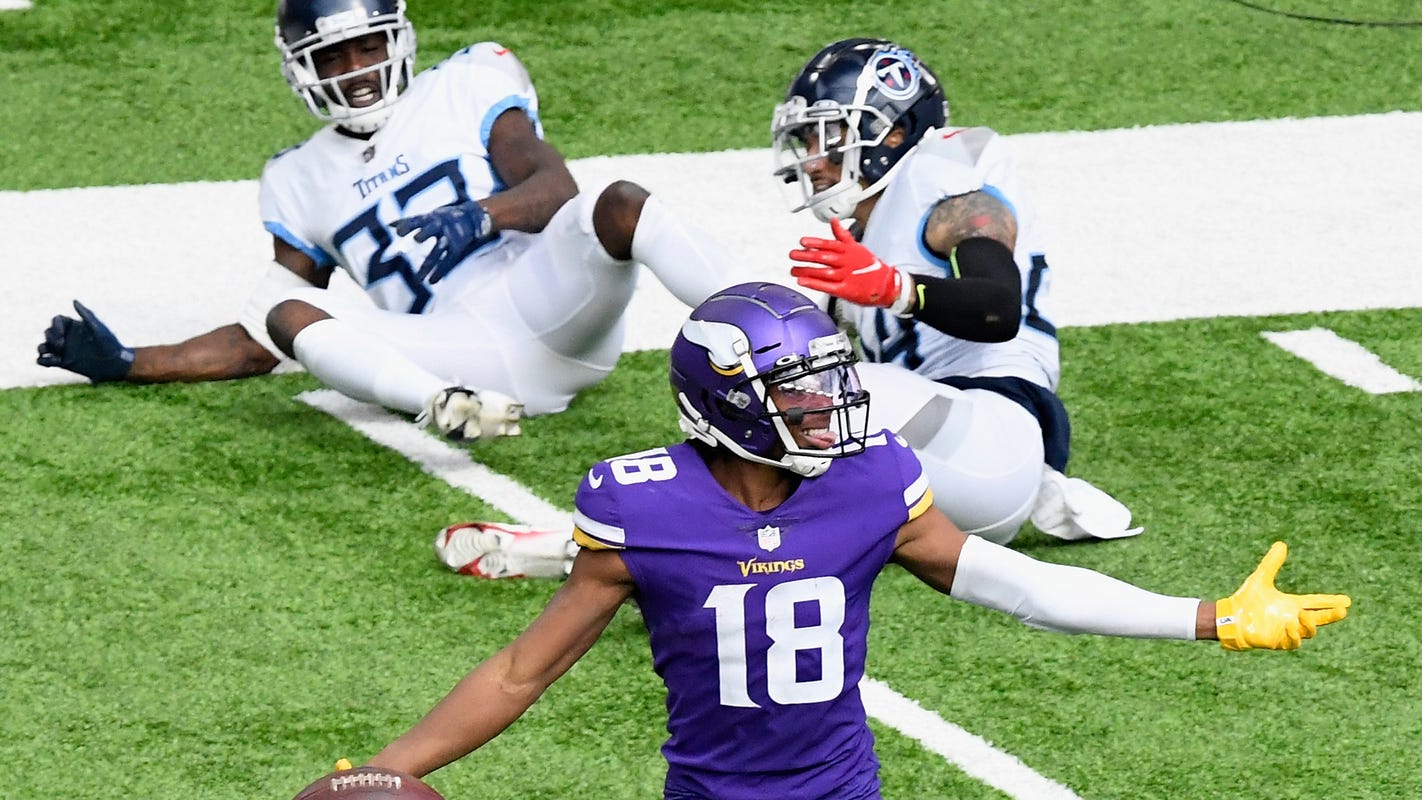 Three weeks into the NFL season and we’re starting to see some of this year’s rookies gaining larger roles in their teams’ offenses. While last week’s top fantasy pickups were running backs, the priority list could shift a bit toward pass-catchers this time around.

The big question for Week 4 is how much playing time the crop of current free agents will have going forward. No one wants to waste those precious FAAB dollars, but the opportunity to have a contributor for the next 10 weeks (or more) is certainly tempting.

WR Justin Jefferson, Minnesota Vikings ($22). Jefferson was the breakout star of Week 3, catching seven passes for 175 yards and a 71-yard touchdown. He provides a big-play complement to the reliable Adam Thielen — IF QB Kirk Cousins can get him the ball. The rookie had only six total targets in the first two games. If Jefferson isn’t already rostered because of his slow start, this will be your last chance to pick him up

WR Tee Higgins, Cincinnati Bengals ($15). Another rookie receiver who enjoyed a Week 3 breakout, Higgins has a bit more competition for targets in Cincinnati. However, he found the end zone twice in his five catches for 40 yards on Sunday. As rookie QB Joe Burrow improves, so should Higgins.

RB Jeff Wilson, San Francisco 49ers ($12). Injuries remain an issue in the Niners backfield with Wilson seemingly the only healthy member following Jerick McKinnon’s rib injury on Sunday. He had 12 carries for just 15 yards, but did score. Plus he caught three passes for 54 yards and a TD.

RB Rex Burkhead, New England Patriots ($10). Just when fantasy GMs were convinced Cam Newton’s four rushing touchdowns in the first two games had drained all the value from Patriots running backs, everything upside down in Week 3. Burkhead turned into a week-winner with two rushing touchdowns and another one receiving. But don’t get caught chasing last week’s stats. James White could return in Week 4.

RB Sony Michel, New England Patriots ($9). At the same time, Michel ran for 117 yards on just nine carries – and added 23 more yards on a pair of receptions. That kind of production certainly warrants more opportunities, but it’s still as difficult as ever to figure out which Patriots running back will be worth starting each week.

TE Greg Olsen, Seattle Seahawks ($6). Tight ends always seem to be available on the waiver wire, but few of them have the kind of proven track record Olsen does. Seattle has been so prolific on offense through three games that there just might be room for another fantasy-relevant receiver after Olsen caught five of six targets on Sunday for 61 yards.

TE Jimmy Graham, Chicago Bears ($6). Speaking of reliable tight ends, Graham was one a borderline first-round fantasy pick in his early days with the Saints. His productivity has declined at age 33, but he’s still a force in the red zone with three TD grabs in three games.

QB Nick Foles, Chicago Bears ($5). There could be a quarterback change in Chicago this week after Foles threw three fourth-quarter TD passes in relief of an ineffective Mitchell Trubisky. Foles isn’t be worth starting right away in one-QB leagues, but he could be worth a speculative pickup for later.

WR Andy Isabella, Arizona Cardinals. Veteran Larry Fitzgerald was held to one catch and zero yards in Week 3, while Isabella caught four for 47 yards and scored twice. Part of that additional work was due to Christian Kirk missing the game, but QB Kyler Murray offers big-play potential for everyone in the offense.

WR Cedrick Wilson, Dallas Cowboys. The second-year pro scored twice on his five catches for 10 yards, but with all the receiving depth in Dallas, it’s hard to see him doing it again.

Also, be sure to check last week’s waiver wire picks to see if any of those players are still available in your league.