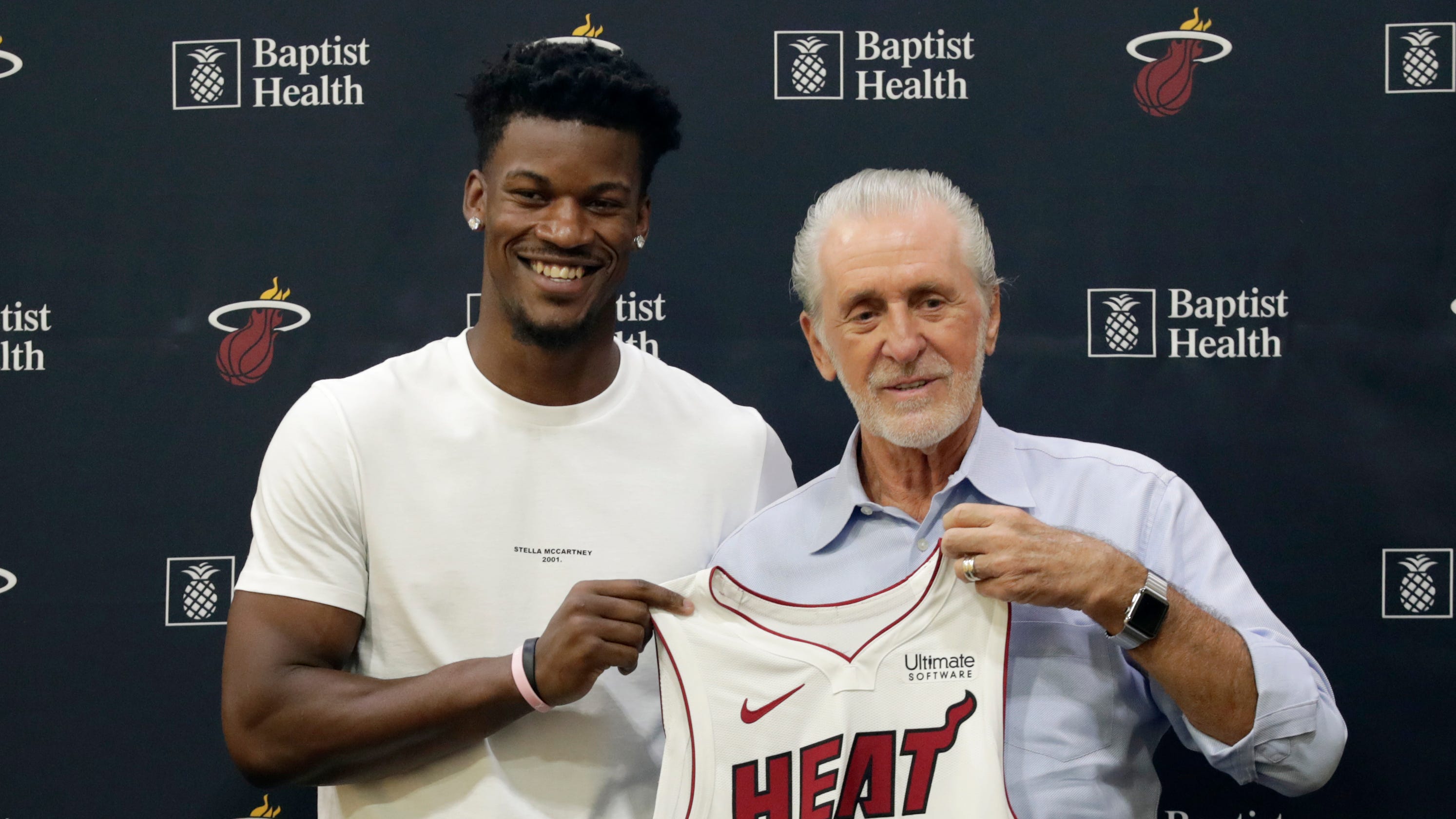 SportsPulse: At the beggining of the season, not many experts predicted the Miami Heat and Los Angeles Lakers to meet in the NBA Finals, but here we are and Jeff Zillgitt tells us why.

One needs the other to make his basketball philosophy work. He loves his stars and he loves his role players who share a common denominator: hard work.

For the first time since the LeBron James-era Heat crumbled, the Heat president returns to the NBA Finals with a team assembled in his vision.

“He wants to win – at everything,” Heat All-Star Jimmy Butler said. “He’s so much like everybody on this roster. And I’m sure he takes the losses just as hard as we do. You can tell that he’s just as excited as we are whenever we win. And those are the people that you fight for, you run through a wall for, because he’s in it with you.”

Not only is Riley back in the Finals, his Heat will play James and the Los Angeles Lakers – the player whose departure in 2014 stung Riley and the team he coached famously for nine seasons and led to four championships as he strolled the sideline in high-end couture for the Showtime Lakers featuring Magic, Kareem and Worthy.

Riley’s competitive fire burns at 75 years old. He wants another championship, and one against James and the Lakers would make it extra special.

The Finals appearance is a congruent end to the season for Riley. The Heat were the fifth seed, but unusual circumstances plus a well-coached and talented roster allowed Miami to beat a better seed in the first round, Eastern Conference semifinals and conference finals.

“One of the greatest qualities Pat has as a leader is his vision,” Heat coach Erik Spoelstra told USA TODAY Sports on Tuesday. “When you put together this team, regardless of what anybody else may think on the outside, he puts it together so it feels like now – everybody knew we were trying to compete for a title. That’s the essence of Pat’s genius and leadership.”

Miami stumbled post-James – two just playoff appearances in the previous five seasons. It signed players to bad contracts in an effort to contend quickly. Rebuild isn’t in Riley’s vocabulary, but the decision to avoid one backfired.

He wanted to prove the game and roster construction in this era hadn’t passed him by. They shed bad contracts, drafted smart, developed players and signed elite ones.

Riley has his stars, starting with Butler, who embodies the Heat’s penchant for accountability and hard work.

Bam Adebayo, the 14th pick in the 2017 draft, is just 23 years old and an All-Star this season for the first time. He might be the Heat’s best player.

With the 13th pick in the 2019 draft, the Heat drafted Tyler Herro, who set a record for most points by a rookie in a conference finals game (37 points). He is on the way to All-Star status.

Riley has his role players, too.

Miami developed Duncan Robinson, who began his college career at Division III Williams College, into one the league’s best 3-point shooters. Goran Dragic was once an All-Star and is playing like one in the playoffs. The Heat traded for veterans Jae Crowder and Andre Iguodala.

“How they were able to reshape their roster from a sub-.500 team a year ago to four wins away from a championship is to really be applauded,” ESPN analyst Jeff Van Gundy told USA TODAY Sports. “They made some mistakes, but they didn’t hold on to their mistakes, and they kept drafting well and kept finding these overlooked younger players they spent time with. Going from 39 wins to where they are now is truly a remarkable accomplishment.”

At David Stern’s memorial in January at New York City’s Radio City Music Hall, Riley spoke about his relationship with Stern. And no matter how happy or angry Stern was with Riley, the message was always the same.

“Pat, you’re not bigger than the game,” Riley remembered Stern telling him.

It is an example of the monumental importance of insignificant events. Riley didn’t big-time agent Bernie Lee that day. He fostered a relationship. Five years after James left Miami, the Heat wanted to sign Butler, who is now represented by Lee.

What was a generic exchange in 2014 turned into an important moment by the summer of 2019. Big and small things matter to Riley.

Riley may not be bigger than the NBA. But he is a major part of it from his days as a player who won one title to his days directing one of the more glamourous and decorated teams in NBA history to four championships in the 1980s. He brought grind-it-out defense to the New York Knicks in the 1990s and transitioned to the front office with the Miami Heat, where he has won three championships with owner Micky Arison.

“When I hear Pat Riley, I think about one of the greatest minds probably this game has ever had,” James said. “He’s won at every level. I saw the stat the other day that he’s been part of a championship in four decades.

“This league is not the same without Riles. He’s a great guy, great motivator, someone that just knows what it takes to win, and he’s shown that over the course of, what, 40 years.”

For Riley, it’s championship or else every single season.

“It’s the only way,” Spoelstra said. “We’ve been at this for 25 years under Pat and  Micky’s leadership, and every single year we’ve had a team we thought was going to compete for a title as irrational and crazy as that may seem on the outside.”