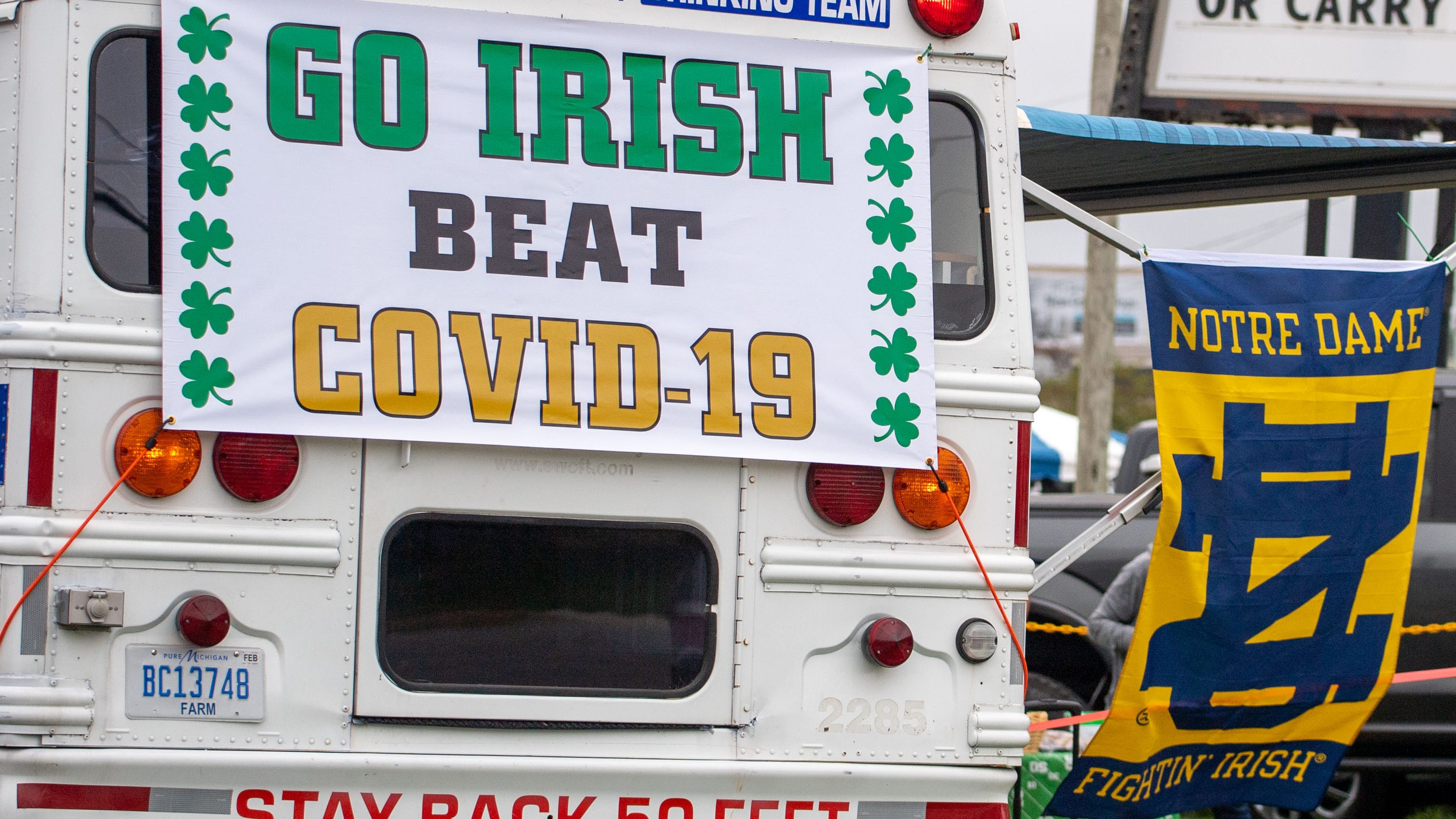 The six-sentence statement from the athletic department’s Twitter account revealed that there were 25 players in isolation as of Monday because of positive tests, and 14 others in quarantine as the result of contact tracing.

An athletic department spokesperson said that as of now, there has been no change in status for the next game on the Irish schedule — an Oct. 10 home date for fifth-ranked Notre Dame (2-0, 1-0 ACC) against Florida State (0-2, 0-2).

Notre Dame has resumed conditioning activities, according to the statement.

Last Monday, there were 13 players in isolation and 10 in quarantine, two days after the Irish beat South Florida, 52-0, at Notre Dame Stadium. Players are required to spend 10 days in isolation after a positive test and undergo cardiac testing, per ACC protocols. The quarantine period is 14 days. This past Saturday’s ND road game at Wake Forest was postponed. And even though both teams had this Saturday available, the game was shifted to Dec. 12 in Winston-Salem, N.C.

According to team physician Dr. Mark Leiszler, there were 18 positive tests among the 273 administered between Tuesday and Sunday. Seven of the positives came from the group that had been previously quarantining.

Notre Dame’s outbreak is perplexing for a couple of reasons. One, the Irish had been one of the most successful programs nationally in holding the positive tests down. Two, the student body as a whole had made progress since resuming in-person classes a little over four weeks ago.

The campus-wide numbers Monday from the university COVID-19 dashboard indicated there were 41 active cases combined among employees and roughly 12,000 students, with three new cases over the 24-hour cycle that ended Monday at noon. The seven-day positivity rate was 1.1 percent.

Since football numbers are rolled into the campus totals, that would mean the football team accounted for 61 percent of the active cases.

As of Thursday of last week, Notre Dame had not been able to determine the source of the outbreak, according to St. Joseph County deputy health officer Dr. Mark Fox. Fox has been a consultant to the university and the football program from the outset of the pandemic.

“They did really well through the summer, and something has changed in the last 10 days to two weeks,” Fox told the Tribune last week. “They are looking at every aspect of players’ lives to see what has changed.”

The Irish don’t have much margin for error, with just one open scheduling window left through the balance of the 2020 season.

And on that particular Saturday — Nov. 21 — 12 of the other 14 ACC teams already have games. The other two, Syracuse and Louisville, play each other on Friday night of that week. Which makes ND’s next steps off the field even more critical.

The team, and the entire ACC for that matter, could shift to a daily testing model, as the Big Ten and Pac-12 have committed. Currently, Notre Dame tests its entire roster at least three times a week and its offensive and defensive linemen daily.

“I think if we’re not able to find a likely source of exposure in this current cluster of cases, then that may make it more reasonable to be more aggressive in testing,” Fox said. “If we find the likely common exposure, then I still think kind of adapting the current behaviors and the strategies is reasonable.

“I feel like the fundamental testing strategy is fine if we identify the likely source of exposure. We just may not be able to.”