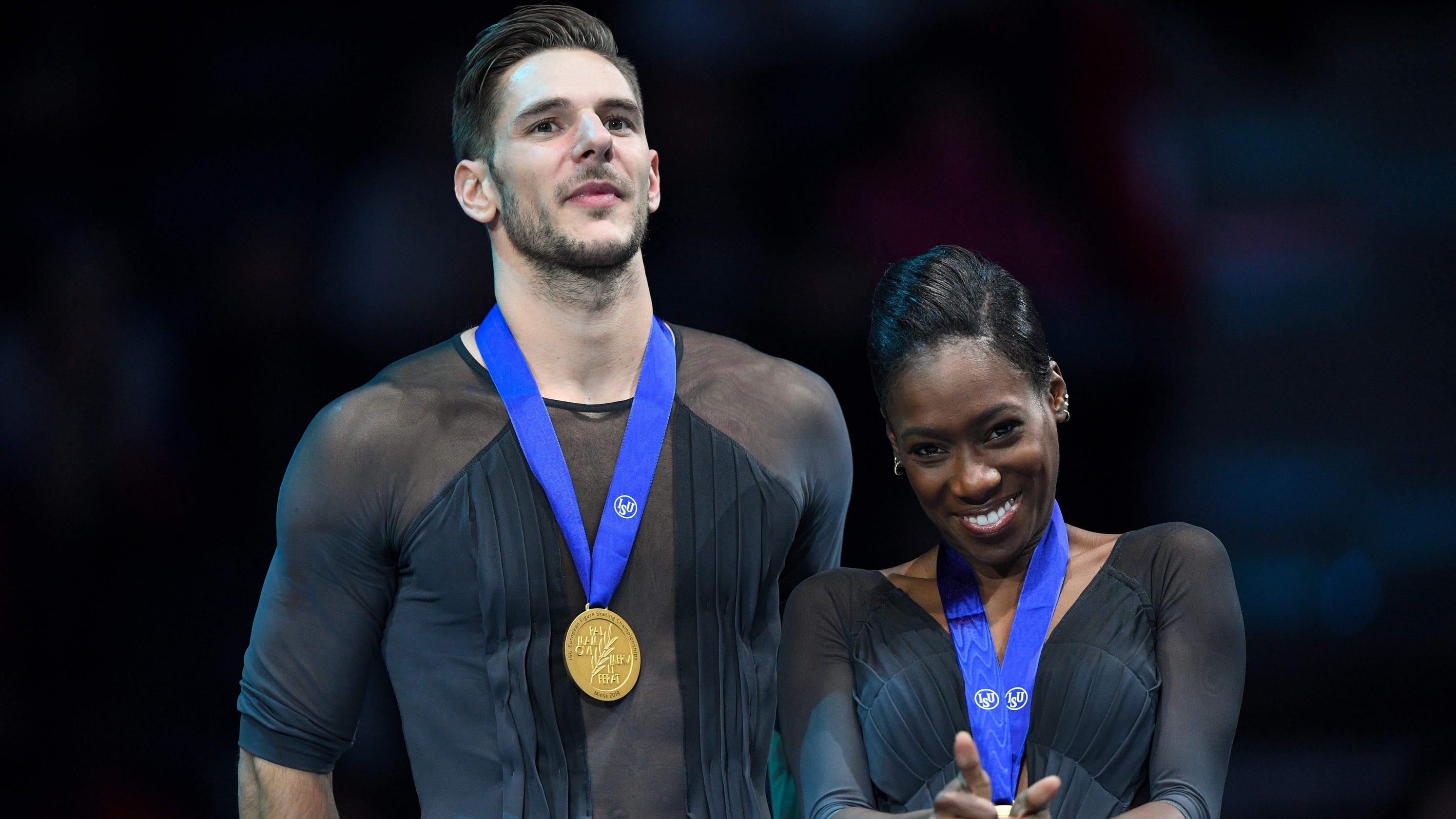 Morgan Cipres, the French Olympic pairs skater who is under investigation from the U.S. Center for SafeSport and the Pasco County, Florida Sheriff’s Office for allegedly sending two lewd photos to a 13-year-old American female figure skater, has retired from the sport.

The French Federation of Ice Sports announced Tuesday that Cipres, 29, and his pairs partner, Vanessa James, 33, were leaving the sport less than a year and a half before the next scheduled Winter Olympics, the 2022 Beijing Games, where they would have been contenders for an Olympic medal.

On Dec. 3, 2017, Cipres allegedly direct messaged two photos of his penis on Instagram to the girl, who skated at the same rink as Cipres in Wesley Chapel, Florida. USA TODAY Sports has reviewed those messages, which were sent from what appears to be Cipres’ verified account.

Morgan Cipres, left, and Vanessa James have announced their retirement from figure skating. Cipres is under investigation by the U.S. Center for SafeSport and Florida law enforcement after allegedly sending lewd photographs to a 13-year-old girl. (Photo: Kirill Kudryavtsev, AFP via Getty Images)

When asked in a December 2019 phone interview if he sent the photos of himself to the girl, Cipres replied, “I cannot talk with you about anything about that. I mean, I have nothing to say about this allegation.”

SafeSport opened an investigation into the allegation late last year, according to the girl, her parents and emails obtained by USA TODAY Sports.

The girl and her parents also said Cipres’ coaches, John Zimmerman, a 2002 Olympian and member of the U.S. Figure Skating Hall of Fame, and Silvia Fontana, a 2002 and 2006 Olympian representing Italy, tried to keep the family from reporting the alleged incident to authorities by shaming and threatening the girl as Cipres, who then was 26, prepared for the 2018 Winter Olympics.

The skater and her parents said that instead of going to police or SafeSport, which opened in March 2017 to investigate sexual abuse in Olympic sports, Zimmerman and Fontana implored them to stay quiet because Cipres and James were in the final stages of their preparation for the Olympics in South Korea, where they finished fifth.

Zimmerman and Fontana have denied the allegations. The girl and her parents are not being identified because USA TODAY Sports does not publish the names of alleged victims of sexual abuse.

Dara Bushman, a psychologist who worked with the skater, said she “contacted the authorities” after being made aware of the alleged incident in a Dec. 30, 2017 email from the girl’s tutor. “I wanted to make sure the child was safe,” Bushman said.

When the authorities arrived to interview the girl, she refused to tell them what happened, her parents said. Within a few weeks of the alleged incident, the parents said they took their daughter out of the Tampa-area rink and returned to their home in South Florida. She has been in therapy since, they said. The sheriff’s office took no action after the girl declined to cooperate.

But Pasco County Sheriff’s Office spokesperson Amanda Hunter told USA TODAY Sports in June that the investigation into the alleged sexual abuse had been reopened: “This is now an ongoing, active investigation.”

Andrea Lewis, the attorney for the skater and her family, confirmed in June that the girl was “fully cooperating” with the investigation.

“Being victimized by an adult is traumatizing for a child and she still struggles with what happened to her on a daily basis,” Lewis said in an email. “Not only was she harmed by the perpetrator, but also by other adults that she trusted who attempted to cover up his misconduct and intimidate her into being silent. She is extremely grateful for the words of support from survivors and other people all around the world. Those voices have given her the courage to speak up and do what is necessary to make sure that this never happens again.”

Former French skating federation president Didier Gailhaguet, who initially dismissed the allegation of sexual abuse against Cipres, said at a news conference on Feb. 5 in Paris that Cipres “did something very stupid. The stupid thing is a photo of himself and his private parts. He made a major mistake … a shameful act of stupidity.”

Gailhaguet, who resigned three days later over the federation’s handling of allegations of sexual abuse of underage skaters by their coaches, also said at the time that Cipres had resigned from the French sports federation’s council and was being treated by a psychologist.