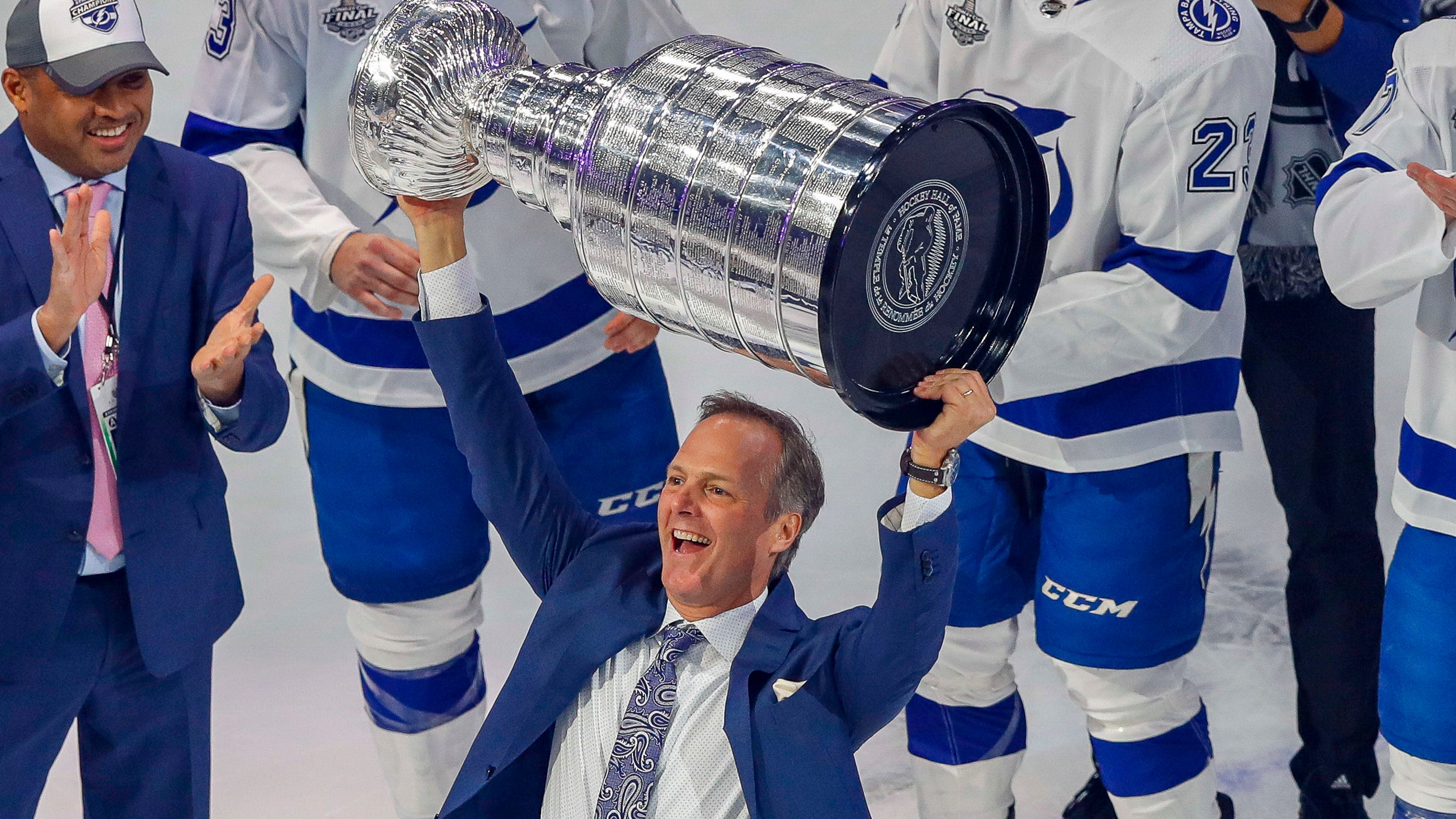 The Virginia Cavaliers men’s basketball team walked off the court national champions on April 8, 2019, having completed an unprecedented redemption arc after becoming the first No. 1 seed to lose in the NCAA Tournament’s first round a year prior.

Eight days later, the Columbus Blue Jackets finished off their sweep of the history-making Tampa Bay Lightning, who won an NHL-record 62 games that season.

Lightning coach Jon Cooper got a Virginia national champions hat not long after, and used their comeback story as inspiration for his own team. It found their own ultimate redemption Monday night by defeating the Dallas Stars, four games to two, in the Stanley Cup Final.

“I acquired the hat right after we lost (last year),” Cooper said on “SportsCenter” while wearing the cap. “That was 400-plus days ago. I don’t know Virginia. I don’t know (head coach) Tony Bennett. But they’ve been something to hang hope on this whole time.

“It was a message. This hat’s been with me the whole time.”

“He doesn’t know college basketball from anything. I said, ‘I’ve got that hat here.’ I’ve had it with me all the time,” Cooper said. “You need something to hold onto. Like I said, they did it. Why can’t we?”

Following Tampa Bay’s 2-0 victory, Cooper discussed the sacrifices each player and staff member made during the two-month sequester in the NHL’s bubble sites of Toronto and Edmonton, Alberta. He missed his anniversary, the excitement from his daughter making a swim team and the first day of school for his kids.

“The whole baseball season took place during our time in the bubble,” he said. “I think (NHL commissioner) Gary Bettman said it right when he handed the trophy to our team: you kind of laugh it off, saying, ‘Oh, this will be the toughest one to win.’ Anybody who played in this bubble, the 24 teams, would tell you this was the toughest one to win.”

Lifting Lord Stanley’s Cup was all worth it, though.

“I couldn’t believe it,” Cooper said. “I think it weighs like 35 pounds but when it goes into your hand it feels like a feather. Aside from my kids being born, it’s the most remarkable feeling I’ve ever had.”