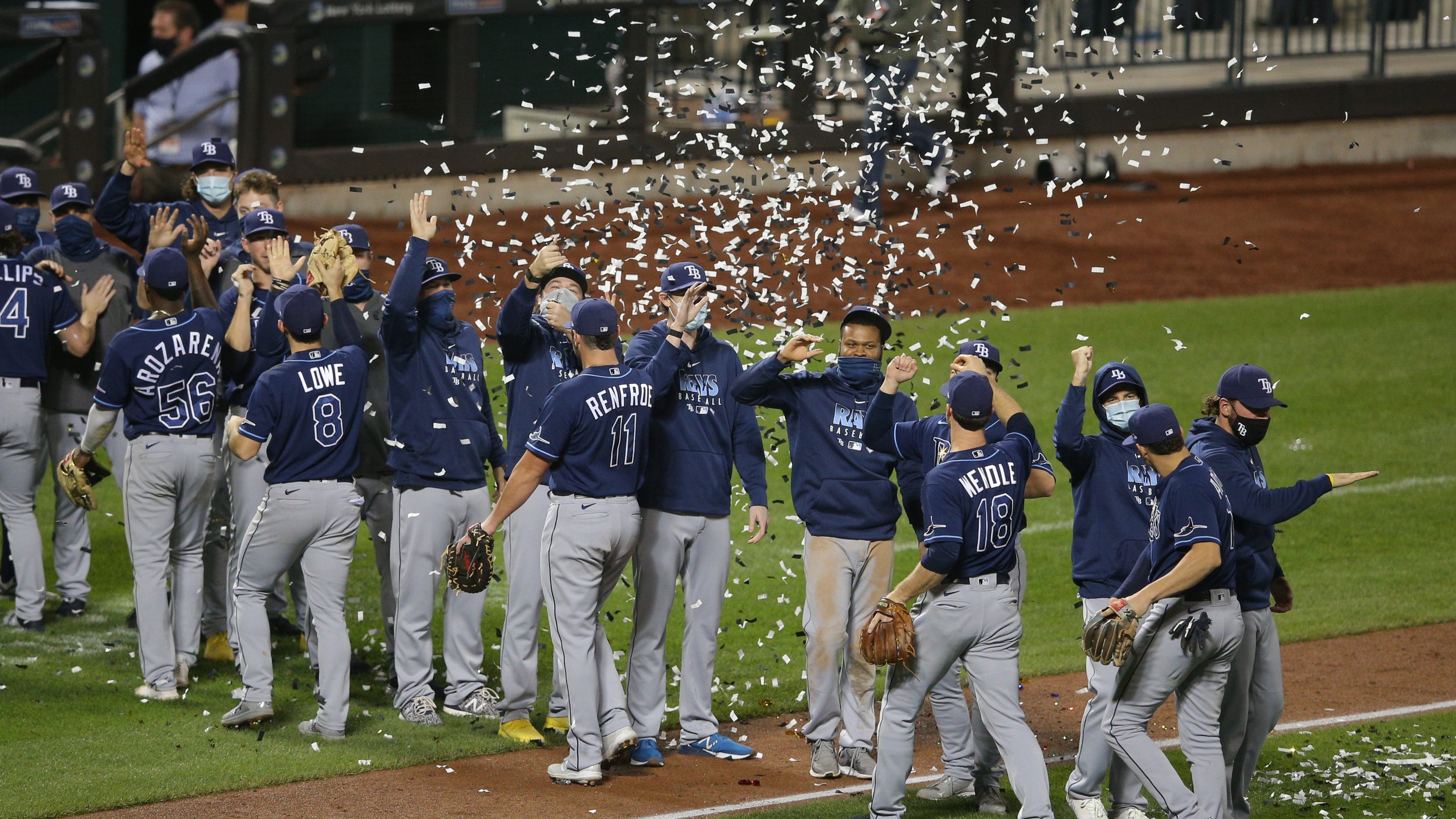 USA TODAY Sports’ Gabe Lacques breaks down why the Rays are ready for the post season.

Only a 60-game season with an expanded playoffs format would give the Tampa Bay Rays a chance to win two-thirds of their games and the Toronto Blue Jays an opportunity to make the postseason with a core many believed to be a few years away.

Now, the two American League East foes meet in the one-seed vs. eight-seed matchup in a best-of-3 wild card series at Tropicana Field. The Rays won the season series 6-4, while the Jays bested them in run differential 48-44.

The Rays’ consistency — they were in first place for 44 days this season — on their way to finishing 20 games above .500 purports better than the Jays’ streakiness; they lost six straight before winning six of their final eight to clinch the final AL playoff spot.

Rays’ elite bullpen: Despite injuries affecting the normal parade of arms the Rays can throw at opponents, the unit still led the majors in fWAR (3.6). The “whole stable of guys who can throw 98,” as manager Kevin Cash says, features Nick Anderson (14.3 K/9 ratio) and Diego Castillo (1.66 ERA in 21 ⅔ innings) are the anchors. Tampa Bay relievers’ 3.37 ERA was third in the majors, and the bullpen was key in the Rays posting a 14-5 record in one-run games.

Tampa Bay’s starters: Before even needing to pick up the bullpen phone, the Rays own the luxury of a Blake Snell-Tyler Glasnow one-two punch in the rotation, with Charlie Morton waiting in the event of a decisive Game 3. As Hyun Jin-Ryu (2.69 ERA in 12 starts) experienced soreness after his start last Friday, the Jays will have to cope with not sending their ace to the hill until Game 2.

Blue Jays’ young guns: Vladimir Guerrero Jr. (21 years old) is heating up at the right time (1.316 OPS, six extra-base hits over his last 28 plate appearances), but Bo Bichette (22) has slumped since returning from the injured list two weeks ago. Teoscar Hernandez, practically the elder statesman of the team at 27 years old, has been a revelation in 2020 and Cavan Biggio (25) has a combination of patience and power. Can this lineup put up enough runs to keep the Jays in games?