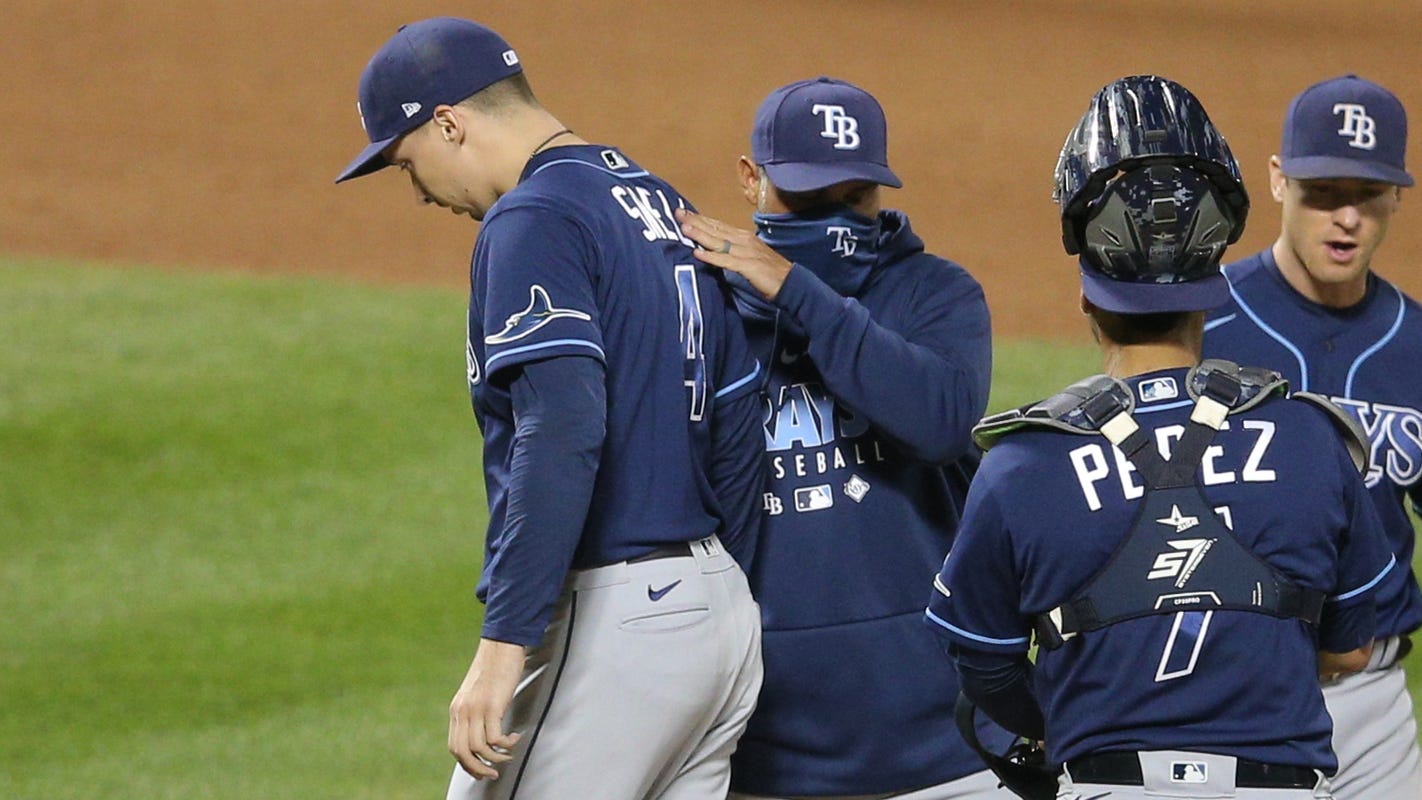 Since 1995, Major League Baseball’s first postseason with wild cards and a five-game Division Series, no World Series champion has had to play more than 18 playoff games, with the 2017 Houston Astros the most recent titlist to reach that mark.

That 18-game run came over 28 days, with days off wedged into each series, ending with a five-pitcher tag team in Game 7 of the World Series.

Yet, those Astros, and the 2019 Washington Nationals, who prevailed after 17 games over 30 days, didn’t face anything like the potential crucible 2020 teams may encounter.

The pandemic-shortened 60-game regular season has given way to an expanded, 16-team postseason in which a potential champion – division winners and wild cards, all – could play 22 games in 29 days, or 19 in 23 days.

Adding to the wrinkle: No off days during the division and league championship series, which will be great for testing the depth of a pitching staff.

Yet it may also pose ethical dilemmas for coaching staffs that lean heavily on high-leverage relievers to navigate October – particularly when pitching any more than three days in a row is considered verboten.

“No doubt, with no days off, it’s hard to push bullpens like you would in the past,” says New York Yankees pitching coach Matt Blake. “Typically, three (days in a row) is where we draw the line, the industry standard of pushing a guy.

“That’s one we’re going to have to take it case-by-case. It will have to be a little bit subjective. Not putting them at risk for the team and making sure there’s a fine balance there.”

Those dilemmas won’t arise immediately; the eight best-of-three wild card series that begin Tuesday will be over before any reliever can pitch more than three days in a row.

Then, victorious teams will have at least three days off as they enter neutral-site “bubbles” in Texas and California before the AL and NL Division Series, beginning Oct. 5 and 6. And that’s where the it gets challenging: Up to five games in five days. If the Division Series goes the distance, that will allow just one off day before the ALCS and NLCS – which could bring another seven games in seven days.

That’s potentially 12 games in 13 days – all creating high-leverage situations that will force managers into a balancing act: Victory today vs. a healthy pitcher the rest of October – and the rest of his career.

“Guys want it,” Marlins manager Don Mattingly says of the ever-ready mentality of relievers. “Now, if it’s a risk of injury, you can’t do it. If I’m putting a guy in danger, I don’t want to do that. I’m going to take care of that player to the very end.

For the Tampa Bay Rays, October brings both luxuries and limitations. The expanded 28-man roster will continue into the postseason, and manager Kevin Cash and pitching coach Kyle Snyder can tap a deep and flexible staff that posted a 3.56 ERA, third in the major leagues.

Yet the Rays also employ unique strategies, such as deploying an “opener” before handing the ball off to another pitcher. Should they advance to the second and third rounds, playing as many as five days in a row could be taxing.

Cash never had to use a reliever more than two days in a row during a 40-20 regular season that earned them the No. 1 seed in the AL. But playoff baseball often means constricting a manager’s circle of trust and leaning on stalwarts more heavily.

Communication and candor will be even more important.

“There’s going to be a lot of discussions, because we’re going to see something like we’ve never seen without the off days,” Cash said Monday, a day before his club opens the wild-card round at home against the Toronto Blue Jays. “We continue to ask them. We have to gauge how they feel. The best way for us to make a decision about those guys is getting their honest feedback when we ask the question.

“Now, regardless of how that person feels, in the regular season we will say, ‘You’re down.’ Or, You’re off today. We’re really trying to avoid you,” because of their health moving forward.”

It also may be best for the team’s short-term goals. While the Nationals famously used just six pitchers, in essence, to bull their way through the 2019 postseason, other teams aren’t nearly as fortunate.

Even the greatest pitchers can feel the burn of October as they chug toward the Fall Classic.

Hall of Famer and all-time saves leader Mariano Rivera, whose 42 playoff saves are also a record, pitched in 96 postseason games, but his dominance waned, if only slightly, with each round.

Few pitchers offer such deep October samples as Rivera and Pettitte, but the trend tracks for today’s leaders. Kenley Jansen’s 16 playoff saves make him the active leader in that category, and his Los Angeles Dodgers will enter the playoffs off an eighth consecutive NL West title.

His best round is actually the NLCS (1.04 ERA compared to 1.86 in the NLDS), but in nine World Series appearances has a 3.55 ERA and a -0.27 Win Probability Added. Fellow Dodger Clayton Kershaw’s much-scrutinized postseason exploits also bottom out on the back end, with a 5.40 ERA in five World Series appearances, even more remarkable given the one-hit shutout he spun in Game 1 against those 2017 Astros.

Yet October allows no time for pacing or wondering if bullets expended early will result in pratfalls later.

“It’s a reality,” says Mattingly, who managed Kershaw and Jansen in the 2013-2015 playoffs. “Guys are not going to the middle relievers; you’re using your top guys every day. And they know that going into it.

“But it’s also the danger they’re going to go three in a row. You may not get the sharpest guy on the third day.”