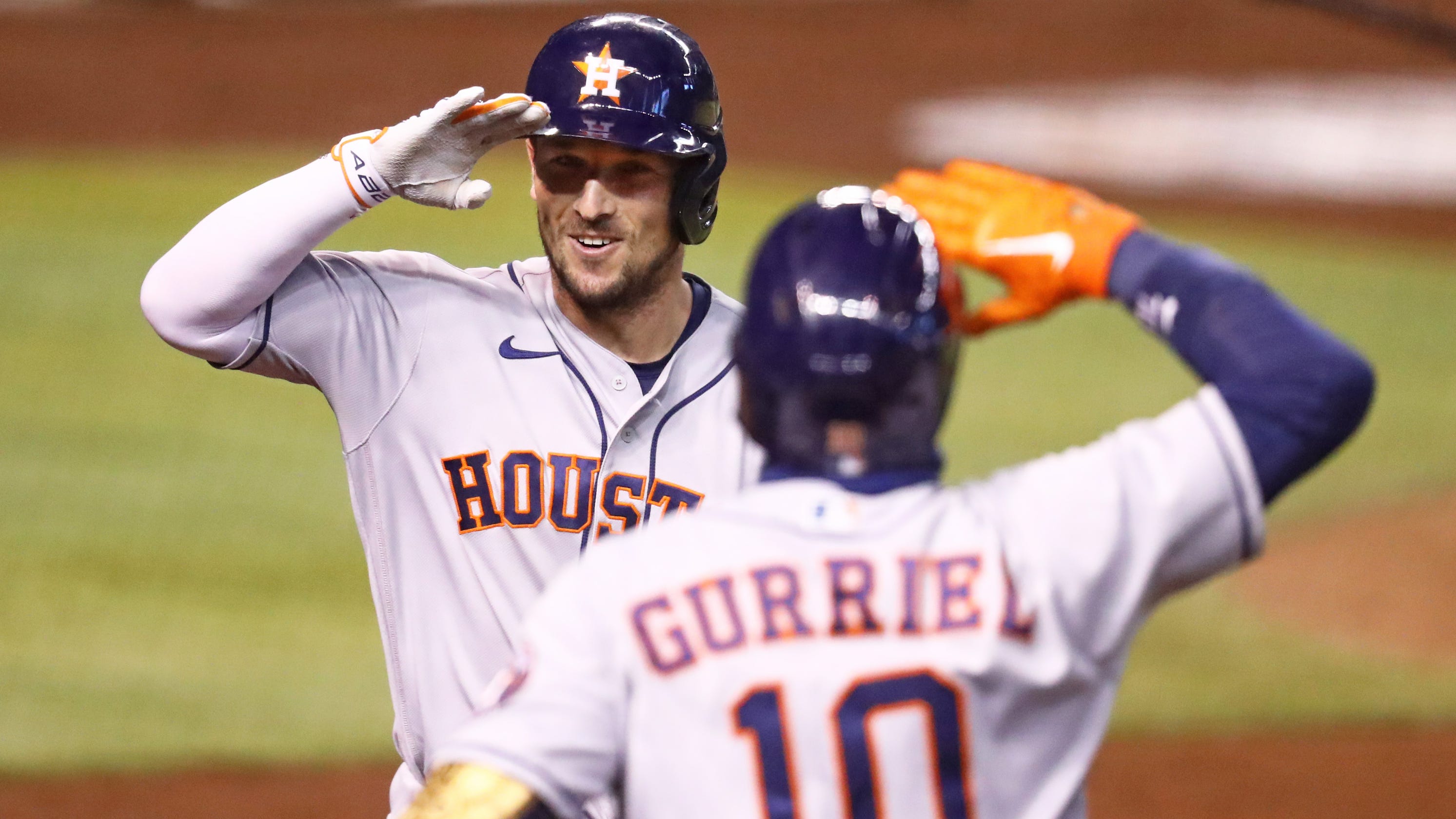 The Minnesota Twins claimed their second consecutive American League Central title, but it’s all talk until they win a playoff game.

The Twins, who finished 36-24, host the Houston Astros in the three-game AL Wild Card series at Target Field beginning Tuesday.

The Twins have lost 16 consecutive postseason games dating back to 2004 and were embarrassed by the New York Yankees in the ALDS last season.

For the Astros, they seek redemption after they were punished by MLB in January for illegally stealing signs during the 2017 season in which they won the World Series.

The Astros are the first team, along with the National League’s Milwaukee Brewers, to qualify for the postseason with a losing record, finishing the shortened 60-game season 29-31. 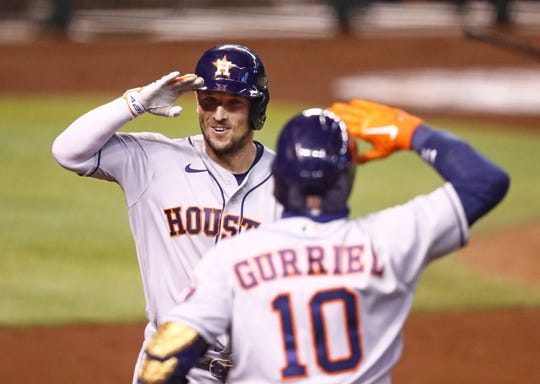 Alex Bregman and the Astros reached the postseason with a 29-31 record in the regular season. (Photo: Mark J. Rebilas, USA TODAY Sports)

Astros arms: Houston enters the playoffs without former AL Cy Young winner Justin Verlander, who is out for the season with Tommy John elbow surgery. They will now rely on Zack Greinke, a former Cy Young winner, Lance McCullers Jr., Jose Urquidy, and Framber Valdez in the rotation mix. That’s quite the contrast from last year when they had Verlander and Gerrit Cole.

Twinkie power: The Twins heavily rely on the long ball. Led by slugger Nelson Cruz, 51% of the Twins’ runs have come courtesy of the home run. Minnesota, who broke the MLB record for homers last season, ranked sixth this season with 91. Four hitters have at least 10 homers — Cruz (16), Eddie Rosario (13), Byron Buxton (13) and Miguel Sano (13).

Starting nine: The Twins have been hit hard by the injury bug the last two months of the season. They haven’t fielded their full starting nine since July 30. Manager Rocco Baldelli enters the postseason with question marks regarding third baseman Josh Donaldson, out with a strained right calf, and outfielder Byron Buxton, sidelined with a head injury.  Meanwhile, the Astros have eight regulars who played in the World Series last season.