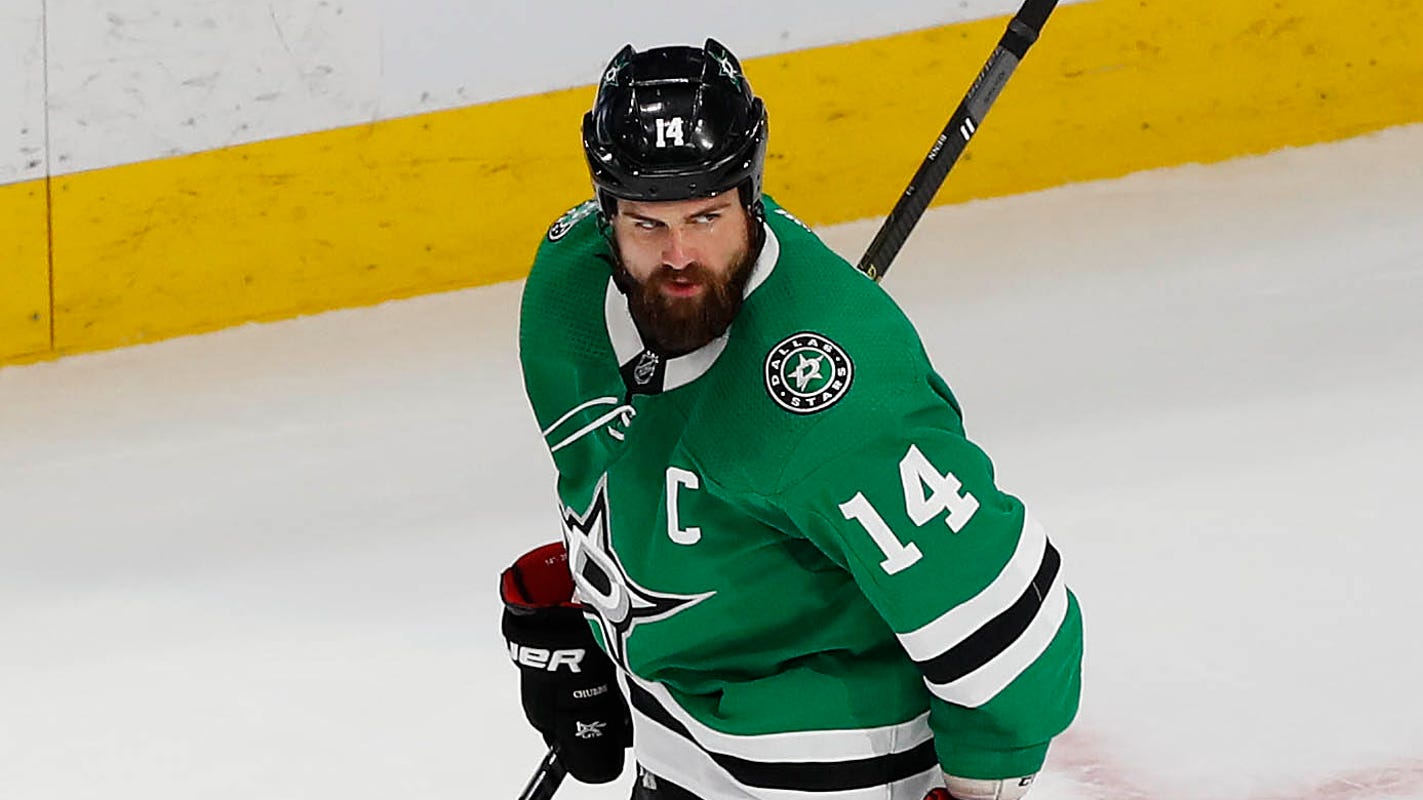 Jamie Benn breaks down in emotional interview after loss to Lightning

NHL players entered the playoff bubbles sans fans in Toronto and Edmonton, Alberta, on July 26, and on Monday night, the journey that was spent for the majority without friends and family nearby ended with the Tampa Bay Lightning hoisting the Stanley Cup.

For the Western Conference champion Dallas Stars, who finished third in the Central Division, it was a surprising run that came up just short, losing the Cup in six games. And for their captain, the emotions following defeat were too raw to put into words.

Here’s how the post-game news conference via Zoom went for Jamie Benn:

“What’s the feeling like for you guys right now?” a reporter asked Benn, 31.

“It sucks. Uh … you go through a lot with that group and …” Benn said as he looked around.

“Jamie, I know it’s tough right now, but what will you remember about this group of guys?” the next reporter asked.

Benn didn’t respond, sitting still as he stared down.

“Hey, Jamie, are you able to even think about the run you guys had, or is this too much for you right now at this moment?” a different reported asked.

Benn sat quiet for several seconds. “It was a good run. Umm … it’s tough. You’re two games away from a Stanley Cup, so …” Benn said, clearly struck with emotion.

The NHL reported no positive coronavirus tests for nine weeks in a row since the teams entered the bubbles — a total of 33,174 tests. But that didn’t come without sacrifice as some family members — only those from Canada — could join players at the start of the conference finals. That means a lot of time spent away from family and friends for the majority of players.

Benn, who was drafted by the Stars in 2007 and now their second-highest paid player,  has been used to criticism in recent years. He was blasted along with teammate Tyler Seguin by Stars president Jim Lites in a profanity-filled tirade in December 2018 for not “getting it done.”

Since Benn entered the league in 2009, Dallas has reached the playoffs four times, with this one being the first time it got past the second round.

Benn had 39 points in 69 regular-season games, but was dominant in the playoffs with eight goals and 19 points in 27 games.