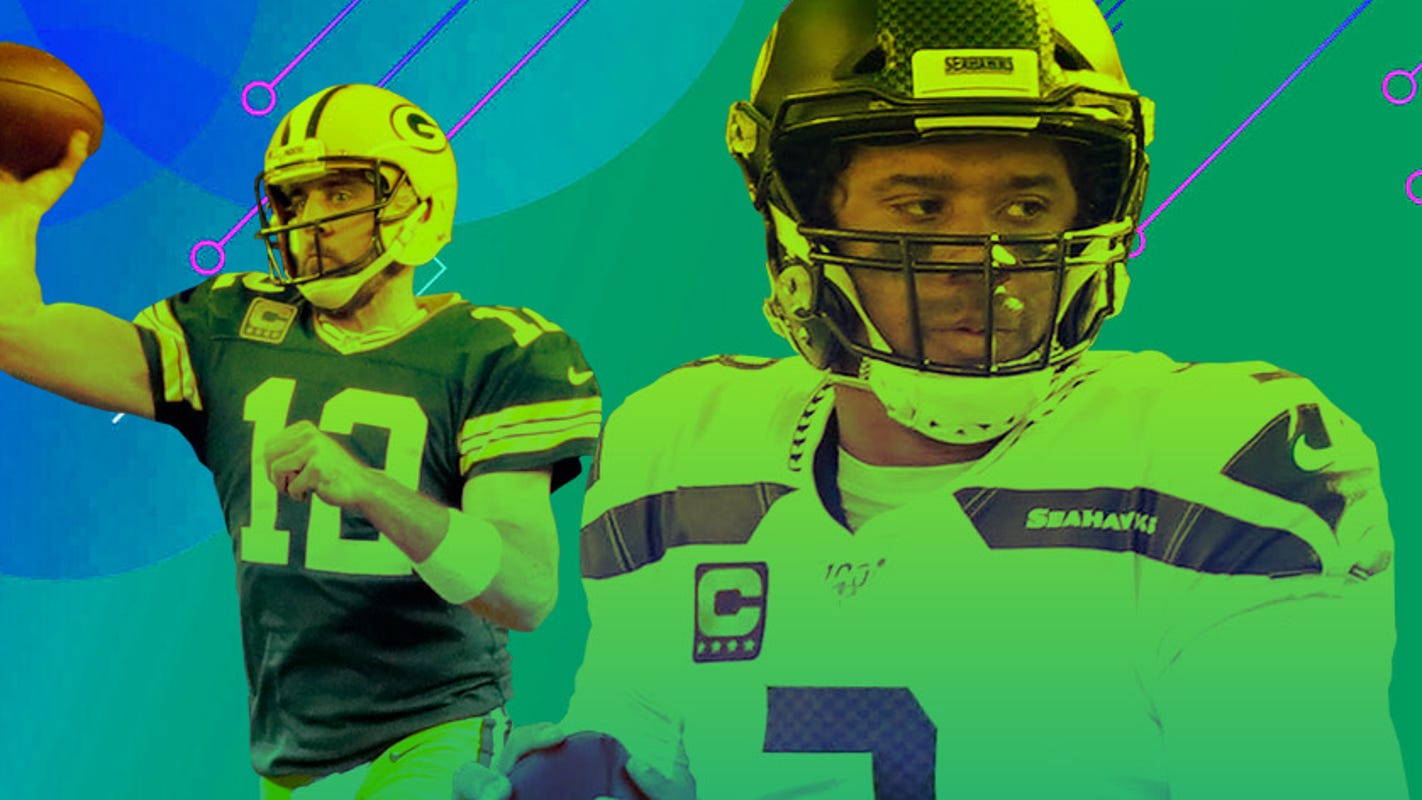 5. Steelers (5): QB Ben Roethlisberger has been around so long – 221 regular-season games – he’s now eclipsed former C Mike Webster and a lengthy list of other Pittsburgh Hall of Famers for most appearances in this franchise’s proud history.

6. Patriots (9): For all we heard about their lack of offensive weapons in 2019, you now wonder if they would have won it all by unleashing RB Rex Burkhead.

7. Titans (8): They’ve never lost (10-0) when RB Derrick Henry has at least 25 carries … so pretty obvious how Tennessee should script its first 25 plays.

Nancy Armour: Bears’ Trubisky shouldn’t be the only one losing his job

Mike Jones: From Wentz to Darnold, QBs’ struggles cause for concern

8. Buccaneers (12): Welcome back to the passing game, Rob Gronkowski … but you knew QB Tom Brady wasn’t going to relegate you to blocking tight end duties all year.

9. Rams (13): Amazing what this offense has become post-Gurley. L.A. is running more often than any other team, yet QB Jared Goff paces league with 13.7 yards per completion. Balance is a good thing.

10. Bills (11): QB Josh Allen’s growth has been impressive. But defense’s regression to date is startling. Buffalo didn’t beat Rams on Sunday, officials did.

11. Cardinals (7): A wakeup call might not be worst thing for a team that’s weathered sloppy play. Only five teams have more turnovers than Arizona’s five.

12. 49ers (10): After spending a week on the East Coast, shuttling between MetLife Stadium’s turf and West Virginia, they head home to lick their copious wounds … though reinforcements, including WR Deebo Samuel, seem to be inbound.

13. Raiders (14): If they’re going to engage in track meets every week – Las Vegas has scored 88 points but allowed 90 – they need a track star like rookie WR Henry Ruggs back in the lineup.

14. Saints (6): Has Alvin Kamara elevated himself as league’s premier back? He’s certainly its most productive, topping charts with six TDs and 438 yards from scrimmage … though it helps to follow a freak lineman like Erik McCoy.

Alvin Kamara gained 57 yards after catch on this 52-yard touchdown, +40 over expected according to our Expected YAC model.

Kamara never reached a speed faster than 15.28 MPH on the play, while Erik McCoy (#78) reached 16.22 MPH as a lead blocker.#GBvsNO | #Saintspic.twitter.com/wxKFfzUhNK

15. Colts (18): Look who’s got the No. 1 defense in the league … and it’s not even close with Indianapolis allowing nearly 65 fewer yards per game than second-ranked Pittsburgh.

This dude has some hurt coming his way next week for this gator roll. We see it on film. pic.twitter.com/r0RcQuJlni

17. Browns (21): QB Baker Mayfield won’t win your fantasy league (he’s completed 16 of 23 passes with two TDs each of the past two weeks), but it appears he’s dialing into exactly what Cleveland needs him to be – gasp, a game manager.

18. Bears (19): Yet another reminder that the NFL needs to revisit its rule for awarding QB wins and losses given Mitchell Trubisky is credited with 3-0 record.

19. Lions (28): What a difference WR Kenny Golladay makes, finding the end zone in his 2020 debut … which coincided with Detroit’s first win in 11 months.

20. Texans (22): They also started 0-3 in 2018 … and wound up winning AFC South. That’s probably not attainable in 2020, but a wild-card berth in expanded postseason field is realistic with the Chiefs/Ravens/Steelers gauntlet past and all of Houston’s divisional games still ahead.

21. Falcons (20): Their nightmare start next winds into Green Bay. After that, Atlanta faces fives teams it should easily handle … but where have you read that before?

22. Vikings (23): Only Carolina has fewer sacks than Minnesota’s three. With DE Danielle Hunter sorely missed, might be time for Mike Zimmer to ratchet up the blitz.

24. Chargers (15): Wholly unfair as it might be for QB Tyrod Taylor personally, it just makes no sense from a team perspective to pull promising rookie Justin Herbert from the lineup at this point.

25. Dolphins (25): When did Jordan Howard turn into Jerome Bettis? Howard, who’s averaging roughly 2 feet per carry, is the first back in 27 years with a rushing TD but fewer than 10 yards on the ground in three consecutive games.

26. Bengals (26): QB Joe Burrow’s 91 completions are most ever for a rookie after three games. He’s on pace to shatter Cincinnati’s single-season record (373), too.

27. Jaguars (17): RB James Robinson one of the season’s unheralded stories. No one in Duval misses Leonard Fournette with Robinson amassing 339 total yards, most ever by an undrafted player through his first three games since the common draft commenced in 1967.

28. Washington (27): Sunday’s Battle of the Beltway with Baltimore will still involve a first-place team … because 1-2 is good enough for a first-place share of the NFC (L)East.

30. Broncos (24): You’d think another 0-3 start under Vic Fangio might be an unrecoverable tailspin. But visiting Jets is a good way to start leveling out.

32. Giants (31): They were even more miserable against San Francisco’s backup JV in Week 3, which already has locals opining about QB Daniel Jones’ outlook.