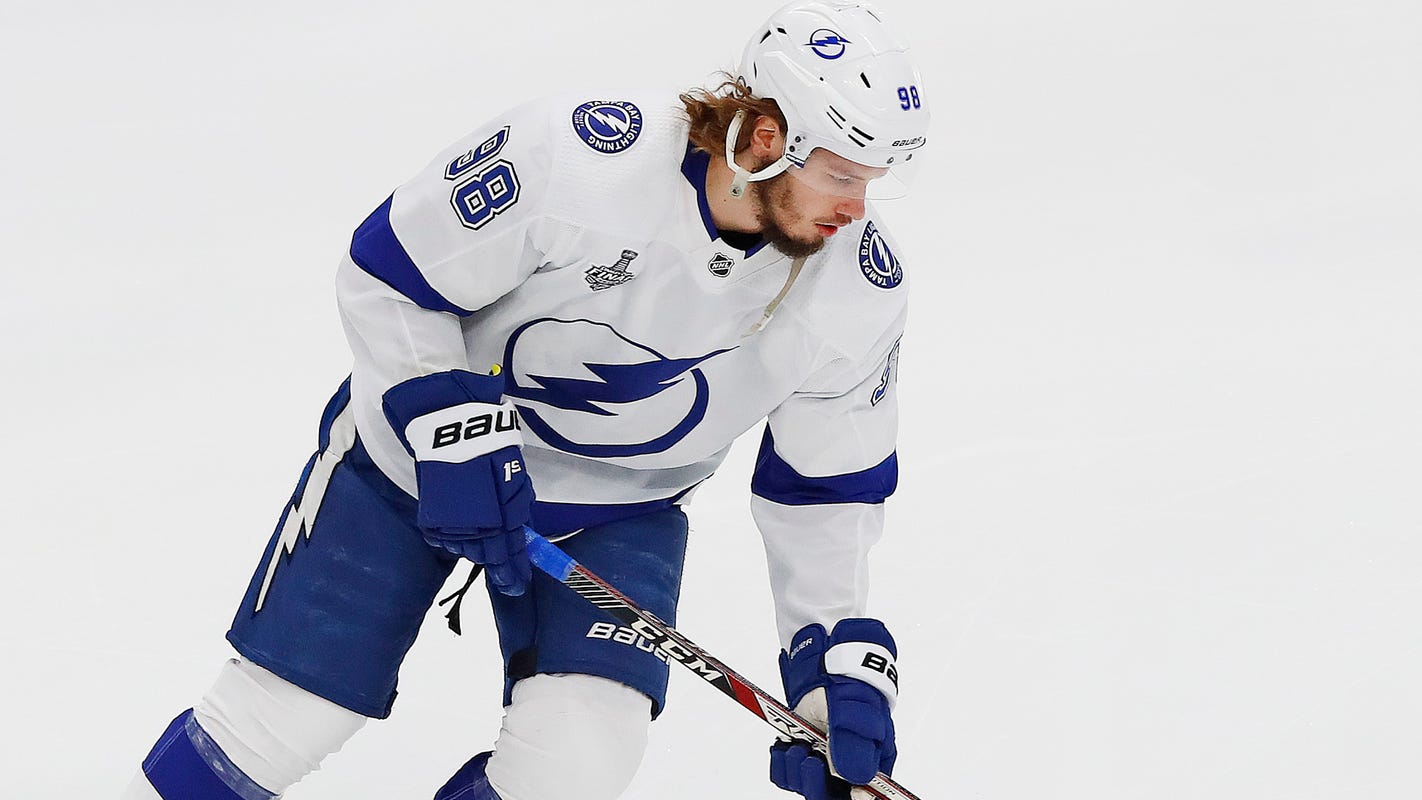 After Stanley Cup, Lightning, Stars have offseason decisions to make

SportsPulse: The Tampa Bay Lightning captured the franchise’s second Stanley Cup title and former goalie Kevin Weekes explains why it should by no means come with an asterisk.

The Stanley Cup champion Tampa Bay Lightning have had their core together for years and hope to be able to carry that forward.

Even a couple newcomers, Blake Coleman and Barclay Goodrow, are signed next season.

But defense could be an issue, with Mikhail Sergachev due a raise as a restricted free agent. Erik Cernak is also restricted.

The Tampa Bay Lightning will have to negotiate with defenseman Mikhail Sergachev this offseason. (Photo: Perry Nelson, USA TODAY Sports)

STANLEY CUP: Watching the Lightning celebrate in an empty arena was surreal

Kevin Shattenkirk, who signed after being bought out by the New York Rangers and scored in overtime in Game 4, is an unrestricted free agent. So is Zach Bogosian.

The Lightning’s projected cap hit is about $76 million, according to capfriendly.com, and the salary cap for next season is flat at $81.5 million.

The runner-up Dallas Stars have a projected $66 million cap hit, but have players to re-sign.

Goaltender Ben Bishop is signed for another three years, but he has had injury issues, including this postseason. Anton Khudobin played admirably in Bishop’s absence, and he is an unrestricted free agent.

Defenseman Miro Heiskanen, who had a breakout postseason, will be in the final year of his entry-level contract next season, so the Stars could try to negotiate an extension with the 21-year-old.

Interim coach Rick Bowness, 65, and the Stars will decide if he’ll assume the full-time job after he replaced fired Jim Montgomery during the season. General manager Jim Nill said earlier that Bowness has earned the right.