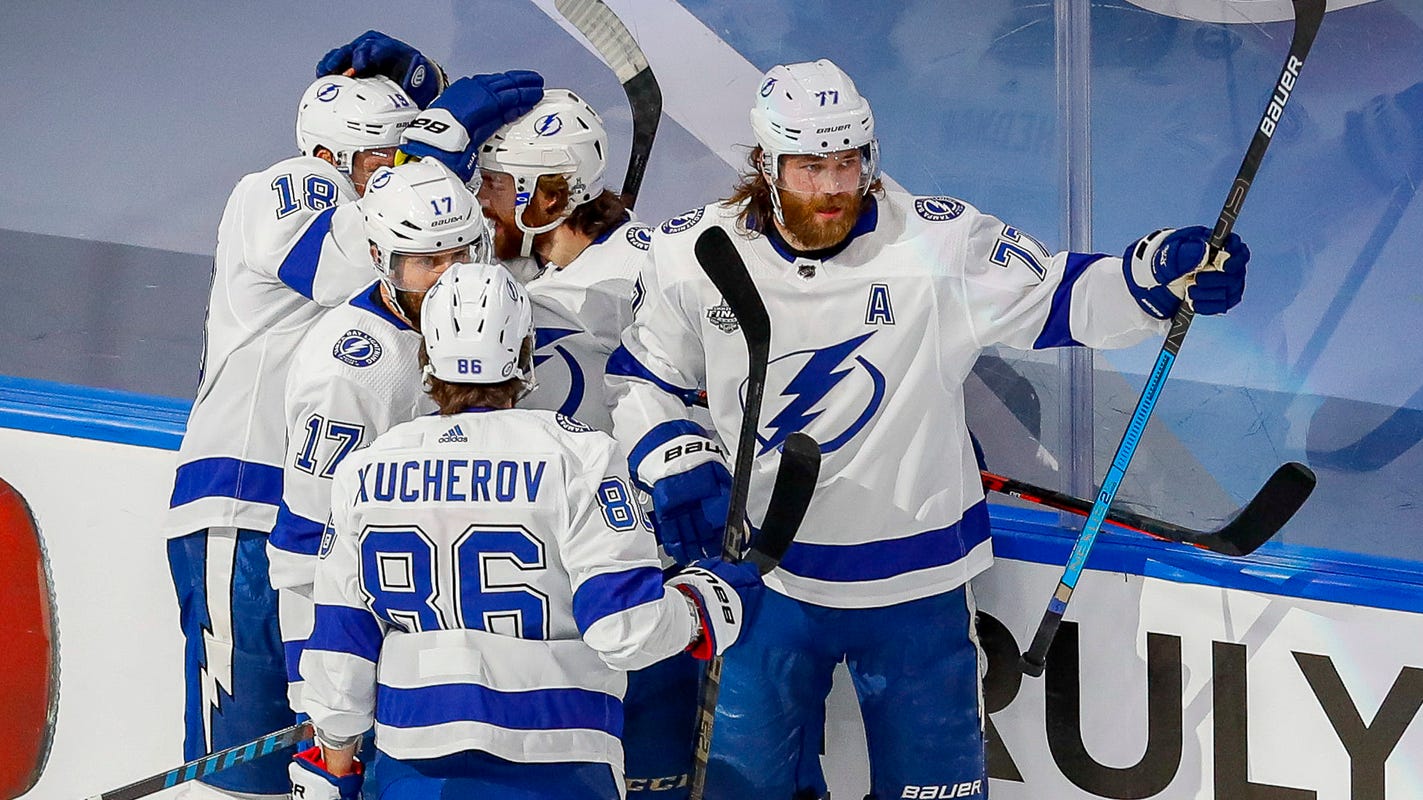 SportsPulse: The Tampa Bay Lightning captured the franchise’s second Stanley Cup and former goalie Kevin Weekes explains why it should by no means come with an asterisk.

In April 2019, the Tampa Bay Lightning skated off the ice, victims of a stunning first-round sweep by the Columbus Blue Jackets after a 62-win season.

Monday, they stayed on the ice after the end of Game 6 to lift the Stanley Cup for the second time in franchise history.

A 2-0 victory against the Dallas Stars completed the redemption tour as the Lightning went 16-6 after the round robin to win the NHL championship for the first time since 2004.

Last season’s shocker showed that skill alone was not enough to win a Cup, so general manager Julien BriseBois got busy, adding grit in forwards Pat Maroon and Barclay Goodrow and depth in forward Blake Coleman and defensemen Kevin Shattenkirk and Zach Bogosian.

That allowed them to get past the Blue Jackets, Boston Bruins, New York Islanders and Stars despite getting only five shifts from captain Steven Stamkos.

But in the end, the Lightning won a championship because their stars performed like stars this postseason.

A look at clinching Game 6:

Brayden Point gave the Lightning a 1-0 lead with a first-period power-play goal. It was his 14th goal of the postseason to give him the playoff lead.

Brayden Point gets his own rebound and opens the scoring for the Lightning, who are 11-1 in these playoffs when scoring the first goalpic.twitter.com/8IRD5idIGb

Nikita Kucherov picked up his 27th assist on the play, which ranks fourth best all-time for a single playoff season. Only Wayne Gretzky and Mario Lemieux were ahead of him.

Victor Hedman picked up the other assist to give him 22 points. He was hurt for the final two games of last year’s series with Columbus.

Maroon picked off an Alexander Radulov pass in the second period and it led to a Coleman goal for a 2-0 lead.

A bad turnover by Radulov leads to a goal by Blake Coleman to give Bolts a 2:0 lead. pic.twitter.com/EaV7Dvv5sW

It’s the second year in a row that Maroon has helped end the Stars’ season. He scored the double-overtime goal for the St. Louis Blues that knocked out the Stars in the second round of the 2019 playoffs.

Maroon won back-to-back Stanley Cups with different teams. The last person to do that: Cory Stillman (Tampa Bay, 2004, and Carolina, 2006, after the lockout-canceled season). The last to do it in back-to-back years: Claude Lemieux (New Jersey, 1995, and Colorado, 1996).

Lightning goalie Andrei Vasilevskiy had a 3.82 goals-against average in the loss to the Blue Jackets. Monday, he picked up his first shutout of the playoffs.

He was aided by a superb Lightning defensive game that limited the Stars to four shots in each of the first two periods, though he had to make back-to-back saves on Joel Kiviranta and Tyler Seguin in the third period.

Vasilevskiy, last season’s Vezina Trophy winner and a finalist this year, has given up two or fewer goals 14 times this postseason. He becomes the second Russian starting goalie to win a Stanley Cup. The first was the Lightning’s Nikolai Khabibulin in 2004.

The Stars were down five regulars for the second game in a row. Ben Bishop, Stephen Johns, Radek Faksa, Blake Comeau and Roope Hintz. The first three had yet to play in the series.

The Lightning ruled out Stamkos for the rest of the series. They brought back Bogosian, and forward Alexander Volkov made his first appearance of the playoffs. Defenseman Jan Rutta and forward Carter Verhaeghe sat out. Volkov’s appearance means he can get his name engraved on the Stanley Cup.

The NHL reported no positive COVID-19 tests for the ninth week in a row. The league said it has administered 33,174 tests to club personnel, including players, since teams entered the Toronto and Edmonton bubbles this summer.