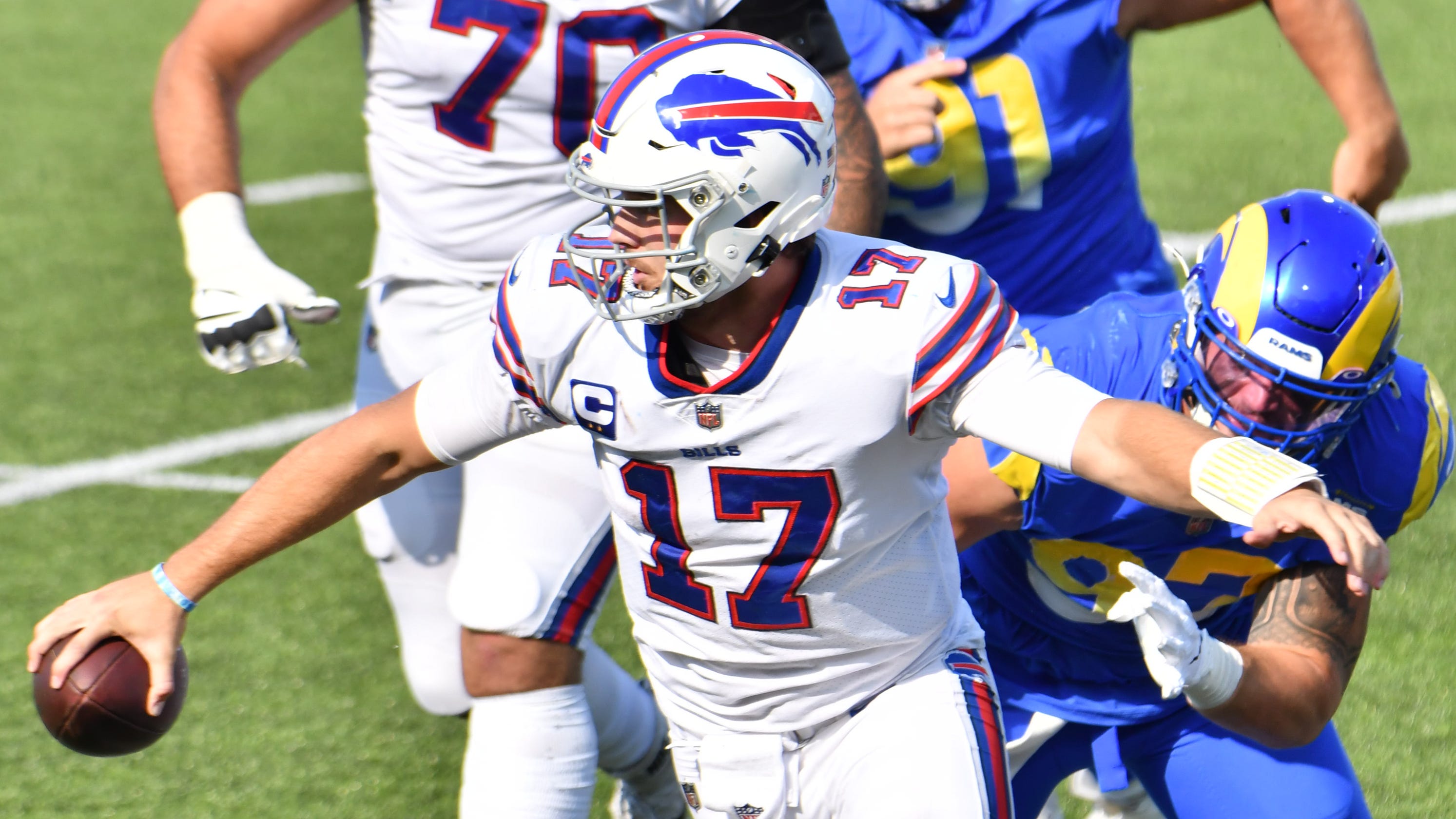 Josh Allen up, T.Y. Hilton down

These players saw their fantasy values increase or decrease most based on their performances in Week 3:

WR Tyler Lockett, Seattle Seahawks: Thirteen targets, nine receptions, 100 yards and a trio of receiving touchdowns will get you noticed. Lockett has been heavily targeted by QB Russell Wilson every week; the breakout year is here.

WR Keenan Allen, Los Angeles Chargers: The switch at quarterback to rookie Justin Herbert seems to have re-energized Allen. Against Carolina, Allen was targeted an astonishing 19 times, catching 13 for 132 yards and a touchdown.

Bills quarterback Josh Allen’s ability to make plays with his legs or his arm has put him in the upper echelon of fantasy quarterbacks. (Photo: Mark Konezny, USA TODAY Sports)

QB Josh Allen, Buffalo Bills: Allen has thrown for at least 300 yards in each of his first three games this season. His latest gem included five touchdowns (four passing, one rushing) and cemented him in the QB1 tier.

WR Justin Jefferson, Minnesota Vikings: The rookie sizzled with 175 yards receiving including a 71-yard touchdown against Tennessee. Jefferson is exactly what the Minnesota offense needs, a playmaker who can stretch the field.

K Stephen Gostkowski, Tennessee Titans: It’s not every (or any) week that we include a kicker, but Gostkowski was a perfect 6-for-6 on field goals at Minnesota — with three of them beyond 50 yards, including the game-winner.

WR T.Y. Hilton, Indianapolis Colts: While the Colts offense has been productive, Hilton has been a minor participant. He has yet to score a touchdown this year and had just three targets against a struggling Jets secondary in Week 3.

TE Evan Engram, New York Giants: Without Saquon Barkley, the Giants offense gets downgraded across the board. Engram has struggled but so has everyone. It is already looking like it’s going to be a long year for the Giants.

RB Jordan Howard, Miami Dolphins: Howard has been the goal-line back, but Myles Gaskin and Matt Breida have been getting most of the carries, plus all of the targets in the receiving game.

QB Mitchell Trubisky, Chicago Bears: What a difference a week makes. After a throwing multiple TD passes in each of his first two games, Trubisky was benched in the third quarter vs. Atlanta in favor of veteran Nick Foles. It didn’t help that Foles led the Bears to a come-from-behind victory.