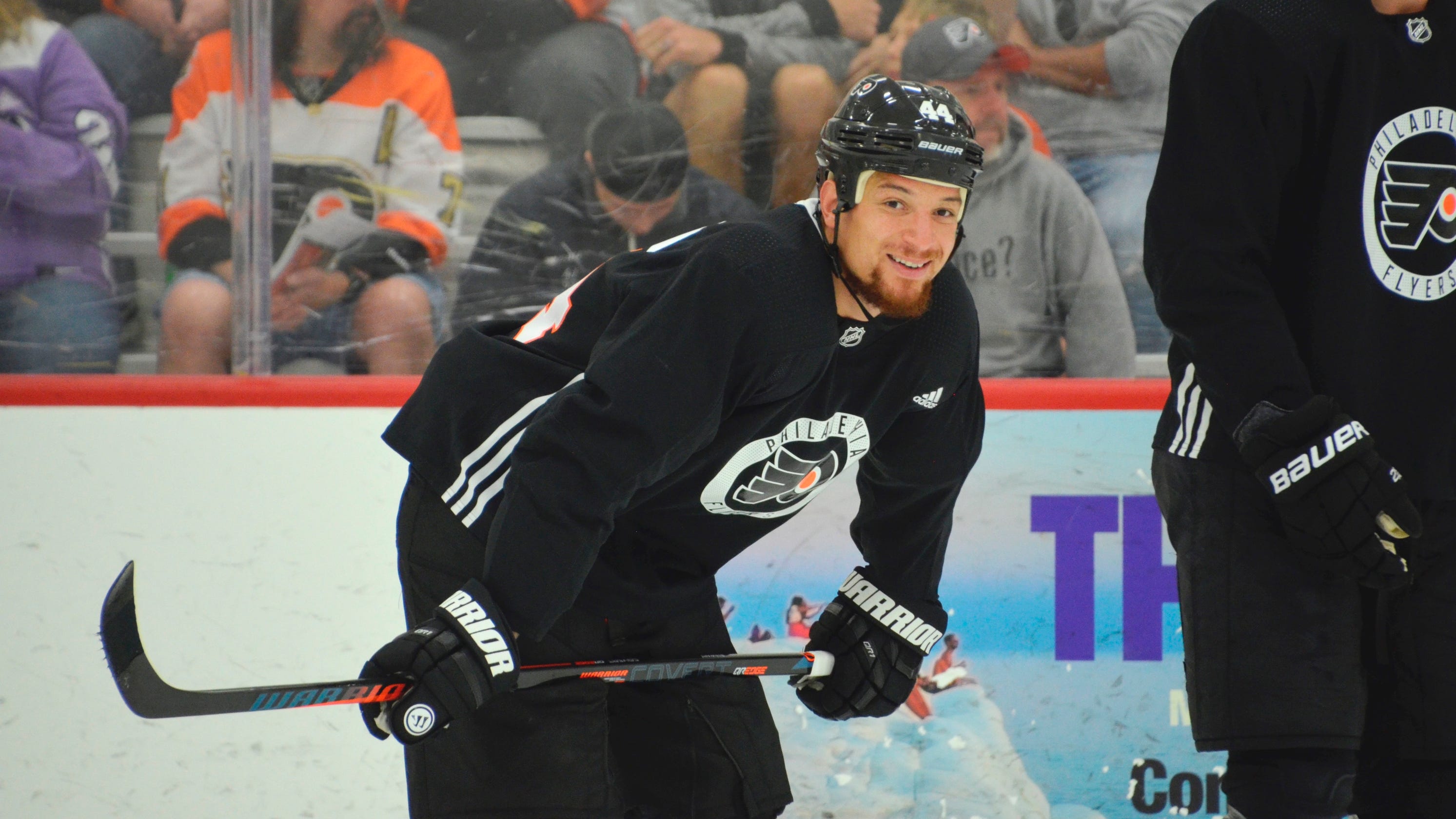 In another time and place, the Philadelphia Flyers’ hiring of Chris Stewart as player development coach probably wouldn’t draw all that much attention.

But this is 2020 and the National Hockey League is making a point to improve and enhance its inclusion policy for all ethnic groups and nationalities.

The Flyers made a positive statement on Monday by naming Stewart to the position.

While Stewart, who retired after playing for eight different NHL teams, knows hockey inside-out and his hiring stands on its own merit, it’s worth noting some people believe moves such as these can lead to the possibility of a Black NHL head coach someday.

There has been only one Black head coach – Dirk Graham of the Chicago Blackhawks – in the history of the NHL and he lasted less than a full season back in 1998-99.

Stewart could end up in the running for such a position in the years ahead.

As a member of the newly formed Hockey Diversity Alliance, Stewart knows a move like this demonstrates progress.

“For sure,’’ Stewart said during a media conference call. “Getting hired and seeing some people in different positions, I think it’s a step in the right direction.

“As far as the Alliance, we’re currently working on some pilot programs that we’re looking to roll out here at the top of the year (2021). We do have some big announcements that we’ve been working on the last couple months.’’

Who knows? Stewart could be the one who pioneers the 21st century movement by running a team someday, either as a coach or GM.

“I think this is just getting my foot in the door,’’ Stewart said. “There’s tons of experience in the guys that I’m eager to learn under.

“As far as the future, I don’t want to go too far down the road. I’m still a young guy (32). I have three kids, I want to enjoy my family. I do want to get my foot in the door here and start building something post-career.’’

Stewart played only 16 games for the Flyers last season and a handful more for the Lehigh Valley Phantoms. Injuries kept him off the ice for a large portion of the campaign.

He knew he wanted to stay in the game and this is a good opportunity to do so.

“I think it was a pretty easy decision,’’ Stewart said. “When I was offered the position, I’d always had aspirations of staying involved in hockey once I did decide to retire. With a prestigious organization like the Flyers and having my relationship with the management there over my career, I think it’s going to be a great fit.’’

Stewart’s relationship with GM Chuck Fletcher probably played a major role in this hiring. The two go back a long way.

Stewart was acquired by Fletcher as GM on three separate occasions. He traded for Stewart on March 2, 2015, at the deadline with the Wild, and again signed him as a free agent on July 1, 2016, to join Minnesota for the 2016-17 season.

Fletcher then signed Stewart to a Pro Try-Out in July 2019 to join the Flyers at training camp and later signed him to a one-year contract on Oct. 15, 2019.

“The Flyers are excited to have Chris Stewart join our team in a hockey operations role after an excellent career in the NHL,” Fletcher said.

“I’ve known Chris for a long time and have admired the way he plays the game, but also how he conducts himself off the ice as a true professional and leader in the locker room. He will be a valuable asset to help mentor our young players and shape their future as Flyers.”