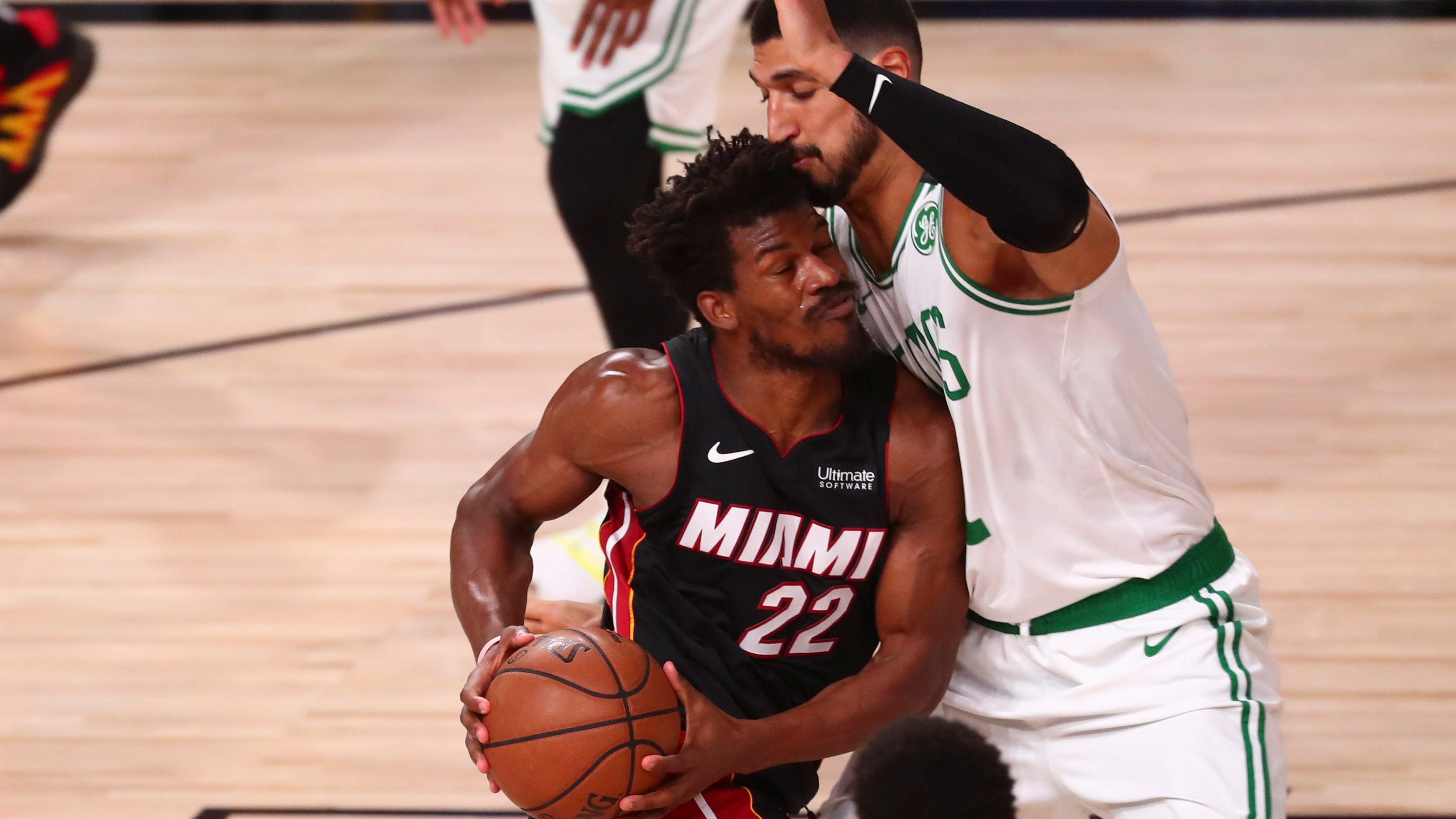 LAKE BUENA VISATA, Fla. – Pat Riley doesn’t always close the deal. But when he shoots his shot and makes it, it’s nothing but net.

That’s what happened when the Heat pursued Jimmy Butler in free agency more than a year ago.

When Butler walked into the meeting with Riley and Heat coach Erik Spoelstra, one of Butler’s favorite musicians, singer-songwriter Dermot Kennedy, was playing through the speakers.

Butler’s style can be perceived as abrasive. It didn’t work with Minnesota, and it didn’t fit with Philadelphia.

He wanted a team that embraced some conflict or at least wasn’t afraid of open dialogue, criticism and hard work. The Heat wanted the same in Butler.

Heat forward Jimmy Butler finally is getting recognition he deserves as an NBA player with Miami in the Finals. (Photo: Kim Klement, USA TODAY Sports)

Spoelstra recalled that free-agent meeting with Butler in June of 2019. Besides Dermot Kennedy’s music, the Heat had an elaborate presentation prepared.

“Jimmy Butler was one of the most amazing recruiting visits we’ve ever had,” Spoelstra said. “Last June, it was so conversational, and you just felt like after 20 minutes – we were so aligned in how we viewed competition and work and culture, everything. We never even got into a pitch with him. We really just had dinner.

“We were talking shop and he interrupted Pat and I after dinner, probably five minutes into just a conversations, and he said, ‘By the way, I’m in.’ We’re like, ‘What? We haven’t even given you our pitch yet.’ ”

Said Butler: “They told me, like, ‘Yo, you’re the guy that we want. We’re coming after you.’ It was like, say no more. To be wanted, that’s what anybody wants in the world, not just basketball.”

“You’re in it collectively, having a mentality of coming together and sacrificing for your brother,” Haslem said. “It’s something we take seriously. You have to be committed mentally or your body will never follow. It’s demanding on and off the floor.”

The Heat are unyielding. If a player doesn’t pass the preseason conditioning drill, he can’t participate in practice until he does. Media and charitable appearances are required. Riley sets the agenda.

That kind of mental and physical strength is a reason the Heat excelled in demanding bubble conditions.

Butler spearheads it on the court. The Heat were the fifth seed in the Eastern Conference, but they acquired Andre Iguodala and Jae Crowder at the February trade deadline. It made them contenders, and by the time the Heat got to the postseason in the bubble, they were ready to make a run.

Butler can score 40, 20 or zero points, and if the result is a victory, he doesn’t care about individual stats. If all he needs to do is play defense, that works.

“I always just wanted to win, do whatever it took to win,” Butler said. “Nobody is taking it personally because we all have the same agenda. It’s not for stats. It’s not for fame. It’s not for none of that. It’s to win a championship. My leadership style, it works here.”

While accountability caused issues with the Timberwolves and Sixers, it hasn’t in Miami. It’s not just tolerated. It’s embraced. No one is afraid to demand better from a teammate.

“Jimmy’s a good leader,” Iguodala said. “We haven’t had any altercations. I haven’t experienced that, and I don’t think I will experience what other people are talking about. I think he just wants to win. If anything, Bam (Adebayo) is the guy getting on guys and in their faces.”

Butler’s approach didn’t work in Minnesota or Philadelphia, and last summer, other teams wondered if Butler’s style was worth it. In Minnesota, he clashed with a younger roster that didn’t appreciate the effort required to win in the NBA and balked at his intensity. In Philadelphia, he joined a team that avoided accountability in film sessions while pretending everything was fine.

“So much of this league is just about alignment,” Spoelstra said. “Who cares what you believe in. Who cares what your culture is. Can you acquire a group of people that are aligned in whatever that vision is?

Butler also empowers. He wants Adebayo to be a star. He encourages Tyler Herro’s and Duncan Robinson’s 3-pointers. He wants Goran Dragic to thrive at 34 years old.

And it makes you think that Jimmy Butler wasn’t the problem when he played for other teams.