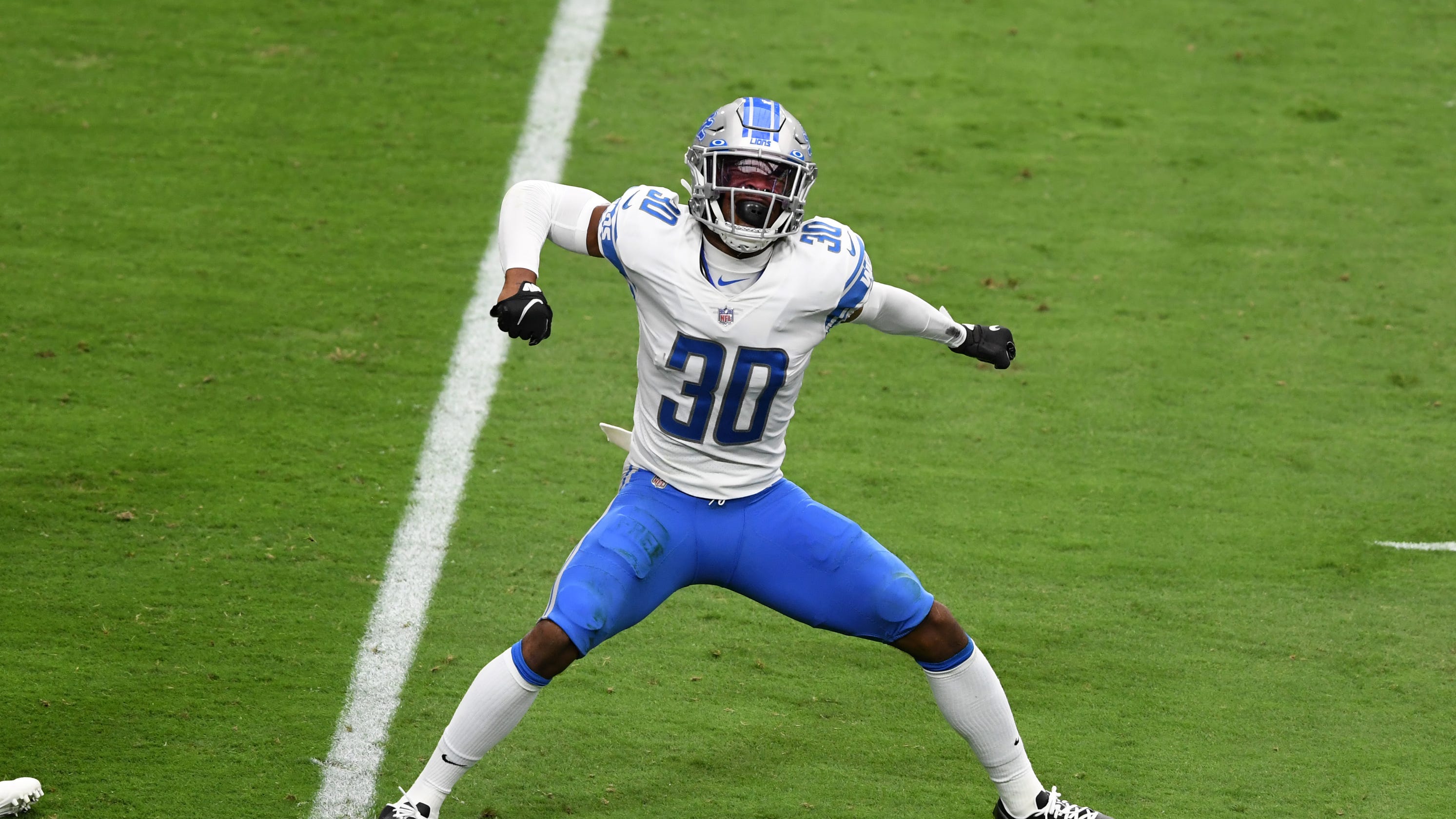 Detroit Lions’ Jeff Okudah ‘was tired of being disrespected’

Jeff Okudah heard the criticism. After an underwhelming debut, and with his team off to an ugly 0-2 start, there was too much of it to ignore.

The Detroit Lions earned all the contempt that came their way the first two weeks of the season, when they blew double-digit leads in back-to-back division losses while committing a slew of compounding mistakes.

Penalties led to turnovers, which led to points for the other team, and players like Okudah, the No. 3 pick in April’s draft, looked completely overwhelmed on the field.

On Sunday, against rising-star Kyler Murray and the red-hot Arizona Cardinals, none of that was the case.

The Lions played turnover-free football for the first time this season. They were resilient in the face of mistakes, including after one almost-killer holding penalty with 2 minutes to play. And Okudah, despite another bumpy day — his frozen-in-place attempted tackle of Murray on the goal line won’t soon be forgotten — had moments where he looked like he belonged.

“For me, it’s been a learning experience,” Okudah said. “Obviously, going against some of the top receivers in the game. My first game was against Aaron Rodgers and Davante Adams, so I think that to get thrown into the fire, that’s kind of the way that I like it because I’m able to kind of adapt on the fly (to) the challenges that maybe other guys don’t see a lot. So it’s something that I’ve been embracing and I’ve been approaching with a lot of humility.”

Rodgers, a two-time NFL MVP, and Adams, a three-time Pro Bowler, mostly had their way with Okudah in his debut last week, a 42-21 Packers victory.

Undeterred, the Lions flipped Okudah to the right side of their defense Sunday and asked him to cover All-Pro receiver DeAndre Hopkins, who stays primarily on the left side of the formation in Arizona’s up-tempo offense.

Hopkins had game highs of 10 catches for 137 yards, not all of which came against Okudah, but the Lions confused Murray enough with clouded passing lanes and a disciplined pass rush to force three interceptions and leave the desert with a 26-23 win, their first of the season.

“We said all week, with Kyler being in the pocket, it’s tough for him to see,” safety Duron Harmon said. “He’s 5-9 behind 6-5 guys so sometimes he sails the ball a little bit, so we said all week just be ready for those tips and overthrows.”

Harmon picked off his first pass of the season on one such throw — an errant pass that deflected off tight end Dan Arnold’s fingers on Arizona’s opening drive.

Okudah had his first career interception two quarters later on a play he said was reminiscent of one he made in college against Nebraska last year.

Murray scrambled to his right, trying to buy time for his receivers to get open on third-and-12, then threw back across the middle of the field but behind Hopkins and into the arms of a diving Okudah.

When Hopkins stood momentarily still, frustrated at the inaccuracy of the pass, Harmon made a heads-up block on the veteran receiver and Okudah sprang to his feet and returned the ball 36 yards into Arizona territory to set up a short Matt Prater field goal that gave Detroit a 20-16 lead.

“You have to put your head down and keep grinding and got to catch the ones that are thrown to you pretty much,” Okudah said.

Okudah’s pick came three plays after he was flagged for defensive holding and near a sequence when he twice left the field in exhaustion, gassed from the pace of Arizona’s relentless offense.

First, Okudah tapped out for a snap, drawing the wrath of Lions coach Matt Patricia. Then, on the series after his pick, he crouched hunched over on the sideline after forcing Murray out of bounds on a 5-yard scramble.

This is what I was talking about. Okudah makes the tackle, tells someone to go in for him on 3rd down, and Patricia seems pissed. pic.twitter.com/OTsHJmiyi2

Eventually, Okudah got to his feet and walked off under his own power, making a beeline to the Lions bench where trainers hooked him up to an oxygen mask. A few dozen puffs and a few plays later, he was back on the field.

“I was pretty exhausted,” Okudah said. “This is a high-octane offense. I just needed (a break), honestly.”

Okudah’s postgame candor was more refreshing than his in-game conditioning was disturbing — he played 59 of 65 defensive snaps — and all of it was a microcosm of both where he and this Lions team are three weeks into the season.

Neither is the hopeless cause some feared after two weeks, but neither has arrived yet, either.

Okudah’s baptism by fire continues next week when the Lions host the New Orleans Saints, albeit probably in a lesser role with Desmond Trufant eyeing a return from a hamstring injury.

And the Lions no longer look destined to blow everything up at next week’s bye, though they’re still a long way from being the playoff contender they need to be to ensure everyone’s job.

“Something that we’ve always preached is new week, new opportunity,” Okudah said. “That’s something that the whole defense carried on going into this game and came out with the win.”

It’s one week and one win, but for Okudah and the Lions, it might be a start.