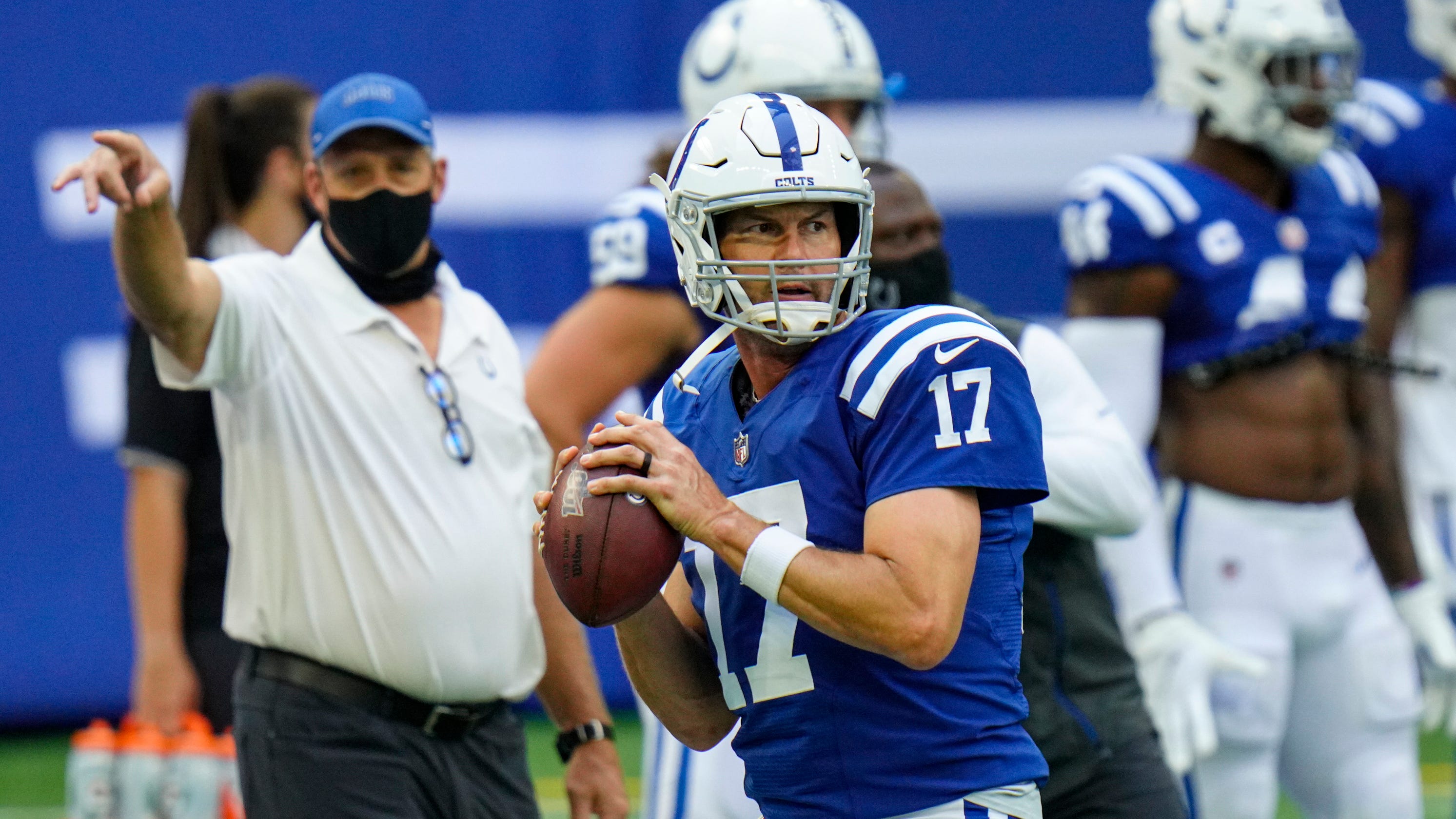 Philip Rivers joined NFL greats with milestones. But did anyone know?

INDIANAPOLIS — Mo Alie-Cox had no idea he was on the receiving end of NFL history. The Indianapolis Colts tight end only learned that his massive hands snagged quarterback Philip Rivers’ 400th career touchdown pass after Sunday’s 36-7 blowout of the New York Jets.

No one mentioned the milestone to him during the game. Coach Frank Reich didn’t even bring up the accomplishment during this post-game victory speech to the team. The only reason Alie-Cox knew anything about it at all was because he was standing within earshot while the media was quizzing Rivers about his achievement on the postgame Zoom call.

If not for that, it’s possible Alie-Cox might never have known Rivers joined Drew Brees, Tom Brady, Peyton Manning, Brett Favre and Dan Marino as the only quarterbacks in NFL history to throw 400 touchdown passes.

But, it seems, that’s the way Rivers wanted it. No pregame hype. No midgame fanfare. No post-game festivities. Just the business of going 1-0 this week and enjoying a job well done.

“I was aware of the milestones, but I didn’t come into the game thinking about them,” Rivers said. “You feel like if you are healthy enough, those things will kind of come as the season goes. It was about trying to win our second in a row, be 1-0 this week. I know those are boring answers to you guys, but it’s what we believe in the locker room.”

Reich has harped on this since the Colts signed him, but a major aspect of Rivers’ character — of what makes Rivers so beloved to 17 seasons worth of teammates — is his unselfishness.

Think about what went down Sunday. Rivers was on the precipice of NFL history. Surely there have to be quarterbacks who would have liked to reach major NFL milestones by setting the field ablaze and throwing for 400 yards and four touchdowns — something Rivers has done 11 and nine times, respectively, and remains perfectly capable of doing.

Let’s be honest: Rivers had to be drooling while watching tape of a banged-up Jets secondary filled with Colts castoffs. He probably could have carved up that secondary Sunday. If he’d asked, Reich might have called that game for him.

But lighting up the Jets wasn’t required. It wasn’t necessary to a Colts victory. Instead, Reich asked Rivers to play the part of a subdued technician, carefully picking his spots while letting the running game (119 yards) and defense (two touchdowns and a safety) do the heavy lifting.

Rivers happily complied. Just like he did nearly two decades ago.

“There was a time in Athens, Alabama,” Rivers remembered, “you know we threw it seven times in a playoff game where you could’ve thrown it a bunch when college coaches were there and it ended up we didn’t throw the ball. I said, ‘Dad (his coach), let’s keep running it, they can’t stop it.’”

Last week, Rivers wondered aloud why it’s so heinous for a quarterback to be tabbed a game manager. Sometimes, sure, it’s a quarterback’s job to carve up a secondary and rack up video game numbers. And those days are a heck of a lot of fun for quarterbacks. But sometimes, a quarterback’s job is knowing when to (mostly) get out of the way. Sometimes the job is to hand the ball off 31 times and not turn the ball over and let his teammates dominate

Those days are pretty fun, too, Rivers said.

Rivers’ numbers Sunday — 17-of-21 for 217 yards, a touchdown — were far from gaudy, but make no mistake, Reich said, Rivers was superb.

“Philip played unreal football today,” Reich said. “Today he was near flawless today. We will see the film, but just so accurate with the football, so many good decisions.  … Here’s what’s great, Philip – even though he has great stats — he’s not a stat guy. We’re at a stage where we have a good football team and we’re not worried about stats. We play efficient like that on offense … we’ll win a lot of games.”

Rivers won’t deny he’s proud of all he’s achieved during his 17-year career. He didn’t pretend 60,000 passing yards and 400 touchdowns didn’t mean anything to him. He admitted — after some pressing — that he made sure a Colts ballboy snagged the ball Alie-Cox caught.

There aren’t many keepsakes in NFL outside of Super Bowl rings, but when you join a list that includes the names of just five other passers — and those names are Brees, Brady, Manning, Favre and Marino — you don’t let them slip through your fingers.

So yeah, when he gets home Sunday night, he’ll talk to his wife about it, respond to a few of the congratulatory text messages blowing up his phone. He’ll probably call his dad, too, and reflect on his career. Maybe, he said, they’ll talk about the first touchdown pass he ever threw in the NFL — a 13-yarder to Malcolm Floyd against the Chiefs at Qualcomm Stadium, set to be demolished sometime in the near future — and a few of the other ones that stand out.

“I think it’s okay when you’re not consumed with it or caught up in it to allow yourself to go, ‘Man, gosh,'” Rivers said. “Really it’s just overwhelming thankfulness.”

Rivers deserves to enjoy the moment. But he also wanted to make sure everyone knew that after giving himself Sunday night, Monday would be back to business of going 1-0.

The Bears, he said, somehow already knowing they’d rallied to defeat the Falcons despite being on turf at Lucas Oil when it happened, are riding high.

“We go to Chicago next week, in Chicago and they came off a big come-from-behind win in Atlanta, so we got to go find a way to be 1-0 next week.”