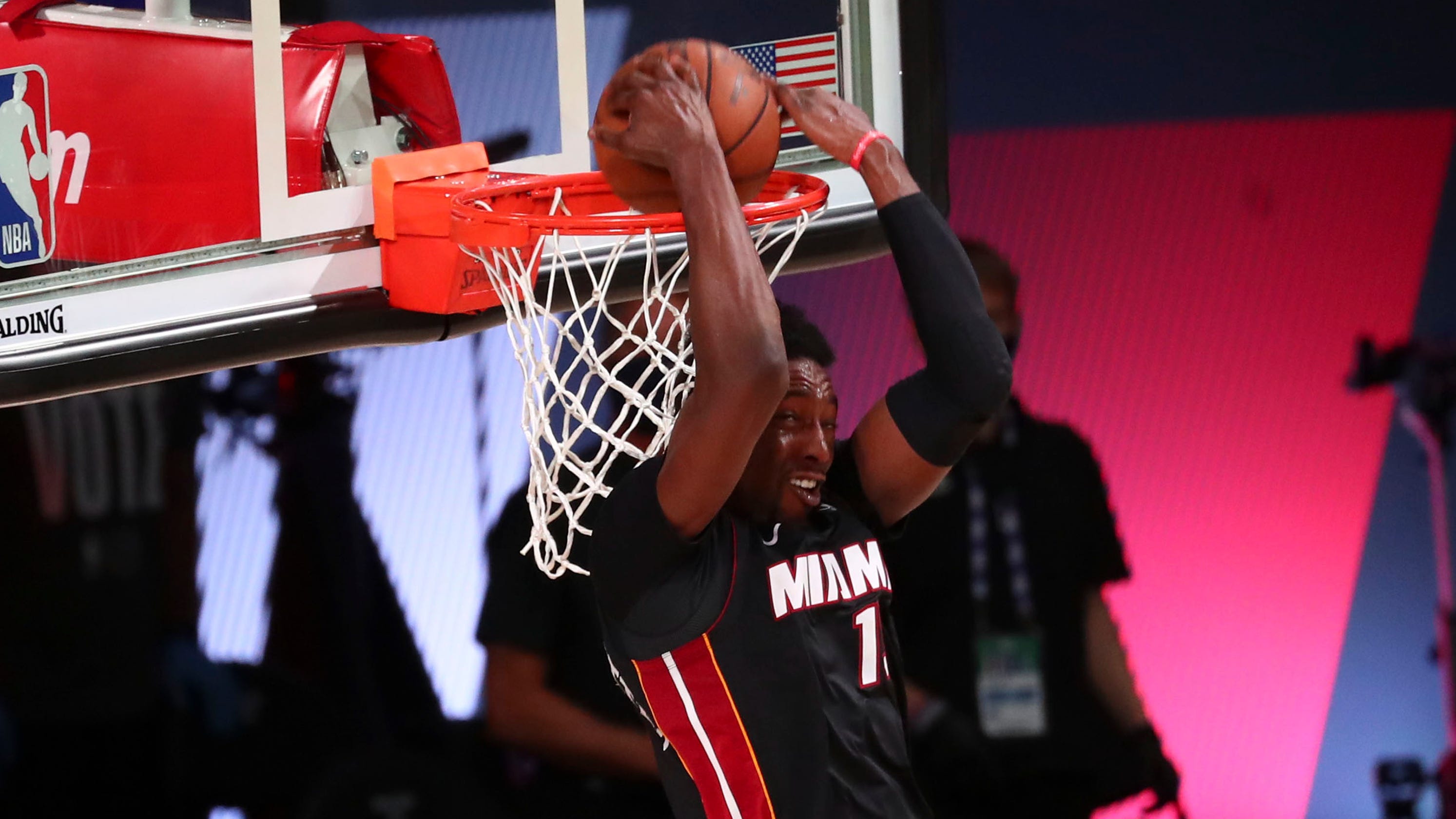 But he appreciated that Adebayo wanted to take responsibility for his performance.

“He didn’t let anybody down. We played bad as a whole,” Butler said. “But I love the fact that he wants that pressure. He wants all of that on his shoulders. That’s why he’s the heart and soul of this team.”

Following what Adebayo called a bad game offensively and defensively, the Heat center dominated Game 6 with his scoring and rebounding and catapulted the Heat to the NBA Finals with a 125-113 victory over the Boston Celtics on Sunday.

“That’s what stars do,” Butler said. “He’s put himself on the map since he’s come into the league, and he’s huge for us, will continue to be that for us, and he knows how special he has to play in these next four wins.”

In the fourth quarter with the game on the line and the Celtics leading 96-90, Adebayo took over. He had 10 points and seven rebounds in the final 12 minutes.

“After Game 5, I put that on myself that my teammates would never have that type of performance from me again,” Adebayo said. “For those 24 hours, I was locked in, and my family know how I get when I play bad, or especially we lose, I put that on my shoulders because I feel like I could have done something different. (Sunday) I did something different and came out being extra aggressive and just locked in.”

Adebayo made the All-Star team for the first time this season and finished a close second to New Orleans’ Brandon Ingram for the league’s Most Improved Player award in 2019-20.

Adebayo is just another example of the Heat’s front office savvy and the player development expertise of the coaching staff. The Heat selected Adebayo 14th in the 2017 draft. He was still a lottery pick, but other teams passed on him.

The Heat valued Adebayo’s footwork, energy and defense and were determined to work on his offense. This season, he averaged 15.9 points, 10.2 rebounds, 5.1 assists, 1.3 blocks and 1.1 steals and shot 55.7% from the field.

“That preparation, my coaching staff really put it in my mind that that’s something I could be,” Adebayo said. “Just got to keep being aggressive and doing my thing.”

Adebayo has developed a sound offensive game, especially in pick-and-rolls as a finisher at the rim, expanded his range on jump shots and is one the most versatile defenders in the league with his ability to protect the paint and guard smaller players on the perimeter.

“Bam is one of the great competitors already in this association,” Heat coach Erik Spoelstra said. “He’s going to become one of the great winners in the history just because he’s so competitive. He moves the needle in every single day.

“You can’t put an analytic to his game and that’s probably why he was overlooked in college. He competes every single possession. He’s really going into a leadership role. Way beyond his years. His offensive game is just growing daily.”