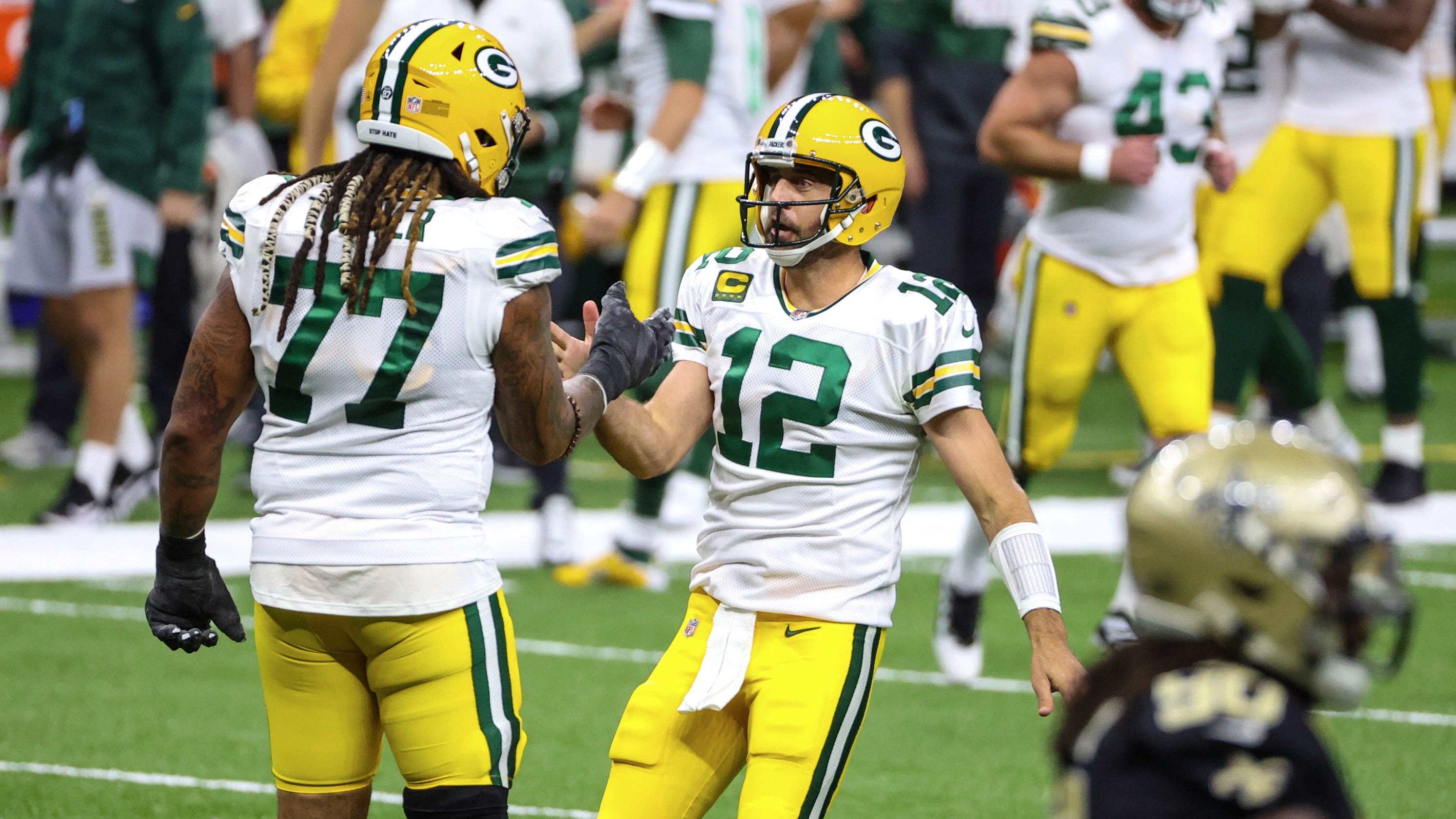 It wasn’t the full ferocity of a Superdome crowd on Sunday night, but the Green Bay Packers offense continued its early-season ascension in prime time.

The Packers hit the 30-point mark for the third straight game to start 2020, beating the host New Orleans Saints 37-30.

The Packers’ offense was nearly matched by the Alvin Kamara show. Kamara, one of the NFL’s premier running backs, was the best player on a field that included Drew Brees, Aaron Rodgers and Aaron Jones. There will be plenty of missed tackles for the Packers to dissect on film Monday, including six on a 52-yard touchdown in the second half.

Kamara finished with 139 yards receiving, 58 rushing and two TDs. But the Packers offense did just enough to withstand Kamara’s highlights.

Rodgers continued his impressive early-season resurgence. Without top receiver Davante Adams, who was inactive because of a hamstring injury, Rodgers torched the Saints secondary. He finished 21 of 32 for 283 yards, three touchdowns and no interceptions. It’s the third straight game to start the season that Rodgers has had a passer rating above 100. His passer rating through three games is 121.7, far exceeding the 95.4 he posted last season.

Allen Lazard, who had been somewhat quiet through the season’s first two weeks, replaced Adams as Rodgers’ favorite receiver.  Lazard had six catches for 146 yards (including a 72-yarder) and a touchdown.

Za’Darius Smith had a mostly frustrating night, but he broke through for a game-changing play when he forced Saints backup quarterback Taysom Hill to fumble in the fourth quarter. Smith recovered the fumble, and the Packers took the lead on a 49-yard field goal from Mason Crosby on their next possession.

The Packers seized control from there. They scored a touchdown pass from Rodgers to Robert Tonyan.

In Kamara’s shadow, Aaron Jones had a relatively quiet night. He had 69 yards on 16 carries, adding 17 yards on two receptions, but a critical 1-yard touchdown on fourth-and-goal gave the Packers a 20-17 lead late in the third quarter.

For all the offense — the two teams combined for more than 700 yards midway through the fourth quarter –— it was the Packers who got just enough defense.

It’s the second straight season the Packers have started 3-0, but their early-season success in 2020 feels much different. The Packers struggled on offense early last season. It wasn’t until their fifth game that the team hit the 30-point mark, something it wouldn’t do again until the middle of October.

Already, the Packers’ offense has looked better than at any point last season. The question now is whether it will have the defense to match. While the Packers hardly had a dominant defense last season, it made enough game-changing plays to tilt the field. Those plays have been fewer early in 2020, though the offense’s productivity hasn’t hurt.