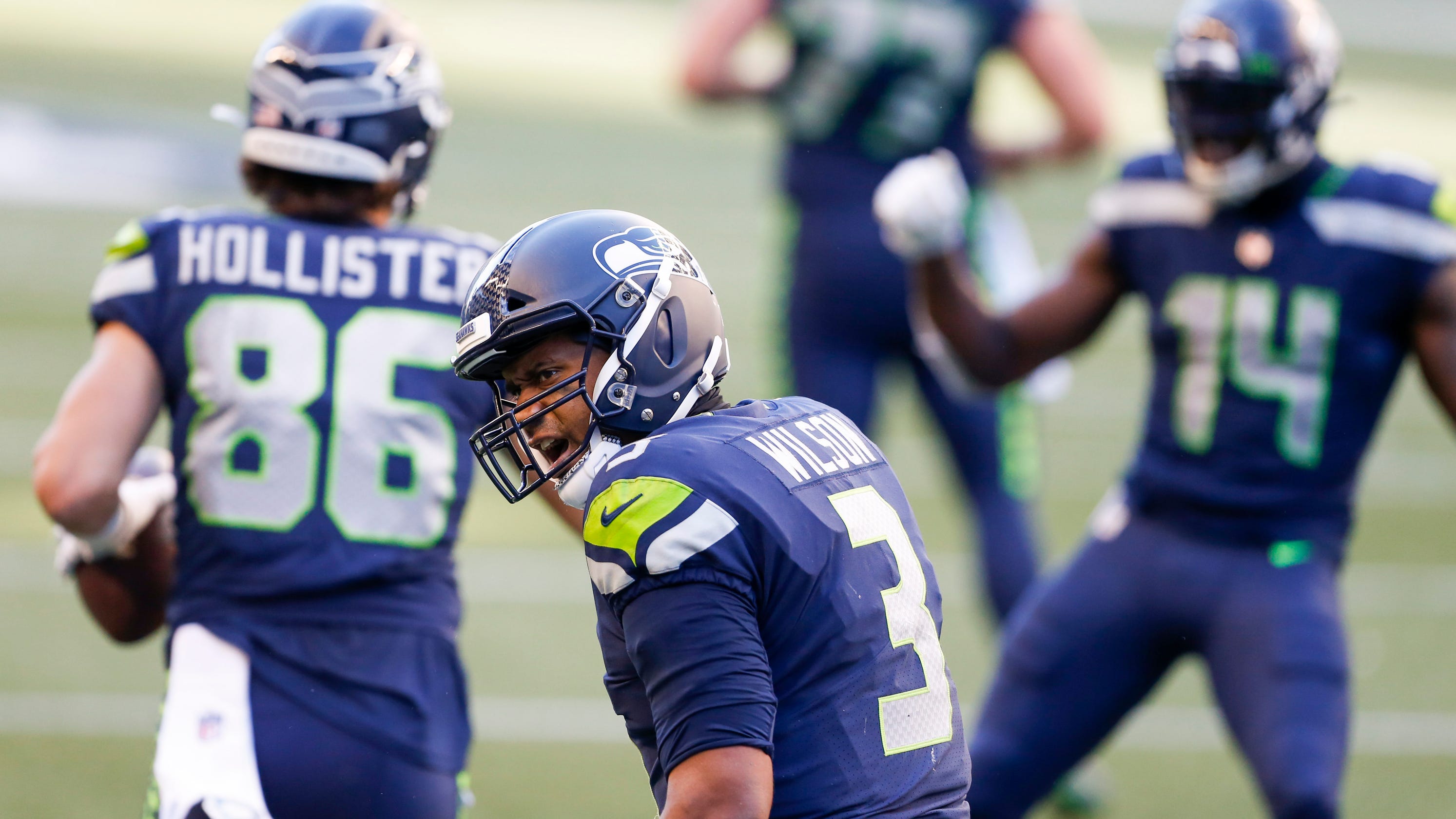 SEATTLE — Without the 12s, the noise and all the electricity typically packed into CenturyLink Field, it didn’t quite feel like a real Seahawks game on Sunday with so much missing.

But it turned out to be real enough.

The Seahawks had another one go down to the wire. Fans in the stands or not, this has become the identity. Close or fold. Maybe they just love the drama.

“I know this sounds a little sick, but I kind of like it like that,” coach Pete Carroll said after the Seahawks (3-0) stayed perfect with a 38-31 victory against the Dallas Cowboys that wasn’t decided until the final six seconds when Ryan Neal – promoted from the practice squad on Saturday – intercepted a Dak Prescott desperation pass in the end zone.

That’s easy for Carroll to say when he’s on the sideline rather than in the trenches. And when his team won again. Carroll probably still likes roller coasters, sky diving and horror flicks, too. You know, adventurous stuff.

It also helps that he has Russell Wilson on his side. The man who has never received even a single vote for league MVP during a brilliant NFL career spanning eight-plus years pulled out a win by directing a game-winning drive in the fourth quarter for the 33rd time – more than anyone else since he entered the league in 2012 – to douse Dallas’ hopes for a comeback win.

The game-winning score, a 29-yard pass to DK Metcalf, came with 1:47 on the clock and was his fifth scoring strike of the day. Like the others, his target had plenty of separation and Wilson made it look as easy as hitting the broad side of a barn.

The Seahawks WR makes up for his early blunder by hauling in a TD to put Seattle ahead late!

Of course, Wilson is dropping dimes all over the place – in tight windows, with heat, with touch, under duress, without pressure, whatever the case – while starting 2020 in a serious zone. He entered the game on Sunday as the NFL’s top-rated passer with a 140.0 efficiency rating and left with 14 TDs – more than anyone through three games in NFL history.

But it’s not always about the stats and records.

In this nip-and-tuck NFL universe, it’s also about timing. Or, as Wilson put it, “Be clutch when you need to be clutch.”

The Cowboys (1-2) rallied from a 15-point deficit to take the lead with just under four minutes remaining. They, too, know something about these close contests and the idea that no lead is safe in the NFL. A week earlier, Dallas hung one on the Falcons. But the Seahawks are a different type of bird.

After Dallas took the lead, Wilson told his teammates: “This is the deal. If you want to be a championship team, this is it.”

Wilson said the game-winning drive was a testament to the Seahawks’ identity. And he believes it. He’s the one who spews so many affirmations that he embodies what that classic book, “The Power of Positive Thinking,” was all about. He doesn’t always win. But there’s a consistency about his upbeat demeanor that resonates. He threw a goal-line pick in crunch time of a Super Bowl and didn’t flinch. He just smiles and shrugs about it, then tells you how much he hates losing. Of course, he’s won way more often than not, including with last-minute heroics in winning two NFC title games.

So when Sunday came around and there was a game to be won – before the TD throw to Metcalf capped a 75-yard drive, Wilson converted on fourth-and-3 with an 11-yard completion to Greg Olsen – there was no sweating the situation he’s embraced so often.

That mentality has rubbed off on his team, which tends to happen for guys like Wilson.

“We will find a way,” said Tyler Lockett, the sixth-year receiver who caught three touchdowns on Sunday. “That’s always been the history around here.”

This history is getting some new layers. The Seahawks are 3-0 for the first time since 2013, a campaign that ended with a romp over the Broncos in Super Bowl XLVIII. They’ve scored 35 points in each of their first three games for the first time since 2015. Last year, they won 11 games (including the playoffs) that were determined by one score or less, and the pattern has continued these past couple of weeks.

They have become the NFL’s ultimate finishers.

“We’re probably looking at six or seven more games like this, right down to the wire,” Carroll said, “if we’re going to win as many games as we’d like to this season.”

Ask Wilson, as someone did on Sunday night, whether he prefers these nail-biting finishes rather than winning with a cushion, and he sounds a bit different than his coach.

These last-minute jobs hardly fall entirely on Wilson’s shoulders. After the touchdown to Metcalf, the Cowboys had plenty of time to mount their own last-minute drive.

Just like the previous week against the Patriots, it was left up to the Seattle defense to preserve the win. Last week, the Seahawks stuffed Cam Newton on the 1-yard line on the game’s final play for a serious “whew!” moment. This time, with Neal in the game as an emergency option because All-Pro safety Jamal Adams was sidelined by a groin injury, they had to shut the door after Dallas drove to the Seahawks’ 22-yard line. Before Neal’s pick, rookie defensive end Alton Robinson, playing his first game, sacked Prescott for a 4-yard loss. The closer mentality is undoubtedly contagious.

“The fans would have gone crazy if they had been here,” Carroll said, acknowledging the absence of one of the NFL’s most rabid fan bases at one of the loudest venues. “I think they were probably going crazy wherever they were.”

And probably biting their nails, too.

“We shouldn’t have to finish like that every game,” cornerback Shaquill Griffin said.

But knowing they can is not half-bad.