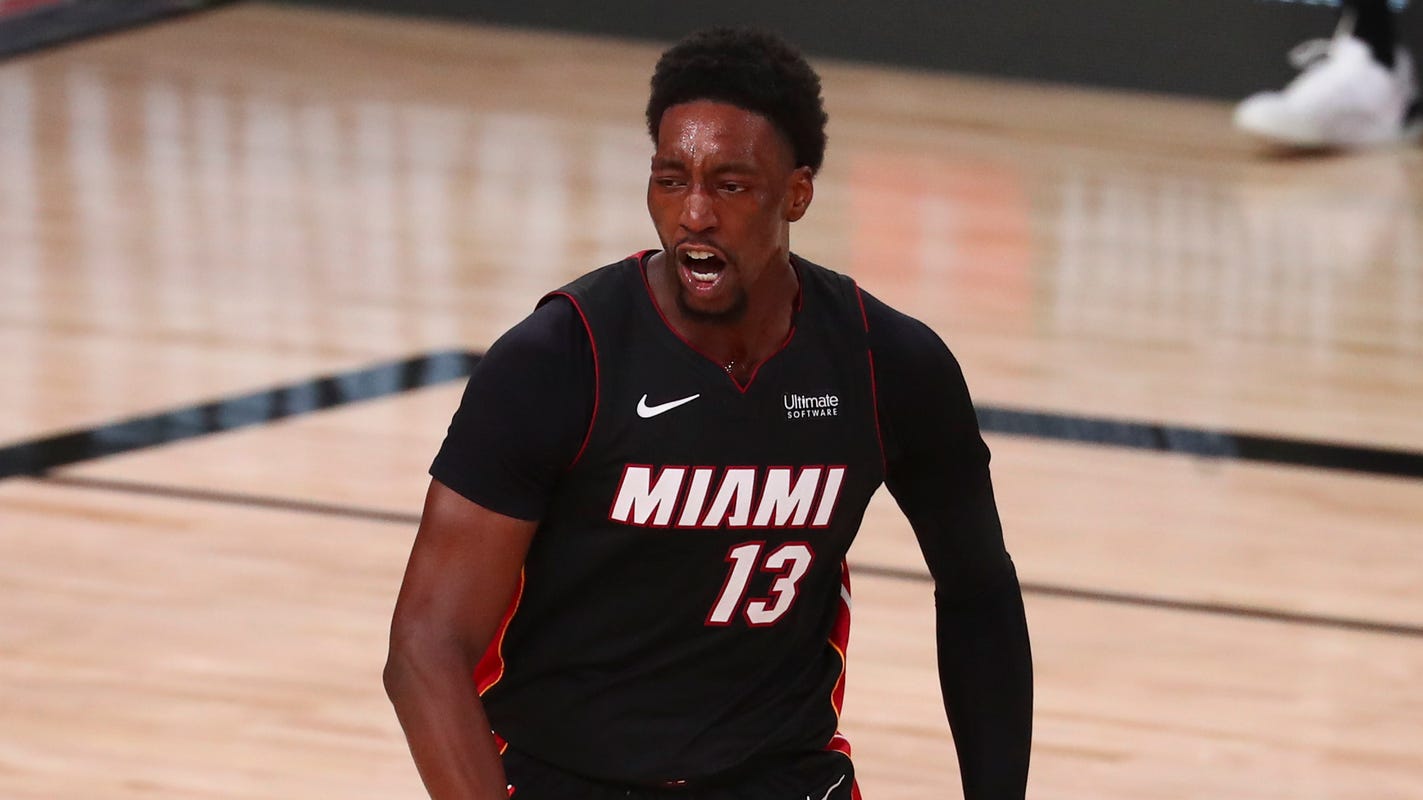 SportsPulse: Just two years ago the Miami Heat were grasping for relevancy after Dwyane Wade retired. Now they’re the Eastern Conference champions. Mackenzie Salmon looks at how Miami constructed the most dangerous team in the bubble.

He can’t do that after Game 6.

The Miami center turned in a near-perfect game: 11-for-15 from the field, 10-for-11 from the foul line for a playoff career-high 32 points plus 14 rebounds as the Heat topped the Celtics 125-113 on Sunday, winning the Eastern Conference finals in a close series.

“He’s an elite competitor, and he’s as impactful as anyone in this association,” Heat coach Erik Spoelstra said before the game.

The Heat are back in the NBA Finals for the first time since 2014 and will play the Los Angeles Lakers for the title. Game 1 is Wednesday (9 p.m. ET, ABC).

The Finals overflows with intriguing storylines and the glamour of two desirable coastal destinations – Miami and Los Angeles. Lakers star LeBron James will play his former team, who he helped to two championships in 2012 and 2013, and Heat president Pat Riley will go against the team he coached to four championships in the 1980s.

Miami becomes the first No. 5 seed to reach the NBA Finals. Had this been a normal playoffs, the Heat would’ve been the road team against Indiana, Milwaukee and Boston. But on a neutral site, the Heat were able to beat the higher seed in three consecutive series.

Herro, the rookie, had another strong game off the bench with 19 points, seven assists and five rebounds. Andre Iguodala had 15 points off the bench, and Butler had 22 points and eight assists.