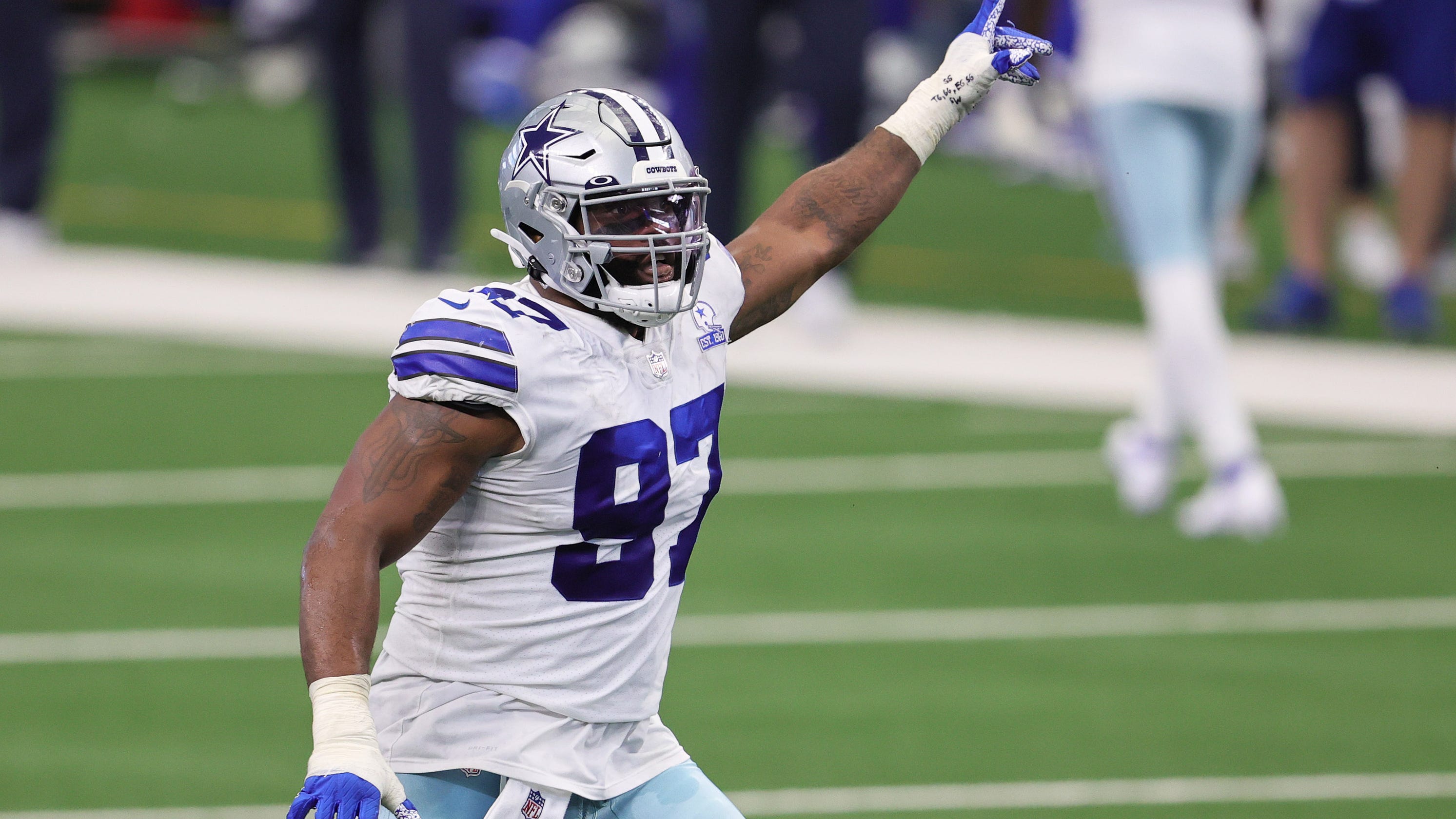 “These past two games,” the Cowboys pass rusher said Wednesday, “we haven’t been generating pressure that well, to be honest with you guys.”

The Cowboys entered 2020 with high expectations for their defensive line. Two-time Pro Bowl defensive end DeMarcus Lawrence returned as the line’s anchor. In the offseason, the Cowboys signed defensive linemen with Pro Bowl résumés including Griffen, Aldon Smith and Dontari Poe. Dallas’ front office hoped the heavy investment in its defensive line would compensate for a secondary that lost key starters in free agency and has ranked among the league’s lowest in takeaways in recent years.

But through two games, Lawrence — who compiled 25 sacks across the 2017 and 2018 seasons — hasn’t downed the Rams’ Jared Goff or Falcons’ Matt Ryan. Smith, returning from 4.5 years suspended, notched one late-game sack in a Los Angeles loss. Griffen chipped in one during the Cowboys’ miraculous 40-39 comeback vs. Atlanta. The Cowboys have allowed opponents to complete 50 percent of third-down attempts.

“Both games have been different,” Nolan said. “They haven’t been the same type of game. First game, we had a lot of play action pass, a lot of full slide, things like that. To be perfectly honest with you, I think we need to do a better job of executing our pass rushes — whether it’s the rush, whether it’s how we handle the pocket. The challenge this week is that we have a quarterback that’s very mobile, more mobile than the last two we’ve faced.

“And that’ll be a bigger challenge.”

Wilson leads the league with a 140.0 quarterback rating through two weeks. The dual-threat quarterback has tossed almost as many touchdowns (league-best nine) as incompletions (11) in wins over the Falcons and Patriots. No quarterback has been more accurate than his astounding 82.5 percent completion percentage.

“He just gets better and is getting better,” Cowboys owner Jerry Jones said Friday on Dallas radio station 105.3 The Fan. “He’s just always been unique in his ability to get the job done, and that almost sounds like a blue-collar worker, but it’s far from that. He’s got unique ways to frustrate defenses. He’s extremely, extremely hard to defend, especially in the passing game because he’s got mobility. And he’s got the ability to not only really thrive in a run-option type attack, whatever it may need be that day. But he’s also got an uncanny ability to really be accurate with his long throws, thereby creating all the pressure in the world that a quarterback can give a defense.

“He’s having his best year.”

Some Cowboys defenders, meanwhile, have yet to catch up with this year. They’ve missed assignments and had mental errors as they acclimate to a new coordinator, scheme and teammates. Mike McCarthy declined to acknowledge the exact number of mental errors defenders have made — yes, the coaching staff keeps count — but acknowledges it’s “way too many.”

And Nolan says he’s been disappointed in the coordination among and between his linemen. They expect some issues to resolve over the course of the season but know Wilson won’t wait. Not to mention the Cowboys have placed two starting linebackers and two starting cornerbacks on injured reserve this month.

The onus to contain Wilson rests with the defensive line.

“We got to be smart with our rushes and we can’t have no drive-by rushes,” Griffen said. “We have to pin down on the tackles’ outside edge, collapse the pocket and get in his face and be able to affect him early and often.

“He’s a big B-gap escaper but he also will take that little jab step and go outside to make you miss.

“Our goal for this week is keep Russell in the pocket.”