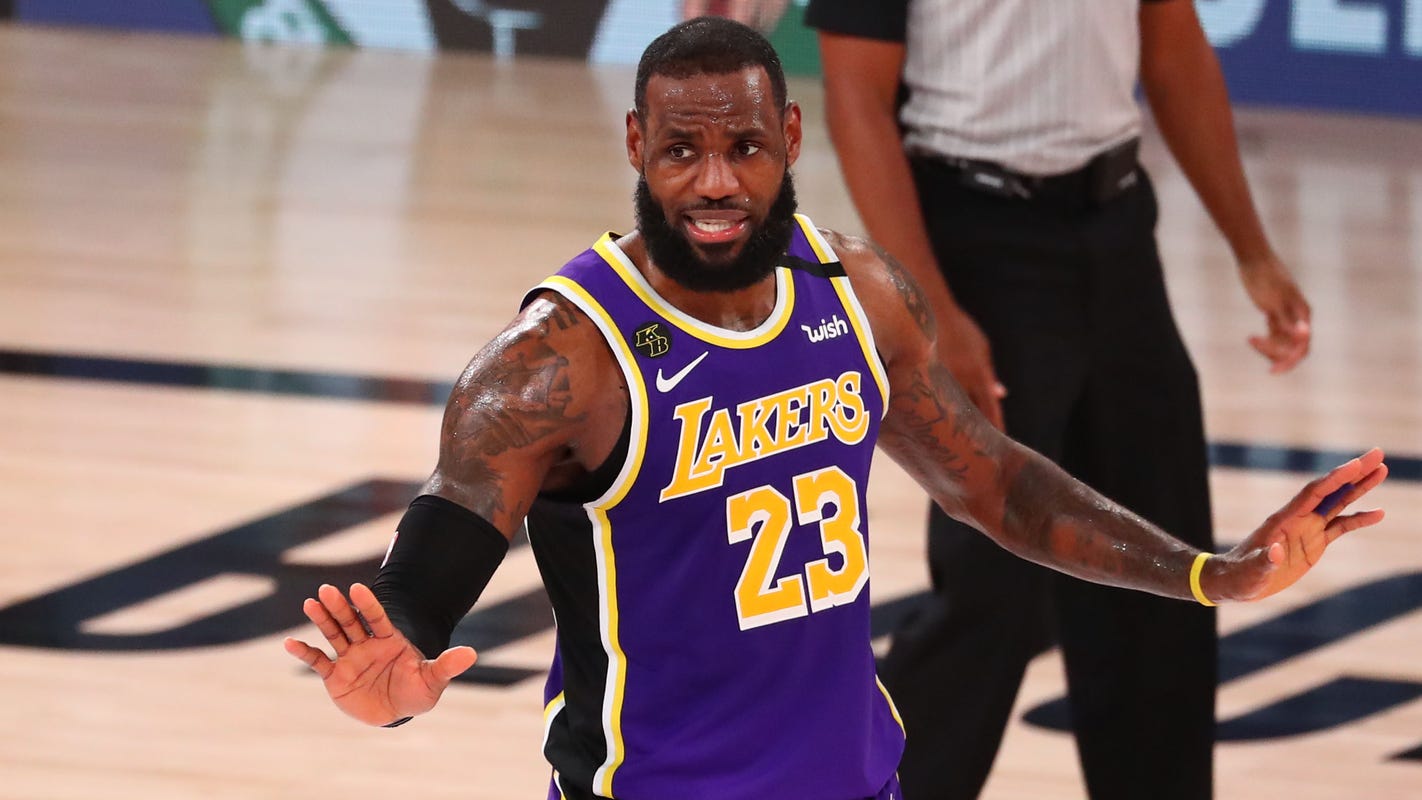 “My wife didn’t like it, but she’ll be OK,” James said with a smile

It was the first time since 2006 James didn’t reach the playoffs, ending a streak of 13 consecutive postseason appearances and eight consecutive NBA Finals appearances.

If you didn’t think watching Golden State and Toronto play in the NBA Finals didn’t motivate James, you haven’t paid attention to his 2019-20 season.

More than 15 months after the Raptors defeated the Warriors for the championship, James is back in the Finals but for the first time with the Lakers.

In a closeout game with a chance to reach the Finals for the first time with the Lakers, James delivered a spectacular performance. His 27th career playoff triple-double – 38 points, 16 rebounds and 10 assists – carried the Lakers to a 117-107 victory over the Denver Nuggets in Game 5 of the Western Conference finals on Saturday.

“I’ve always had the mindset that in a close-out game for me personally, I’m just as desperate as the team that we are trying to close out,” James said. “I don’t want to play another game. And if we are in a position where we can win that game, that’s just my mindset. Does it always go that route? No, because I’m not undefeated in close-out games.

“My mindset is that I do not – if we have played well enough and we are in the fourth quarter and we have a chance to win – I do not want to play another game.”

It just wasn’t the triple-double, which leaves him three shy of tying Magic Johnson for the most in playoff history, it was the manner in which he seized control of the game.

James scored 16 points in the fourth quarter, including nine consecutive in a 103-second span, stretching the Lakers’ lead to 115-103 with 1:57 left in the game on a 3-pointer.

The Nuggets weren’t a match at this point for James on this stage.

According to @EliasSports LeBron James improves to 38-10 (.792 win pct) all-time in closeout games.

That is the best record by a player in NBA postseason history (min. 25 games).

James is the first player to reach the Finals with five different head coaches in NBA history. pic.twitter.com/JHhmbthlSi

Basketball ‘just a glimpse’ of who he is: Celtics’ Jaylen Brown shows maturity, leadership beyond his 23 years

“I know everybody wants to get caught up in the whole argument, the greatest of all time,” said Nuggets coach Michael Malone, who remains close with James since their time together in Cleveland 1.0. “That is an unwinnable debate. LeBron is a great player, and he’s one of the greatest to ever do it and his resume speaks for itself.

“And like I mentioned earlier, in a Game 5, closeout game, when the game was hanging in the balance, who took over? The best player on the floor. And that’s what you’ve come to expect from him.”

There’s no need for a greatest of all-time discussion. It’s been hashed and rehashed and no one will convince another. Save it for the tweets.

James will play in his 10th NBA Finals and ninth in 10 seasons.

“Special guy,” Lakers guard Danny Green said. “Time and time again. People forget he’s the greatest player in the God damn world. He’s been doing it for 17 years. It’s crazy. It just shows you what he’s capable of. Obviously he doesn’t do it as much as he used to do it. He’s willing to take a backseat to AD (Anthony Davis) and the offense because he’s a little bit older. But he’s very capable at any given time at any particular moment with taking over a game. He did it tonight. He closed out that game. He closed out the series for us. He made sure we would come out with a W.”

James savored the moment briefly. He wants to bring the Lakers another championship.

“This is what I came here for,” said James, whose memory doesn’t forget the slightest of slights. “I heard all the conversations and everything that was said about why did I decide to come to L.A – the reason I came to L.A., it was not about basketball.

At 35 years old – with Cabo, hookah lounges and Los Angeles thousands of miles away – James is the Finals in a strange place in a strange time. And yet, James in the Finals restores some normalcy to the NBA.