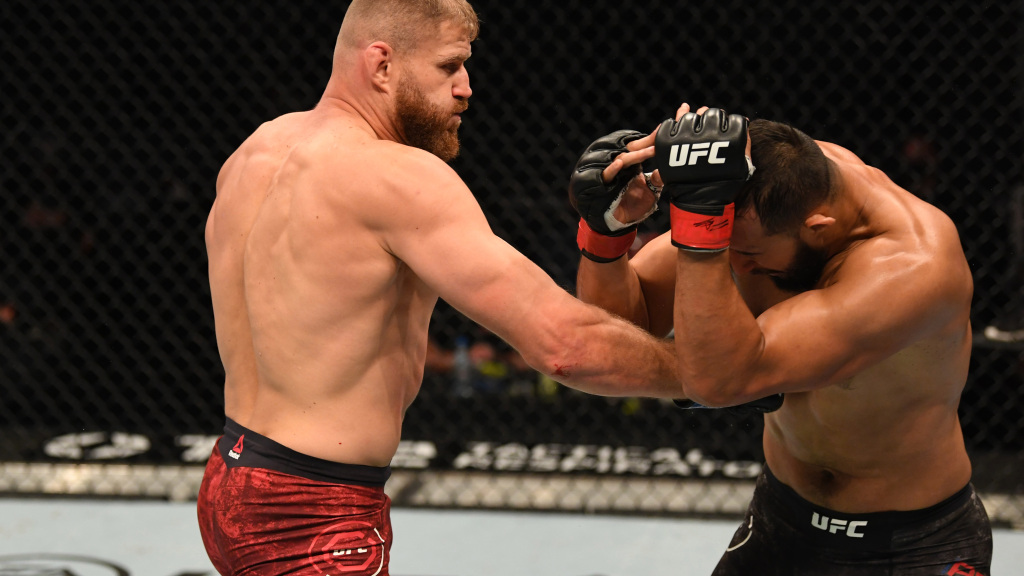 That is not a phrase many would have expected ever would be written when he got off to a 2-4 start in his UFC stint. But the Poland-based competitor is in fact the new UFC light heavyweight champion after finishing Dominick Reyes in the co-feature bout of UFC 253 on Saturday.

Blachowicz (27-8 MMA, 10-5 UFC) was composed from the outset and looked a step faster than his younger opponent. He put on a methodical beating before winning via TKO at the 4:36 mark of the second round.

With the victory, the Warsaw native becomes the second Polish-born champion in UFC history, along with former strawweight champion Joanna Jedrzejczyk. He filled the championship vacated by longtime titleholder Jon Jones in August, and he acknowledged his predecessor in his postfight interview.

“Jon Jones, where are you?” Blachowicz said. “All that’s on my mind is, I’m here, I’m waiting for you.

Reyes tagged Blachowicz with a left in the bout’s opening seconds and briefly knocked him off balance, but it turned out to be his only real moment of there fight. Blachowicz turned up the heat soon thereafter, and as he slowed Reyes pace with combos of punches which were followed up with pinpoint left kicks to the ribs.

Blachowicz handily won the opening round, and by the time Reyes came out for the second, his right rib cage resembled raw steak. Blachowicz continued to pour it on. A straight right appeared to break Reyes’ nose, and seconds later, a left hand left Reyes involuntarily breakdancing. Blachowicz pounced as Reyes hit the mat and Kevin Sataki waved things off.

“This is nothing new for me,” Blachowicz said. “37 years old, lots of fights, this is fun.”

With his 18th career finish, Blachowicz has won four straight bouts and eight in his past nine. Reyes has lost two in a row, both light heavyweight title fights.The vacant light heavyweight title bout was the UFC 253 co-main event at Flash Forum at Yas Island in Abu Dhabi. It aired on pay-per-view following prelims on ESPN2 and ESPN+.

A man who got off to a 2-4 start in the UFC is the new light heavyweight champion.