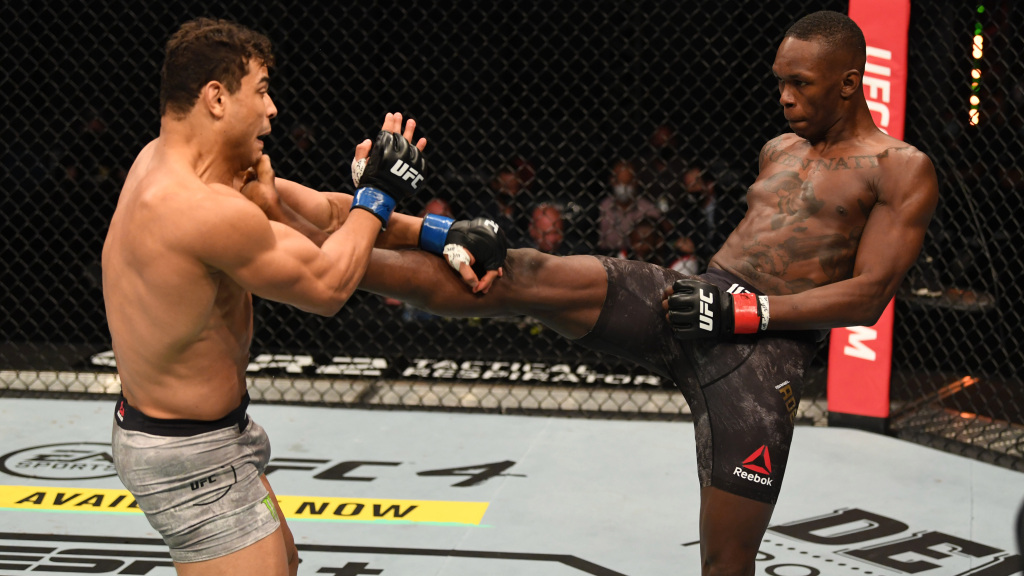 Not all undefeated records are created the same.

Israel Adesanya reminded us of this Saturday night when he disposed off Paulo Costa in a battle of the unbeatens in the main event of UFC 253.

The UFC middleweight champion simply mauled his Brazilian opponent, using vicious leg kicks to wear him down and then finish him with an enormous right hand to the temple.

The time of the TKO stoppage was the 3:59 mark of the second round, as Adesanya (20-0 MMA, 9-0 UFC) successfully defended his belt for the second time.

“Y’all must have forgot because of what happened last time,” said Adesanya, who won a fight over Yoel Romero some considered boring last time out.

“The Last Stylebender” showed his intentions immediately, as he landed kicks to Costa’s lead leg from the outset. Costa (13-1 MMA, 5-1 UFC) put on a brave face and attempted to goad his opponent, putting his hands behind his back at one point, but Adesanya wasn’t having it.

By the second, Costa’s leg had swollen and he noticeably slowed. Adesanya continued picking him apart. He landed a head kick that opened a cut over Costa’s eyebrow, and finally, a wicked left hand to the temple dropped him. Hammerfists and elbows rained down until referee Jason Herzog waved things off.

The victory was the 15th in the career of Adesanya, who stated he wanted to face Jared Cannonier next, should Cannonier win an upcoming bout with Robert Whittaker.

The middleweight title bout was the UFC 253 main event at Flash Forum at Yas Island in Abu Dhabi. It aired on pay-per-view following prelims on ESPN2 and ESPN+.