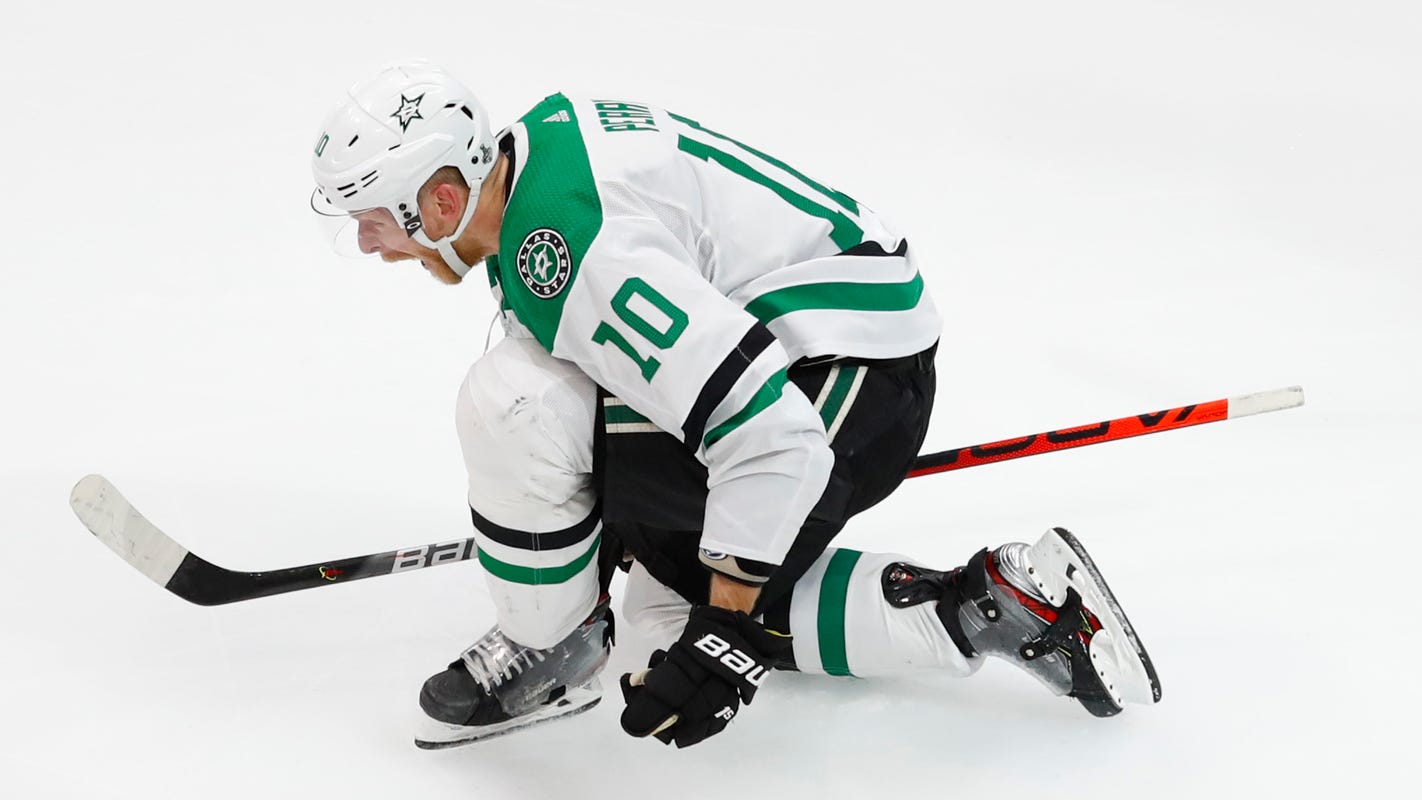 The Dallas Stars stayed alive in the Stanley Cup Final and made personal history in the process.

The Stars beat the Tampa Bay Lightning 3-2 in double overtime in Game 5 on the second goal of the game by Corey Perry and now trail the best-of-seven series three games to two.

Center Joe Pavelski had tied the game in the third period with a power-play goal, giving him 61 postseason goals for his career. That moved him past Hockey Hall of Famer Joe Mullen for first overall among U.S.-born players.

The Stars, who have come back often in the playoffs, scored first on a Perry goal but then had to rally after the Lightning scored twice. Perry’s overtime goal at 9:23, like his first, was scored from close range.

THE DALLAS STARS ARE NOT DONE YET!

Perry had gone 19 games without a goal and now has three goals in his last two games.

Credit a Game 4 line shuffle by coach Rick Bowness. In a bid to get the first line going, he moved Tyler Seguin to Perry’s line and Pavelski to the top line.

“Corey’s a big guy, he gets to those hard areas, and he’s always in front of the net and he got rewarded for that tonight,” said Seguin, who had three assists Saturday and two Friday for his first points of the series.

Pavelski also has three goals over the past two games to give him 13 for the postseason.

Though he doesn’t like talking about personal accomplishments, he did tell NBC, “It’s fun to be up there with those (American) guys and we’ll try to keep going.”

Pavelski and Perry signed with the Stars last offseason.

The Stars said they wanted to stay out of the penalty box and they did. Seguin high-sticked Brayden Point in the first period and that was it.

Pavelski scored on the power play for Dallas after the Stars went 0-for-7 in the previous two games.

Their top line was on the ice for their two goals. Nikita Kucherov and Point picked up assists as Ondrej Palat skated across the crease and deposited the puck behind Stars goalie Anton Khudobin. That tied the game at 1-1.

The #GoBolts top line has been UNSTOPPABLE this postseason.

In the third period, defenseman Mikhail Sergachev’s shot beat Khudobin. Point set up the play by skating in the zone, stopping along the boards and feeding Sergachev.

“We had our chances,” Lightning coach Jon Cooper said. “They held on some parts of the game and capitalized when they got their chance. Good on them for not laying over.

“We played well enough to win, but now we’ve got to circle the wagons and come back in two days and try to do it again.”

The Stars were down five regulars, including Roope Hintz, who was hurt in Game 4 and was replaced in this game by Justin Dowling.

Then Andrej Sekera went down after blocking a shot, leaving the Stars with five defensemen for the second period until he returned in the third.