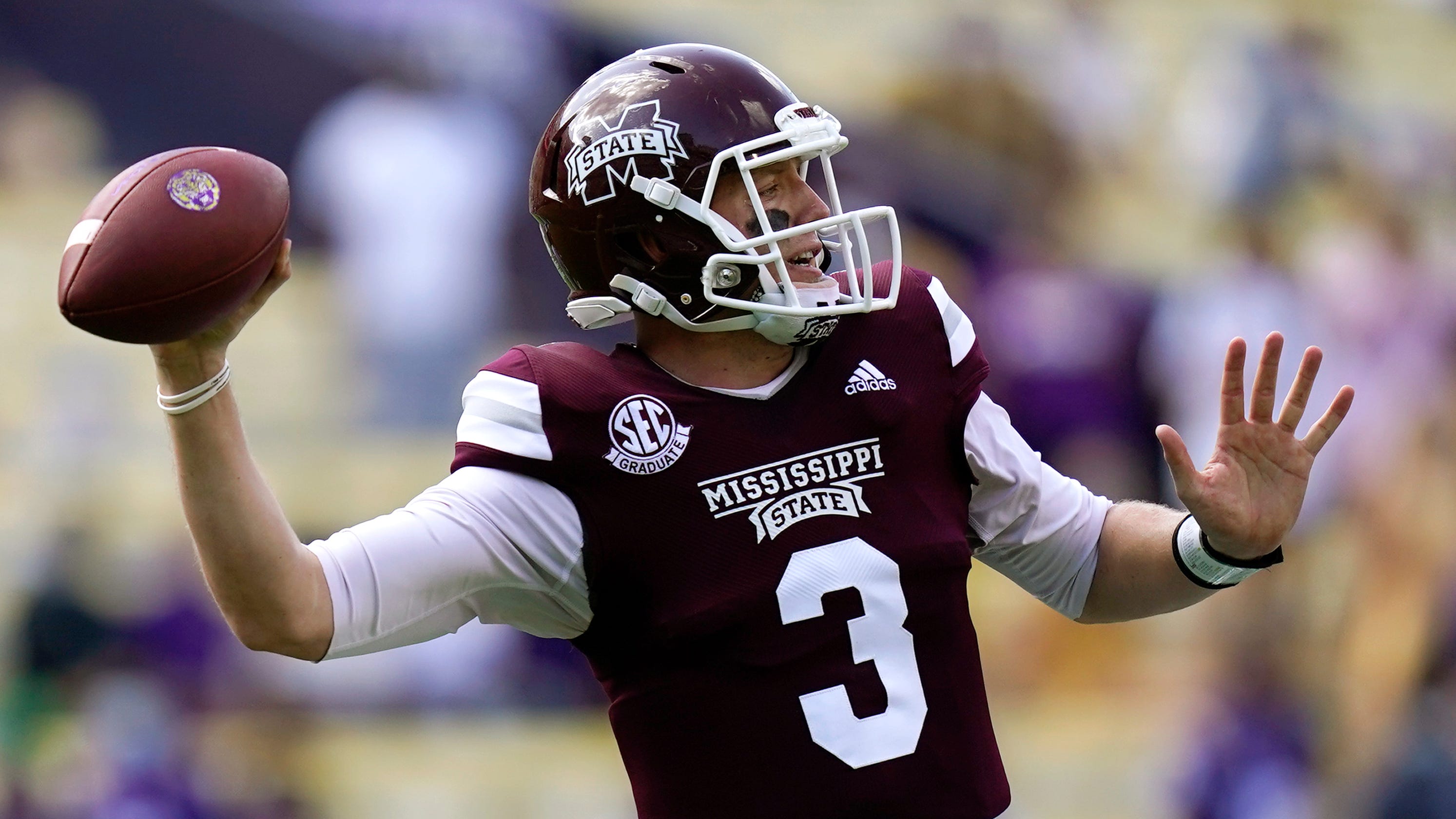 College football made what felt like an official return in Week 4, with upsets, poor performances, odd coaching decisions, faulty special teams, conference-wide flops and more amounting to, well, a normal Saturday with or without a global pandemic.

You can thank the SEC for most of that. The league returned after spending much of September on the sidelines and immediately ratcheted up the level of interest in what had been a sleepy start to the regular season.

There were laughs: LSU lost to Mississippi State. There were tears: Georgia was losing at halftime to Arkansas. There were good wins (Auburn against Kentucky) and not-so-pretty wins (Florida against Mississippi).

The SEC’s return was almost enough to overshadow another awful weekend for the Big 12. But not quite. After Oklahoma lost to Kansas State, the Big 12 has brought itself to the verge of College Football Playoff elimination before the end of the first month.

The league’s toe-stubbing Saturday is the biggest story to come out of Week 4 — even more so than LSU’s loss, which seems shocking but is more the predictable result of the program’s massive upheaval since the end of last season.

Here are the rest of the day’s winners and losers:

Auburn struggled getting its running game going against Kentucky but rode opportunistic plays on defense and a solid game from sophomore quarterback Bo Nix to a 29-15 win. The Tigers are a legitimate contender, while Kentucky will be a tough out in the East division should the offense protect the football.

Mississippi State’s win marks an epic debut for new coach Mike Leach and for quarterback K.J. Costello, who rewrote the program’s single-game passing records after transferring from Stanford. While it took Leach’s offense a year to get going during his previous stint at Washington State, the Bulldogs’ offense looks ready to roll.

For the second week in a row, it wasn’t the prettiest win: Louisiana fell behind 18-17 to Georgia Southern with 54 seconds left before driving 39 yards to set up the game-winning 53-yard field goal as time expired. It doesn’t matter. As more teams slip and flop, including conference rival Appalachian State, the Ragin’ Cajuns remain unbeaten and in the thick of the New Year’s Six bowl race.

Only the smartest pundits saw this coming: Pitt at home in the Top 25 and a contender for a New Year’s Six bowl. While moving ahead of Notre Dame into second place in the ACC (behind Clemson, obviously) is a tall task, the Panthers are now 3-0 overall and 2-0 in the ACC after a 23-20 win against Louisville. They’re not flawless as a team by any means, but the Panthers’ blend of experience and aggressiveness on defense gives them a shot at winning eight games during the regular season.

Moving ahead of the best teams in the American might be too much for Louisiana, however. Cincinnati deserves to be placed alongside Central Florida after a 24-10 win against Army, which had been dominant through its first two games. The Bearcats held Army to 182 yards rushing on 4.2 yards per carry.

After losing its opener to Arkansas State, the Wildcats pulled off a second upset in as many years against Oklahoma by riding quarterback Skyler Thompson, who finished with 334 yards passing and four total touchdowns, and by forcing four turnovers, three via interceptions from Oklahoma quarterback Spencer Rattler. Given the program’s physical approach under second-year coach Chris Klieman, it’s remarkable the Wildcats were able to win despite gaining only 66 yards on the ground.

Arkansas’ SEC losing streak has now hit 20 games. There’s nothing good about that. But this is a positive worth highlighting: Arkansas led Georgia 7-5 at halftime. That’s progress. (The final score was 37-10.)

You can’t sugarcoat or find any silver linings behind the Sooners’ loss. Nor is there too much of a positive sort to take from Texas surviving in overtime at Texas Tech, 63-56, to remain unbeaten; while winning in Lubbock is never easy, needing every second of regulation and then some to do so is concerning. The big takeaway is this: The Big 12 did significant harm to its playoff hopes and will spend the next month scrambling to regain some footing before the Big Ten returns and joins the SEC as the top conferences in the country.

Expecting another title run was an unfair goal to place on LSU, which has experienced far too much turnover since beating Clemson in January to survive a tough road of games through the SEC. Of course, expecting a win at home against Mississippi State seemed fair. The Tigers’ loss revealed just how different the offense will look without Joe Burrow and former coordinator Joe Brady, while the new Bo Pelini-led defense allowed K.J. Costello to throw for more than 600 yards.

The positive vibes that came out of a season-opening upset of Florida State has evaporated in back-to-back losses. The first, to Central Florida, was understandable and not unexpected. Saturday’s 37-20 loss at Syracuse was an ugly reminder of why Georgia Tech was picked to finish last in the ACC in the preseason poll. True freshman quarterback Jeff Sims tossed four interceptions and the Yellow Jackets committed 15 penalties.