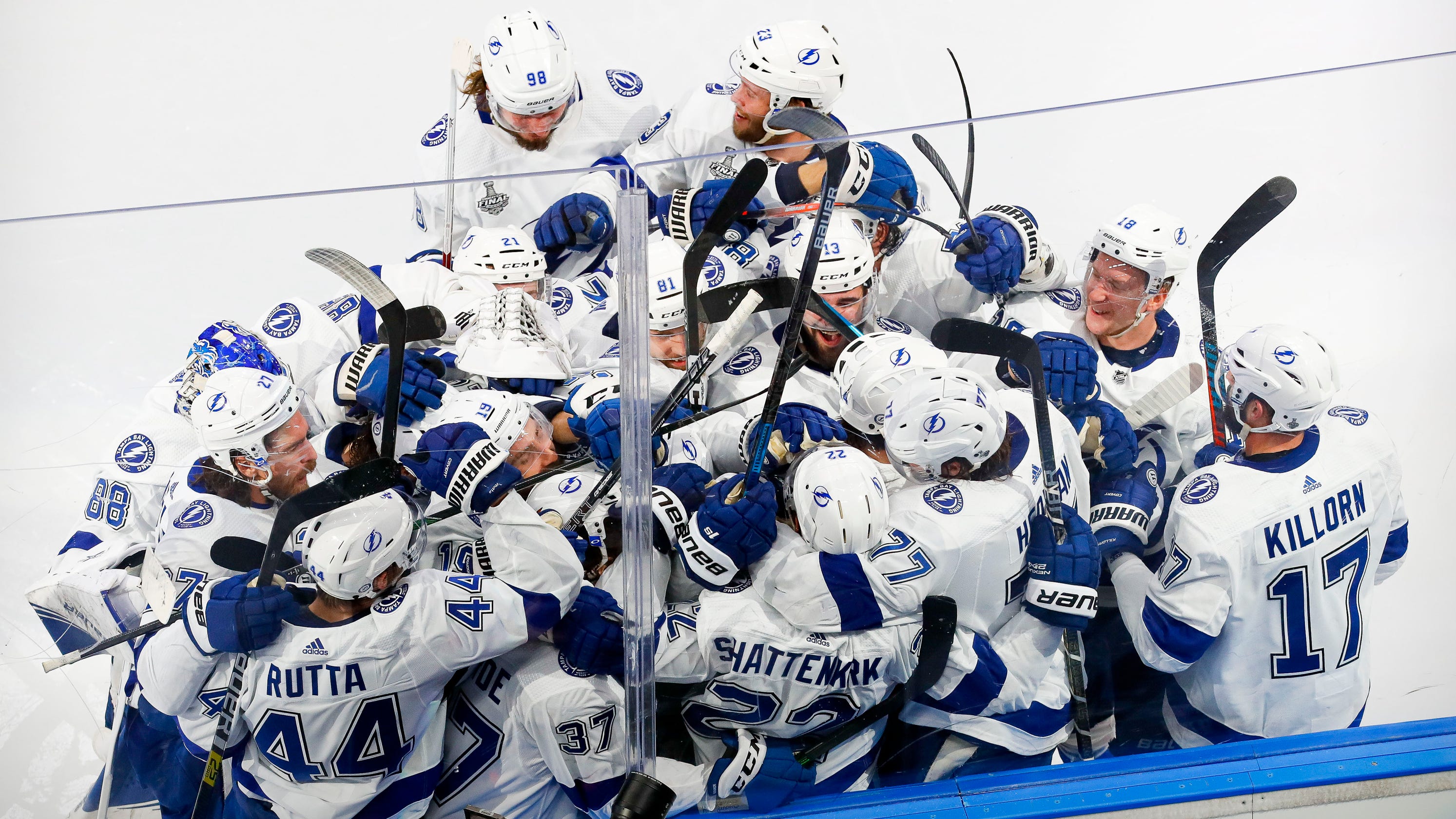 Lightning can clinch against Stars

The Tampa Bay Lightning are in position to capture their first Stanley Cup since 2004 as they play the Dallas Stars in Game 5 Saturday night in the Edmonton, Alberta, bubble.

A win would give them hockey’s biggest prize one year after they were part of one of hockey’s biggest upsets, swept in the first round by the Columbus Blue Jackets after a record-tying 62-win season.

The Lightning took a 3-1 series lead Friday night when Kevin Shattenkirk scored at 6:34 of overtime.

Both teams will have little time to prepare. The NHL has scheduled the first back-to-back nights in the championship round since 2009.

“Both teams are banged up, both teams are tired and you put it behind you as best as you can and you just lay it all on the line,” said Stars coach Rick Bowness.

A look at the potential clincher:

What to know about Game 5

How the series got here: The Stars won the opener, then the Lightning won the last three.

Injuries: Dallas’ Radek Faska, Ben Bishop and Stephen Johns have yet to play in the final. Blake Comeau has missed the last two games, and Roope Hintz was hurt in Game 4. All five are “unfit to play,” Bowness said. Forward Justin Dowling will enter the lineup for the first time this postseason. Lightning center Steven Stamkos, who scored in a brief appearance in Game 3, sat out Game 4 and will do so in Game 5.

What the Lightning need to do

Just keep doing what they’ve been doing. Stars Brayden Point and Nikita Kucherov continue to put up points, Andrei Vasilevskiy is making timely big saves. The power play is clicking. Victor Hedman was an uncharacteristic minus-3 in Game 4, but drew an assist on the game-winner. The Conn Smythe Trophy could go to any of those four.

What the Stars need to do

The Stars played relatively well in Game 4, but ran into penalty trouble again. They disagreed with the call on captain Jamie Benn but will need to stay out of the penalty box. They also need to take advantage when they’re on the power play. They had a 4-on-3 advantage early in overtime before Shattenkirk scored. A good sign is that Benn and Tyler Seguin picked up their first points of the final after a line shuffle. Joe Pavelski scored twice Friday to tie Joe Mullen for most goals by a U.S.-born player (60).

Senators waive Masterton Trophy winner, plan to buy him out