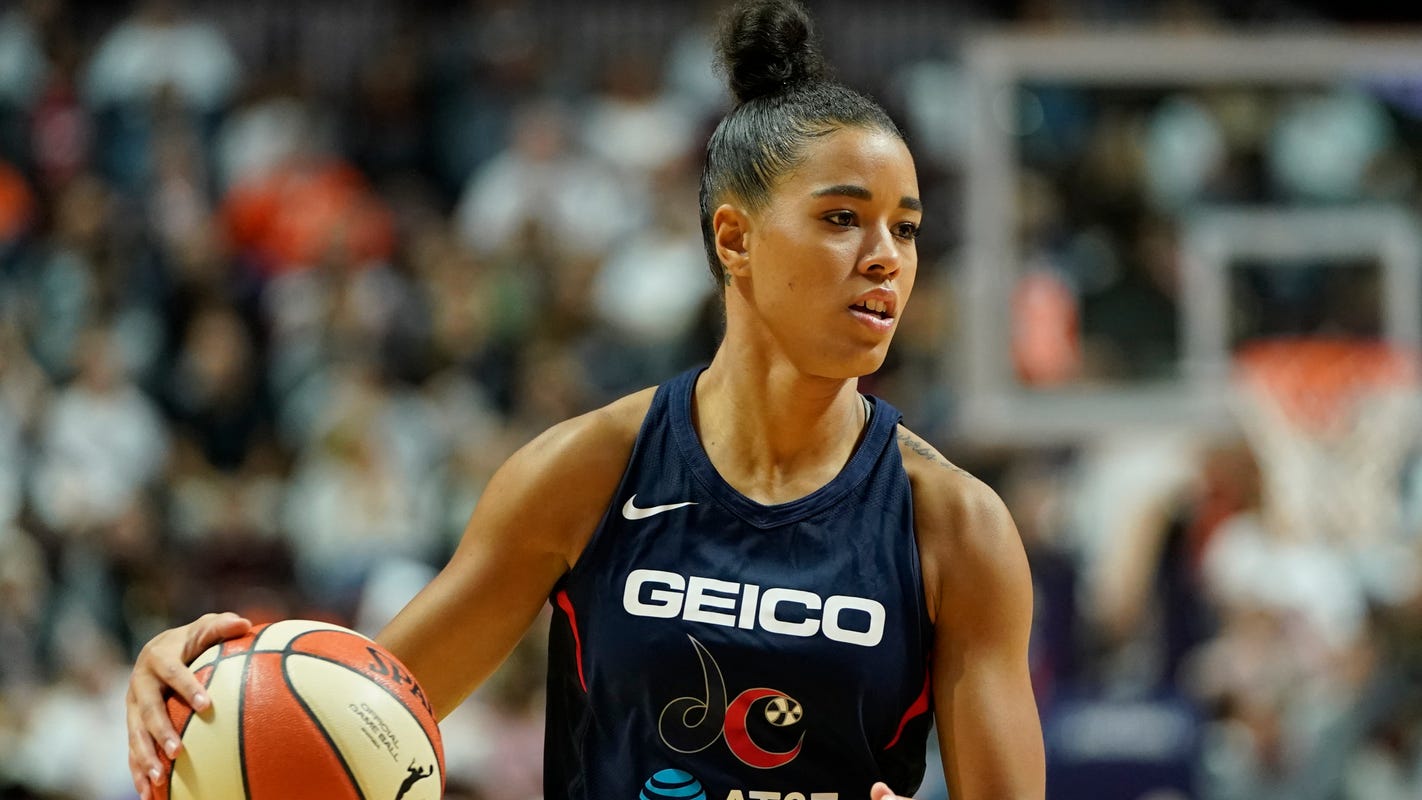 Protests resumed in Louisville after a grand jury indicted one of the three police officers involved in the death of Breonna Taylor.

Whenever someone asks Natasha Cloud how she’s doing, the word she keeps coming back to is “heavy.”

The Washington Mystics point guard put her career on hold this season to work for social justice. To create the kind of change that will allow her and other Black men and women to no longer live in fear and her kids, whenever she has them, to be seen as fully equal.

There have been victories, for sure. Cloud has partnered with When We All Vote, which is driving voter registration. She is active in More than a Vote, which is working to combat suppression of Black voters.

And on Wednesday, in large part because of Cloud’s public pressure, District of Columbia officials reversed their decision and announced that the Entertainment and Sports Arena, home to the Mystics, will be used as a voting site for the Nov. 3 election, critical for an underserved area.

But then Cloud thinks of Breonna Taylor and George Floyd and all the other Black men and women who are still awaiting justice after being killed by police, and the heaviness envelops her.

Natasha Cloud opted out of this WNBA season so she could focus on social justice efforts. (Photo: David Butler II, USA TODAY Sports)

“As a Black American, you feel every emotion you can possibly feel, from anger to fear to disgust to sadness. Everything under the sun, you feel,” Cloud told USA TODAY Sports.

“I don’t know where else to go from here,” she added. “We have fought. We have done everything possible under the sun to bring Breonna Taylor justice, and she hasn’t gotten justice.”

That doesn’t mean she’s giving up, however. Far from it.

Activism is not new for Cloud. She’s been outspoken about gun violence, and organized a Mystics media blackout last season to call attention to it. She has taken an active role in Southeast Washington, which is plagued by high unemployment, poverty and crime.

But the killings of Floyd and Taylor hit Cloud differently.

“This directly affects us. This directly affects our daily life,” Cloud said. “It doesn’t matter if you’re LeBron James, Candace Parker, you could potentially lose your life. To be able – we expect Black men and woman to compartmentalize everything, and that’s so unfair. We have real-life scars and traumas (from racism).”

She marched in protests and used her platform to call attention to the racism that remains a fundamental part of American society. But when the WNBA announced it was resuming play and would dedicate this season to Taylor and the Say Her Name campaign, Cloud was conflicted.

The Mystics were the reigning WNBA champions, and she was their point guard. She had just signed an endorsement deal with Converse that was significant not only for its economics but, as the brand’s only WNBA player, for its message.

But the thought of continuing her fight for social justice while trying to focus on basketball was too much.

So, in late June, she announced that, like the Atlanta Dream’s Renee Montgomery, she was opting out this season.

“There’s no right way to address social reform,” Cloud said. “We need every single person doing what they can, whether it’s me opting out and being a voice and taking a lot more on my shoulders,” or the players in the bubble spotlighting Black Lives Matter and refusing to play games to demand action on systemic racism.

“Every piece of this has a purpose and need and a necessity,” Cloud added.

Cloud doesn’t regret her decision, knowing some of what she’s already accomplished would have been impossible if she’d been in the WNBA’s bubble. Like turning the Mystics’ arena into a voting center. Or making sure Black men and women are not only registered but have a plan to vote in the Nov. 3 election.

“To be able to take back our voices and our power and our vote, I don’t think we realize as people in this country how powerful our vote is and how bad voter suppression hurts our minority communities,” she said. “And those are the people who need it most.”

There are times like this week, though, when the Kentucky attorney general announced that no police officers would be charged for Taylor’s death, that it all just feels … heavy.

“You have to be optimistic in this fight,” she added, “or it’s going to bury you.”

So Cloud will pause to gather herself, as if shifting the weight of something she’s carrying. When the heaviness she feels is manageable again, she forges ahead, more determined than ever to find the justice she seeks.