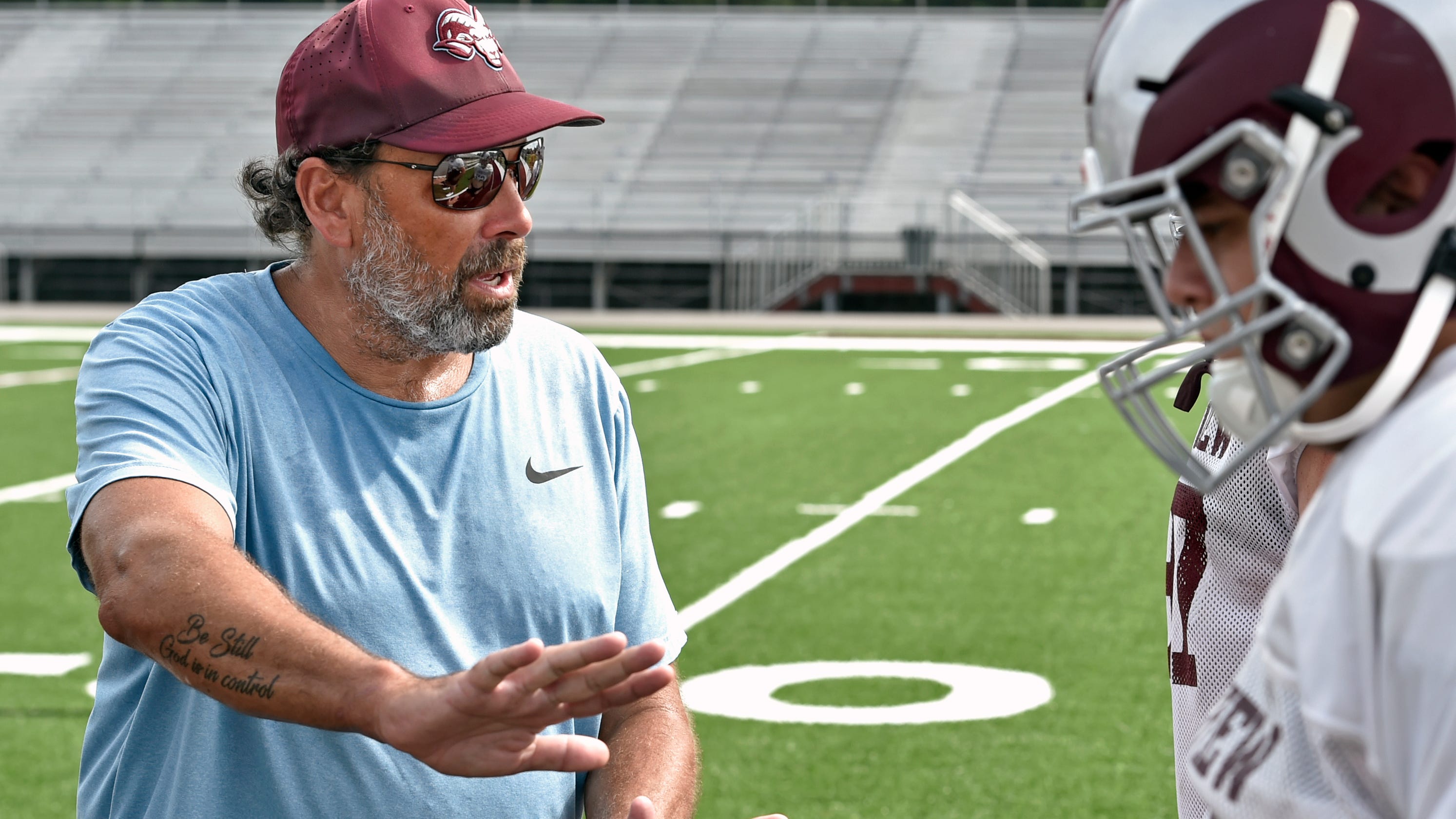 SARASOTA, Fla. — Knowing that Will Evans would be their starting quarterback this season, the Riverview Rams wanted to give the junior every possible advantage.

So, Will, say hello to Kurt Warner.

Not just anyone can arrange multiple phone conversations between a high school quarterback and one in the Pro Football Hall of Fame.

But Todd Haley isn’t just anyone. For three seasons, he was head coach of the Kansas City Chiefs. He was the offensive coordinator for the Arizona Cardinals when Warner was their quarterback and also served in that capacity in Pittsburgh and Cleveland. He’s had stops with the Jets, Bears and Cowboys as wide receivers coach.

Now, the 53-year-old Siesta Key, Florida, resident is in his first year as the Rams’ offensive coordinator. A friendship forged with former Ram TJ Nutter led to Riverview head coach Josh Smithers asking Haley whether he’d be interested in taking over. For a guy with more than 25 years of NFL coaching experience, but none at the high-school level, Haley mulled Smithers’ offer before accepting in February. He’s had no regrets.

“Just really excited about it,” he said. “No. 1, to be out on the football field with all the craziness that’s been going on. A great group of kids and great group of coaches. It’s been a great learning experience for me. It’s a different world than the one I’ve been living the last 26 years.”

Smithers said when Haley first got on the Rams’ practice field, he noticed his players trying overly hard to impress him.

“Not anymore,” Smithers said. “Coach is just one of the guys right now. He’s been great and I think he’s loving it. Just his ability to get our playmakers the ball. There’s a lot of little nifty things he does and he knows how to use formations to get guys the ball. It’s just what he does.”

Evans, who saw little time last year as backup, said Haley has helped him in reading defenses. Evans won’t look at a particular receiver. Instead, if one is running a deep route and one a shallow route, he’ll look to see which direction the linebacker will go in coverage, then react accordingly.

“He said it’s a little less time-consuming,” Evans said. “He said, ‘I used to work 12-hour days.’ But he still puts in a lot of work and tries to get us good.”

But, Haley said, coaching is coaching, no matter the competition.

“As a coach, you try to maximize each and every one of your player’s potential. Then, if you’re doing that, you’re probably a good coach. I don’t think the level matters. It’s still coaching, and that goes for business or whatever it is.

“This has been a big learning curve for me. The guys I was working with (in the NFL), it was their job. I’ve got to be a critic of myself and make sure we’re not doing too much.”

But so far, Haley has enjoyed his time under the Friday night lights. Which means the Rams may not have to look for another offensive coordinator anytime soon.

“Yeah, I could see myself doing this,” he said. “As long as I get better.”