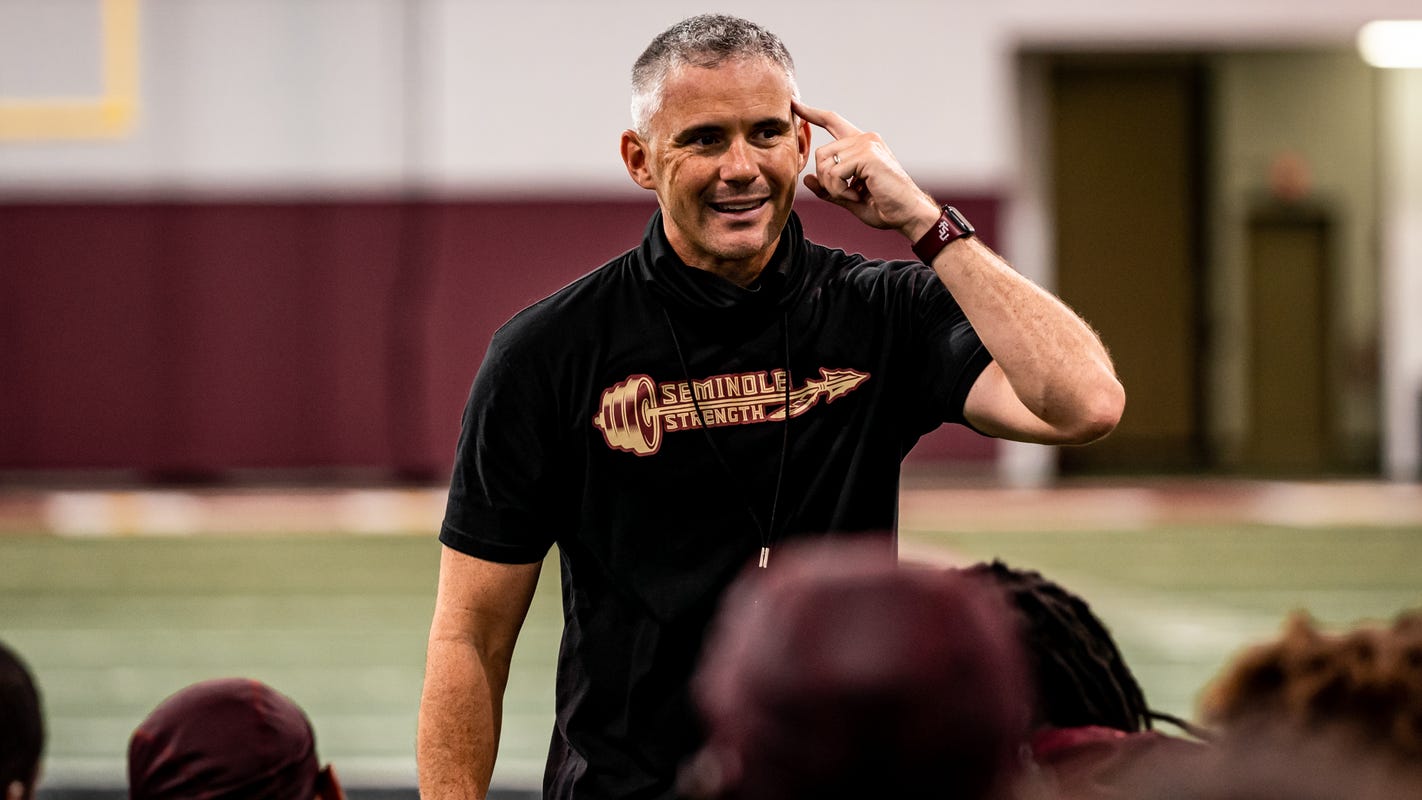 Mike Norvell of Florida State has COVID, and will miss Miami game

The FSU head coach talked about his quarantine and how he’s still able to coach even when isolated in his house.

Mike Norvell has no idea how he was exposed to the coronavirus.

The Florida State coach announced last Saturday that he had tested positive for COVID-19 during the Seminoles’ bye week.

A follow-up test confirmed the positive result, meaning he’ll have to self-isolate for 10 days and won’t be on the sideline Saturday when Florida State visits No. 14 Miami (Fla.) (ESPN, 7:30 p.m.).

Norvell is the third Bowl Subdivision head coach to test positive for COVID-19 along with Toledo head coach Jason Candle and UCLA head coach Chip Kelly. However, he’ll be the first FBS head coach who will not be able to be on the sidelines during a game due to a positive result.

He’ll be able to talk to the team virtually on game day, but his contact with the team will end when the team leaves the hotel in Miami ahead of the matchup with the Hurricanes.  The arrangement is required due to NCAA rule 1-11-b which prohibits voice communication with teams except from specified areas inside the stadium.

Until at least Sept. 28, Norvell will be forced to self-isolate in his house away from his wife and daughter, both of whom tested negative over the weekend after Norvell’s positive result.

LOOKING AHEAD: 10 questions facing the SEC as the season gets started

“That’s probably one of the biggest challenges, being home and being isolated. Not being able to give a hug to my daughter or wife,” Norvell said.

Florida State deputy head coach Chris Thomsen will step into Norvell’s role Saturday and be in charge of all in-person activities in the game against Miami.

During the week, Florida Stately implemented a number of new technologies to allow Norvell to be able to watch FSU’s practices live on his computer and even be able to communicate with those who are there in person.

“I was able to have access to multiple cameras on both fields to be able to go back and forth in real-time with what was going on at practice. Through speakers, I can communicate with coaches on things I was able to see…” Norvell said.

“I was unsure how easily and functionally it would operate, but it was pretty good… I’m excited about what technology allows us to do.”

Norvell admitted that he struggled with being unable to be out at practice in-person.  However, he’s grateful for the technology that has allowed him to continue observing practice and leading meetings as if he was actually there.

“Missing Saturday’s walk-through, in my coaching career, the first time I’ve ever had to miss a practice. That was emotional for me. That was challenging for me,” Norvell said.

“I get emotional thinking about not being out there tomorrow because everything I do is to help impact these guys and help build them up and prepare them. Even though this is not the course of action to ever occur, I still have an opportunity to impact.”