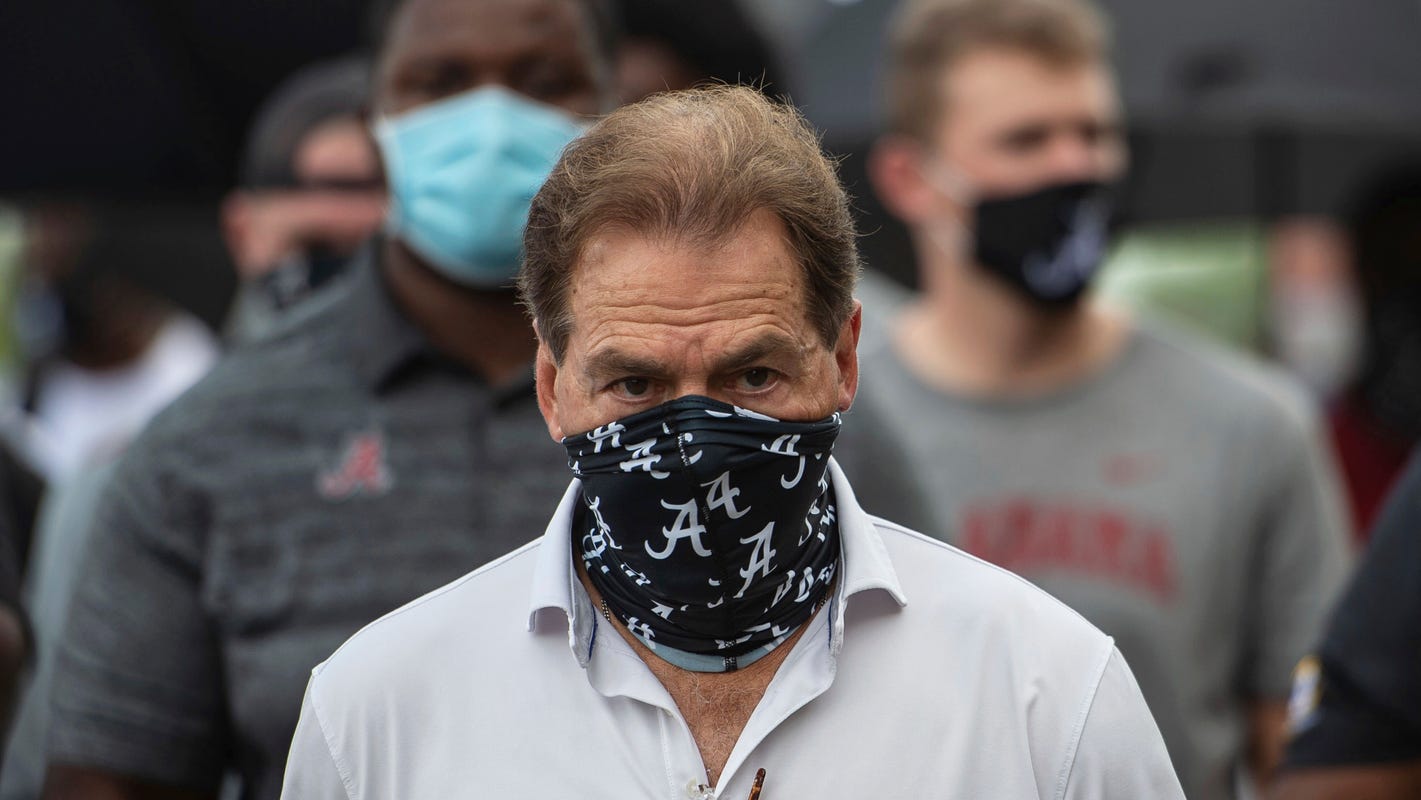 SEC football coaches should put these fun messages on their masks

Some football coaches in the NFL have struggled with wearing their masks on the sideline during games. (Their wallets have paid the price, though.)

Let’s hope college football coaches in the Southeastern Conference, which begins play Saturday, set a better example for mask-wearing. Perhaps their masks (or gaiters, or shields, or face-covering of their desire, hopefully) will have some form of school branding or color scheme to match . Maybe, like New Orleans Saints coach Sean Payton, it will have a message written on there.

While Payton’s message went beyond sports, here are some lighthearted suggestions SEC coaches should consider having stitched onto their face coverings for Week 1.

Three years ago, Saban said positive media attention was “like rat poison.” This will be motivating for his players, and he won’t even have to speak to make his point clear.

“This very seat is where ‘rat poison’ was born.”

—Nick Saban wants his players to focus on what they are doing right now and not be distracted by the “rat poison” pic.twitter.com/ZgXLy5Kcbg

The man loves his pirates.

Mike Leach… no smiles, all business! 😂 (also, see the Mascot with the Pirate eye-patch at the 15-second mark in the video 😆) pic.twitter.com/5Qo6wsLSBQ

A play on words and fitting, as it’s Drinkwitz’s first season with Missouri.

This must be said and/or read in Coach O’s voice.

Meant to be read the way the crowd at Williams-Brice Stadium chants: “Game … Cocks!”

Kyle Field will be a quarter full to start this season, so this would be a nod to the famed “12th Man.”

When you commit this much to a bit, might as well keep the branding going on gameday.

Big Blue Nation is more used more commonly referred to the basketball program, but it works here too.

The best slogan in the SEC belongs on a mask.

Expectations are higher for the Vols in years past, generating some preseason buzz — it also fits his hairstyle.