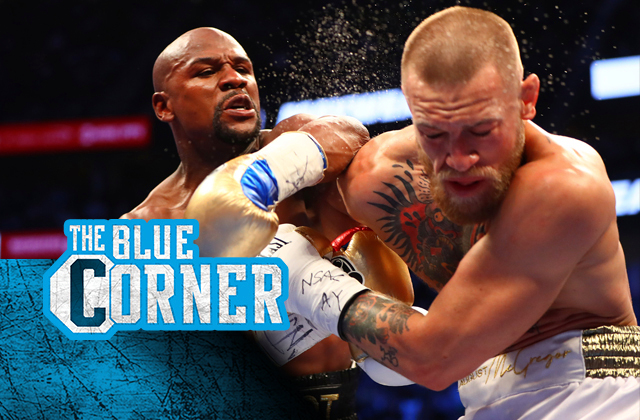 Conor McGregor vs. Manny Pacquiao: Why it might happen

There are two things we knew to be true when Conor McGregor retired for the 7,553,450th time (give or take a few million) back in June:

Thus, it was little surprise on Friday when McGregor went on a Twitter spree in which he leaked purported DM’s to UFC president Dana White from earlier this year. He then pivoted and said he’s going to box Manny Pacquiao next.

According to ESPN, this fight has a real chance of being made. The UFC is interested and McGregor and Pacquiao are both represented by Paradigm Sports Management (Although a Yahoo! Sports report later Friday said this is not quite so cut-and-dried).

And why wouldn’t he angle for this fight? McGregor already helped will one boxing megafight into existence. His 2017 bout with Floyd Mayweather made everyone involved absurd amounts of money, and forever got McGregor off the path every other UFC fighter needs to follow, in which even the biggest stars have to fight whomever the company decides. McGregor can by and large call his shots.

But is it really such a no-brainer that McGregor vs. Pacquiao would hugely outdraw “The Notorious” fighting in the UFC at this point?

Or, to put this another way: How many people pay to see the circus twice?

Diego Sanchez reacts to Conor McGregor’s push for fight: Fans will be ‘begging’ for it after UFC 253

Mayweather is a master carnival barker and had exactly the right charisma mix with McGregor to push the bout into the stratosphere. They hyped the card with a memorable week-long international tour, which is unable to be replicated during the coronavirus pandemic. Mayweather even had the good sense to carry McGregor to a long fight before finishing him, rather than ending it against a fighter with no pro boxing experience quickly and making the people feel like they wasted $100 apiece.

Pacquiao is an international superstar, no doubt, but  he simply hasn’t been in the spotlight the way Mayweather has in recent years. His last fight, against Keith Thurman, brought in a reported 500,000 pay-per-view buys, a number which would be considered a disaster for a McGregor fight.

Our site’s post today about McGregor and Diego Sanchez — a fight which absolutely should not be made — is out-clicking McGregor-Pacquiao by a considerable margin. Maybe there’s a lesson in that.

Still, if the powers-that-be decide this is the direction where going to go, then this is where is probably heading. The first time McGregor stepped in a boxing ring brought more than 4 million pay-per-view buys. If Pac-Mac draws even half as well as May-Mac, then it doesn’t matter how many of us rolled our eyes at Friday’s news.

The Blue Corner is MMA Junkie’s blog space. We don’t take it overly serious, and neither should you. If you come complaining to us that something you read here is not hard-hitting news, expect to have the previous sentence repeated in ALL CAPS.