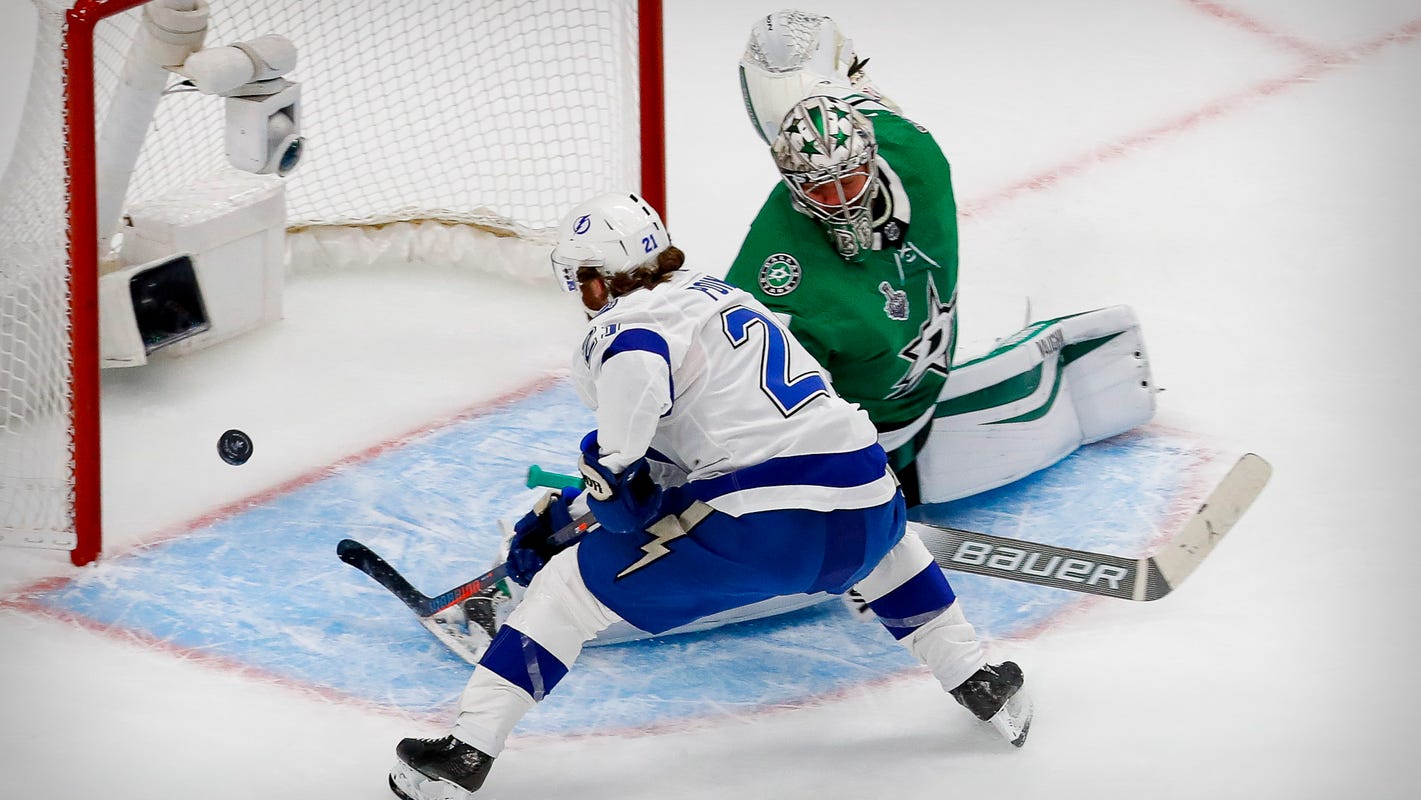 Kevin Shattenkirk scored a power-play goal in overtime as the Tampa Bay Lightning took a commanding 3-1 lead in the best-of-seven Stanley Cup Final.

The Lightning will be position to wrap up their first championship since 2004. There’s a quick turnaround for Game 5 Saturday night (8 p.m. ET, NBC). It’s the first back-to-back nights in a Stanley Cup Final since 2009.

It paid off as Benn and Seguin picked up their first points of the series.

Joe Pavelski is LOCKED IN. 🔒

His 11th goal of the #StanleyCup Playoffs, and it’s a dandy. #GoStarspic.twitter.com/LcrVyCFYdU

Benn fed Pavelski to give the Stars a 2-0 lead in the first period.

Corey Perry is so-o greasy that when he scores, the puck OOZES over the goal line. https://t.co/UtBmb33Hy2

Seguin made a slick move and pass to get Lightning goalie Andrei Vasilevskiy out of position, and Perry followed it up to make it 3-2.

Seguin also picked up an assist on Pavelski’s second goal, which tied the game at 4-4 in the third period.

Pavelski has 60 postseason goals, tying him for first by a U.S.-born skater.

Point was responsible for the first Lightning comeback. He made a sharp move on a breakaway to beat Anton Khudobin in the first period.

Brayden Point with the filthy finish off the feed from Ondrej Palat pic.twitter.com/9KZLqIOMM1

His second goal was on a second-period deflection to give him 13 goals this postseason.

Nikita Kucherov picked up two assists to give him 25 in the playoffs, a record for a winger.

Vasilevskiy made a spectacular save in the second period to prevent the Stars from going ahead 4-2.

He stretched out to make a pad save on Nick Caamano shot to keep the Lightning close.

Vasilevskiy keeping it a one-goal game with his Go Go Gadget leg. #StanleyCuppic.twitter.com/bcqDE2djhq

It paid off when Yanni Gourde scored a power-play goal at 18:54 to tie the game.

Lightning captain Steven Stamkos, who scored in Game 3 in his first appearance in nearly seven months, sat out Game 4.

He got a goal on his first shot in the Lightning’s 5-2 victory but played only five first-period shifts and none in the final two periods.