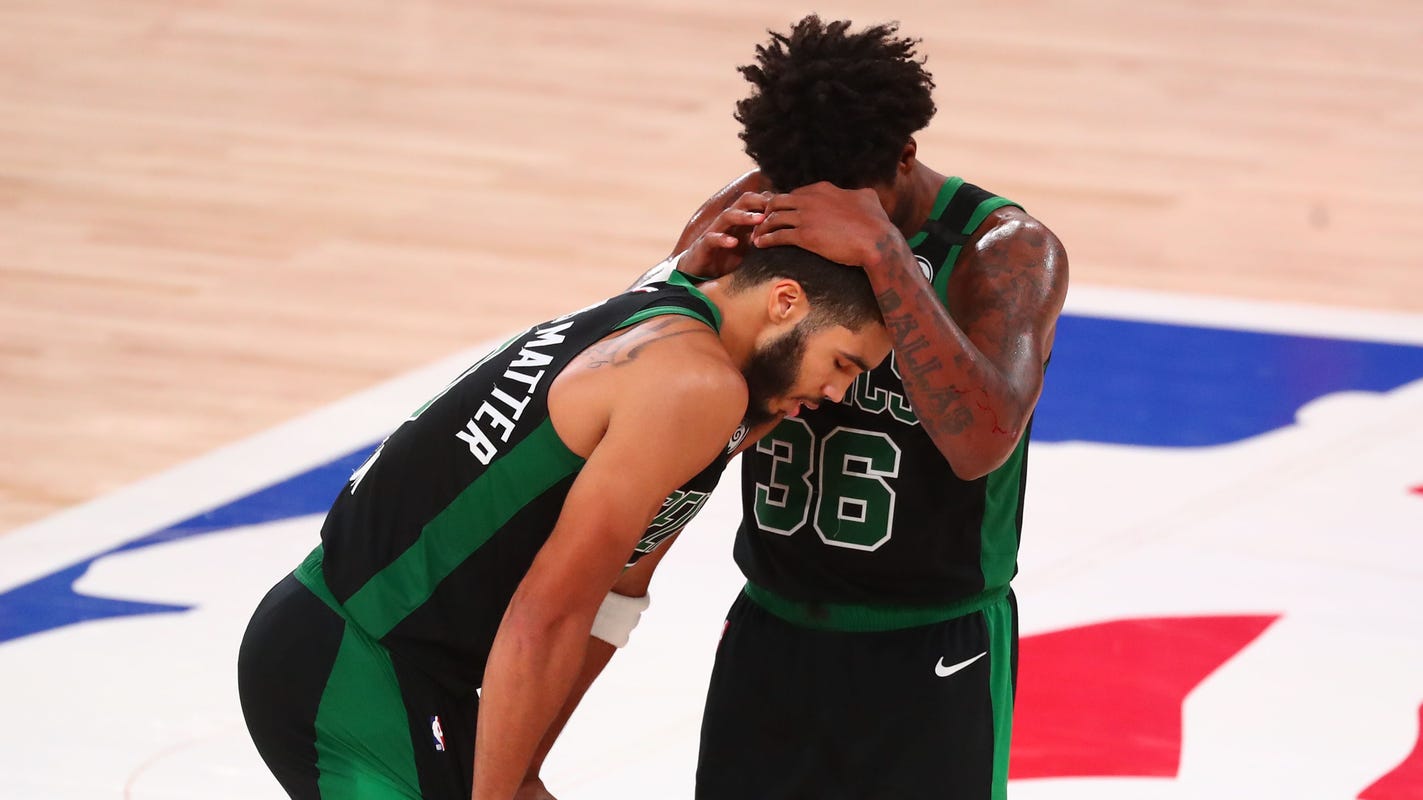 What I’m Hearing: Jeff Zillgitt breaks down what both teams were saying following the Lakers Game 4 win over the Nuggets to take a 3-1 series lead and why this is familiar territory for Denver.

And they needed it.

The Celtics outscored the Heat 70-50 in the second half and leaned on their young stars. Forward Jayson Tatum, 22, scored 17 of his game-high 31 points in the third quarter, and had 10 rebounds and six assists.

Boston forward Jaylen Brown, 23, scored 18 of his 28 points in the second half, and teammate Daniel Theis finally got the better of his counterpart, Miami center Bam Adebayo, with 15 points, 13 rebounds and three blocks. 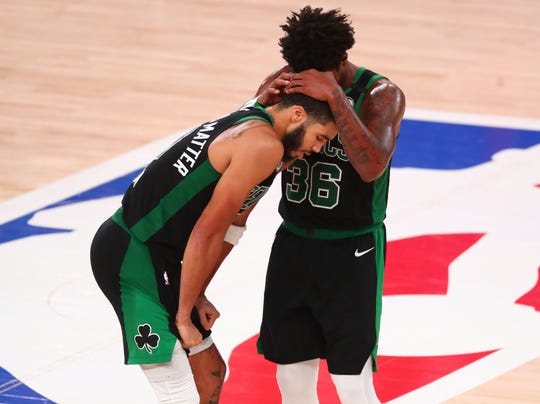 While all games are played a neutral site here at the Disney Wide World of Sports Complex, there is a designated home team based on seed, and the Celtics last won a “home” game on Aug. 19 in the first round of the playoffs.

The home team gets the raucous introductions just before tip-off, and the Celtics get to hear the beginning of “Crazy Train” and “I’m Shipping Up to Boston” at the start of the game. But nothing can recreate 18,000 fans at TD Garden for a playoff game.

“Obviously, as much as the NBA has tried to make the home stuff matter, it just doesn’t,” Celtics coach Brad Stevens said earlier in the series. “It has no impact, unfortunately. I’m not sure that we’ve played in a home game where the home team has won in three weeks. At the end of the day, it’s just guys playing in between those lines and who executes better and who plays the whole 48 or 53 or 58 minutes, or however long it takes, better.”

Basketball ‘just a glimpse’ of who he is: Celtics star Jaylen Brown shows maturity, leadership beyond his 23 years

The Celtics meandered through the first half without much purpose, settling for 3-pointers and playing apathetic defense. They trailed 60-51 early in the third quarter. But then it began to click for Boston. It started forcing the action on both ends – driving to the bucket looking for the best shot and defending with urgency.

By the midway point of the fourth quarter, Boston owned a 107-91 advantage.