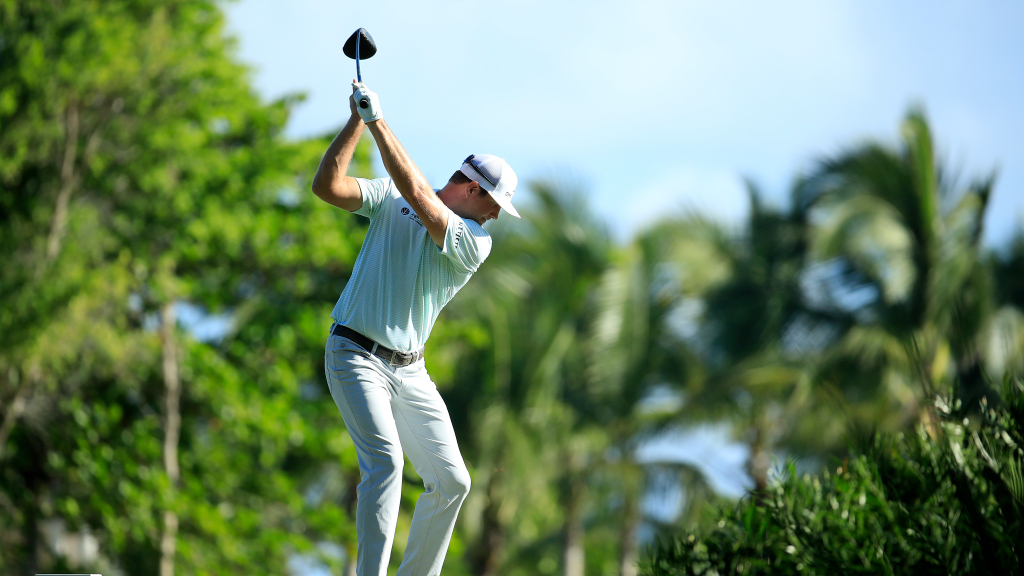 A hornet sting between his fingers couldn’t stop Hudson Swafford from taking the lead in the Dominican Republic on Friday.

The former University of Georgia golfer finished the second round 5-under 67 to hold a two-shot lead at 12 under heading into the weekend at the Corales Puntacana Resort & Club Championship.

Swafford, who started his second round on No. 10, carded birdies on Nos. 12 and 14 and suffered a hornet sting on No. 11 in the joint of his pinky finger to start his round and make the turn at 2 under.

The punches kept coming. His next nine was a bit of a roller coaster. After a bogey on No. 1, Swafford went par-birdie-birdie-bogey to get back to 2 under on the round, then ended with three consecutive birdies.

Swafford, coming off a first-round 65, co-led after 18 holes at Corales Golf Club alongside Scott Harrington, Tyler McCumber and Sepp Straka.

“The wind was a little different today, so definitely the front nine played a little harder I would say after the first four holes kind of being some help wind,” Swafford said. “The last few were back into the wind right there in the middle, so made covering some bunkers a little more difficult with driver and fairways got a little smaller.

“Made a mistake on maybe 5, I guess, but other than that I honestly played pretty good. I gave myself a lot of chances, that’s all that we were trying to do because I feel like I’m rolling it good, I feel like I’m seeing lines pretty good, so just trying to get on the green as fast as possible.”

Swafford said he did not seek medical attention for the sting, but iced it for his first few holes. The sting might have even been a blessing, he said, forcing him to not overthink during Friday’s round.

“I guess it kind of just cleared my mind of the golf thing and just let me focus on something else,” Swafford said.

The 33-year-old is coming off a T-56 finish at the Safeway Open in Napa, California. Last season on Tour, Swafford competed in 10 events, making five cuts and earning one top-10 at the Waste Management Phoenix Open. His lone Tour win was in 2017 at the CareerBuilder Challenge. 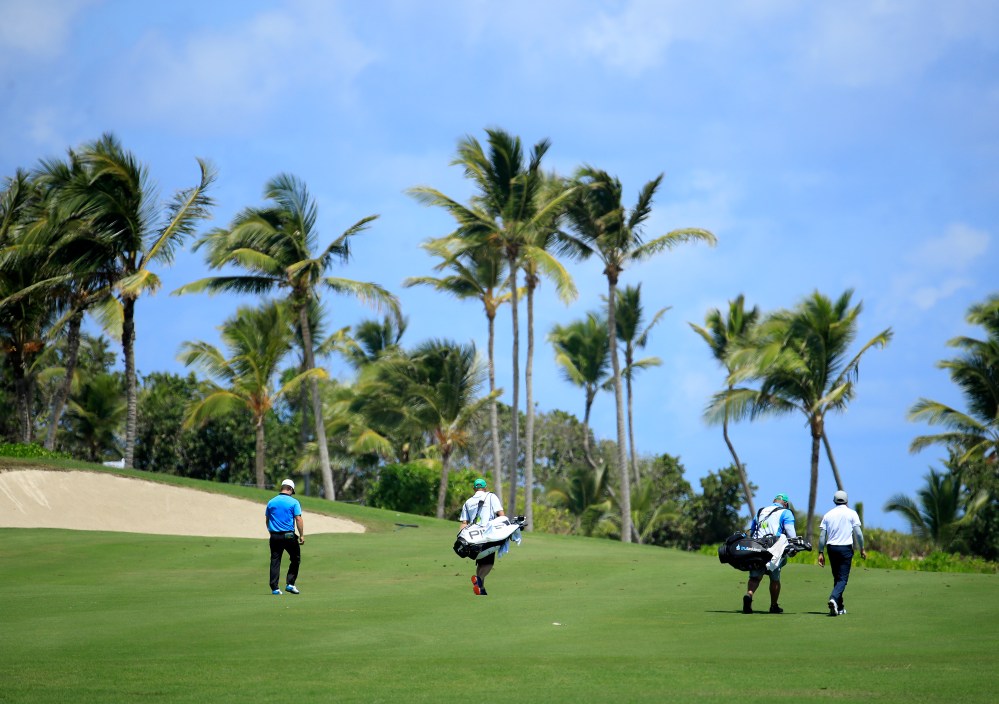 Finishing two strokes behind Swafford were Luke List, Sean O’Hair and Justin Suh at 10 under.

List shot a bogey-free 65, tied with Adam Long for the second-lowest round of the day behind Graham DeLaet’s 64. O’Hair finished the day with a 5-under 67.

Suh, 23, carded five birdies Friday to finish but his most impressive moment of the day was his long par putt on No. 18 to finish the day with his second-straight 67.

Tied for fifth at 9 under are Mackenzie Hughes, Long, Straka and Xinjun Zhang.

Entering the weekend T-9 at 8 under with six other players, including Kelly Kraft, was Patrick Rodgers, who made six consecutive birdies Friday on Nos. 7-12 for the longest consecutive birdie streak in a round of his Tour career. Rodgers finished his round 3-under 69 after bogeys on Nos. 13, 16 and 17.