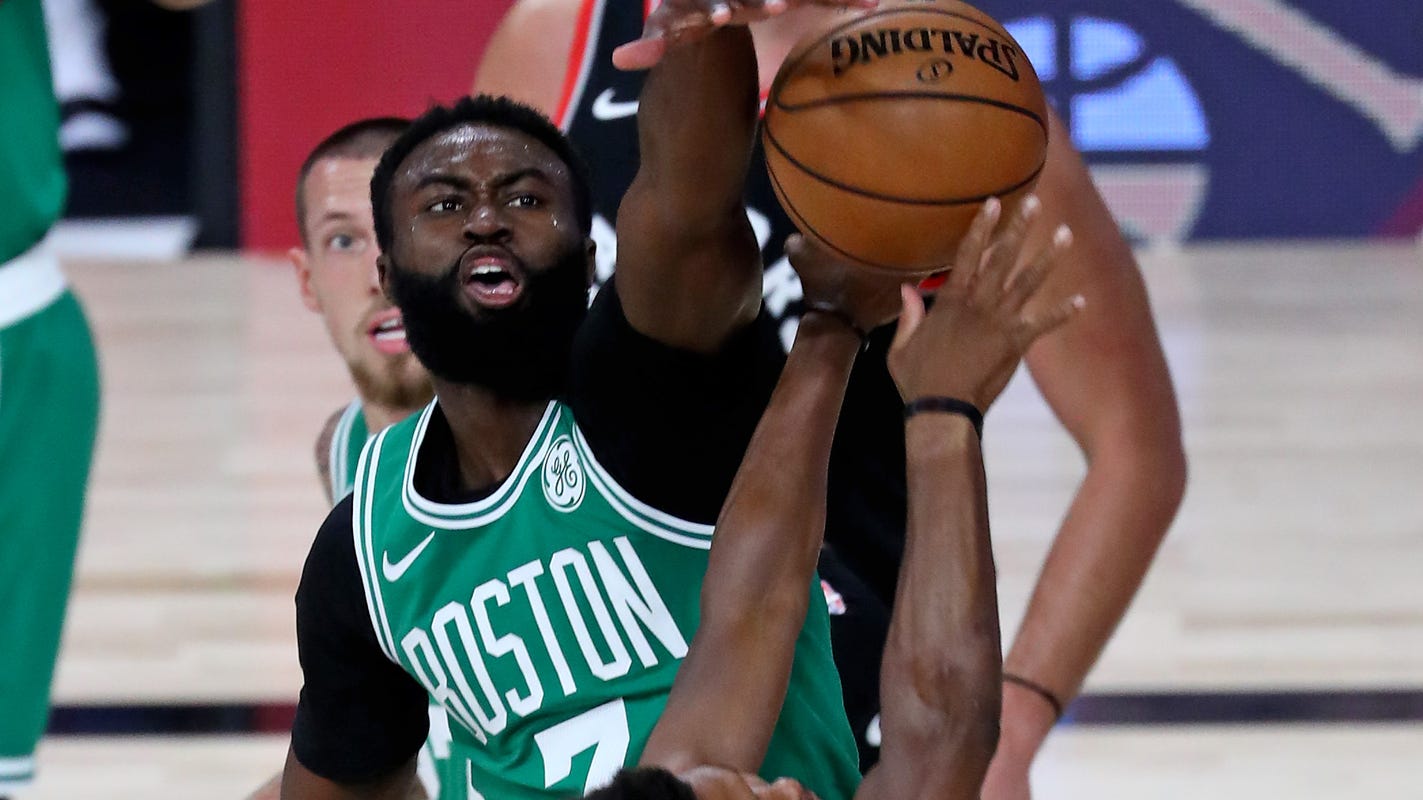 Celtics Jaylen Brown is a star, but game ‘just a glimpse’ of who he is

LAKE BUENA VISTA, Fla. – One of the most thoughtful, influential voices inside the NBA bubble is also one of the youngest and best players, too.

Boston Celtics forward Jaylen Brown is a scholar – seeking not only knowledge but answers to social and racial injustices – just as much as he is a basketball player.

“It’s just who I am,” Brown told USA TODAY Sports. “It’s not like something I’ve just started doing now. I’ve advocated and spoken about things I’ve felt strong about since before I was drafted. Responsibility is the right word. But at this point, it’s just who I am.

“I’ve always been aware. I’m a history buff. I love history. Whatever side it is, I just like to read about it and learn about it. I was aware and fascinated with some of the things that have happened in this country just by doing research and reading about it.”

On the court, he is one of the best young players in the league and on the verge of becoming an All-Star. In the playoffs, he is averaging 21.1 points and 7.4 rebounds and has been Boston’s most consistent player in the Eastern Conference finals, shooting 55.9% from the field and 58.8% on three-pointers.

“Jaylen is a high achiever,” Celtics coach Brad Stevens said. “You can be a high achiever in every which way. He’s a guy that we’ve talked about several times. He’s going to do bigger things off the court than he is on it, and he’s a special player on it. He’s extremely thoughtful, extremely caring and has great moxie and courage.

“I think you add all that together, and the basketball is just a glimpse into who he is. Then when you start learning more about him, you realize who he really is, and he’s a special guy.”

His maturity helped stabilize the Celtics’ locker room after emotions erupted and players yelled at each other following Miami’s Game 2 victory.

“There’s some great guys in that locker room,” Brown said. “A lot of emotion, a lot of passion. But we’re a family. We are here for each other at the end of the day. So we exemplified that when we came out together. We stayed together during some tough moments.”

Brown is from Marietta, Georgia, a suburb 20 miles north of Atlanta, and attended the University of California, Berkeley, for one year.

Both places helped shaped his mind. He began developing a social conscience growing up and “seeing how things go in certain neighborhoods made me see it in a different perspective than the rest of America,” he said. “There is a certain dynamic where a group of people are a lot more comfortable than others. You can see it clear from the perspective of where I come from – disadvantaged neighborhoods. You can’t see it as clear when you’re living in your privilege.”

As a freshman at Cal, he took a sports and society class that is for students working on their master’s degrees, played chess around campus and had long considered the cost of eating meat as he focused on a plant-based diet.

It’s clear Brown puts great consideration into what he does and says.

Just before the league came to a standstill during the restart at Disney after the shooting of Jacob Blake in Kenosha, Wisconsin, the Celtics were one of the first teams to address reporters.

“The question that I would like to ask is does America think Black people and people of color are uncivilized savages and naturally unjust? Or are we a product of the environment we participate in?” Brown said. “That’s the question I would like to ask to America, and America has proved its answer over and over again.”

This week, before the grand jury announcement in the Breonna Taylor case, Brown said, “We need to start using different words other than reform because reform is not the right energy that we are trying to convey. If we use ‘create,’ ‘dismantle’ and things like that, words that we should maybe use, because it’s obvious that this incrementalism in this system has just been stringing us along.”

Brown wants to create change. When the season is over, he wants to meet with city leaders in Boston and Atlanta to discuss “limiting qualified immunity amongst police officers, registering offenses and complaints against officers that could be terrorizing certain neighborhoods and abusing their power,” Brown said.

He wants the Celtics to partner with a grassroots activist with experience, “so that when these things happen, you don’t necessarily have to look to Jaylen, who is a 23-year-old, and have somebody who has been doing the work for a long time and has a lot more experience,” he said.

Brown said he was disappointed but not surprised by Taylor grand jury indictment. But he was not defeated.