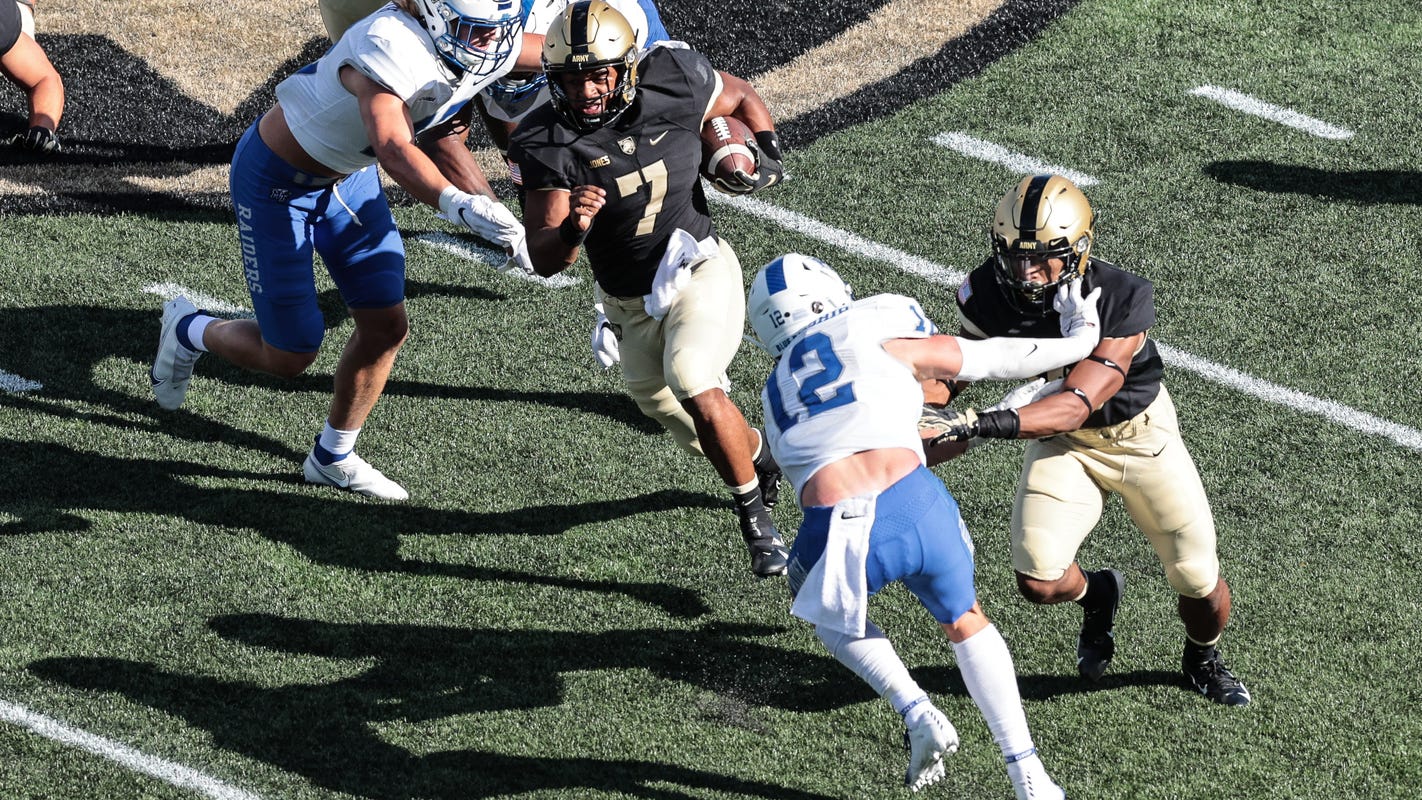 Shocking disappointments and better-than-expected performances are anticipated each weekend in the wild world of college football. It’s especially true in the first month of the season as teams have yet to get into the swing of the schedules and are more prone to mistakes.

College football memes collide this week as we’re “Talkin’ bout the Noles” while examining if “The U” is back. The Seminoles were not impressive in their season opener two weeks ago, meekly falling 16-13 to rebuilding Georgia Tech in the debut of coach Mike Norvell – who won’t even be on the sidelines this week at Hard Rock Stadium after he tested positive for COVID-19. Though it hasn’t been the smoothest start on or off the field, it’s far too early to make any judgments about the Norvell era, especially given the instability the once-mighty program has gone through the past few years. Florida State has some talent, but this is still a bit of a rebuilding project, which makes it unfortunate that Norvell won’t be able to directly help his team for this prime time game early in his tenure.

As for the Hurricanes, no, they’re not “back” either – but they do look much improved in Manny Diaz’s second season. They have two solid games under their belt in 2020, and the bet is for them to keep that momentum as they dispatch Florida State for the fourth consecutive year. Surely, Florida State fans will remain calm if the team gets off to an 0-2 start.

Miami running back Cam’Ron Harris (23) runs the ball in the third quarter against Alabama-Birmingham. (Photo: The Associated Press)

Several SEC games are closer than expected as the league joins the rest of the Bowl Subdivision in stumbling out of the gate after an uneven offseason and fall camp. That’s not to say that Missouri’s going to beat Alabama, or that Arkansas has a shot against Georgia. But even with an extra few weeks compared to the ACC and Big 12, the SEC will not be immune from the sloppiness and lack of timing that has plagued even some of the best teams from those Power Five leagues. It could make for an interesting Saturday.

LOOKING AHEAD: 10 questions facing the SEC as the season gets started

On a Saturday full of potentially lopsided games, Texas Tech hits a potential fork in the road of second-year coach Matt Wells’ tenure. The Texas Longhorns come to Lubbock after Wells’ Red Raiders barely hung on to beat Houston Baptist, a lower subdivision team whose quarterback threw for 567 yards in a 35-33 loss. A win instantly would help Wells win over the fan base after last year’s 4-8 season. But a loss, especially a lopsided loss, could start an ugly slide. And this one just smells like a lopsided loss, well beyond the point spread of 18. Texas wins by at least four touchdowns as star quarterback Sam Ehlinger lifts the Longhorns to an easy 2-0 start, increasing the buzz in Austin about playoff potential and other postseason trophies.

There’s a bunch of hype surrounding Tennessee after the Volunteers finished last season with six consecutive victories. Can they turn that hype into greater success in the third year with coach Jeremy Pruitt?

South Carolina will provide an early indication of where things stand for UT. The Gamecocks have won three of four in the series and four of the last five against Tennessee at home. There are two constants to Will Muschamp’s team: Playing with intensity and a stingy defense. Those two factors should keep the game close. The deciding factor will be if Colorado State transfer quarterback Collin Hill can squeeze enough points out of the offense to pull an upset. The bet is that he will.

We don’t know a whole lot about Army yet. The Black Knights were quite impressive in their two victories against Middle Tennessee and Louisiana-Monroe, but it’s safe to say neither of those teams will be competing for any championships this year. We’d know more had Army been able to square off with BYU, which had just thumped Navy a couple of weeks earlier, but alas that game didn’t occur.

We know even less about Cincinnati. Sure, the Bearcats are coming off a solid season and have been pegged to contend in the American. They did what they were supposed to do against Austin Peay in their 2020 debut last week, but again, that didn’t really tell us much.

But we do know this. No matter how well you simulate it in practice, the Army option attack is hard to stop when it comes at you at full game speed for the first time. Teams with superior talent on the defensive side eventually adjust to it, but sometimes it happens too late.

So can the Black Knights pull off the road upset? These are supposed to be bold predictions, right? So yes, Army will take down a ranked team and get back into the Top 25.

After nailing the bold prediction two weeks in a row with Louisiana-Lafayette over Iowa State and Liberty over Western Kentucky, we’re feeling pretty good about ourselves. So let’s try to make it 3-for-3 with North Carolina State going into Blacksburg and beating Virginia Tech, which is not based so much in confidence about the Wolfpack but trepidation about the state of the Hokies. Maybe this isn’t such a huge reach, but Virginia Tech is still the favorite in this game according to oddsmakers. That seems a little bit generous to the Hokies given their less-than-ideal preparation for the season. Though we don’t know the exact extent of the COVID-19 problems they’ve had at Virginia Tech, coach Justin Fuente talked pretty openly this week about the difficulties he’s had in preparing the team to play as they’ve had a couple games postponed (including this one, which was initially scheduled for two weeks ago) and a bunch of players out of practice. That’s fairly typical of how this season is going to go, but it just seems like the Wolfpack is in a better place at the moment.