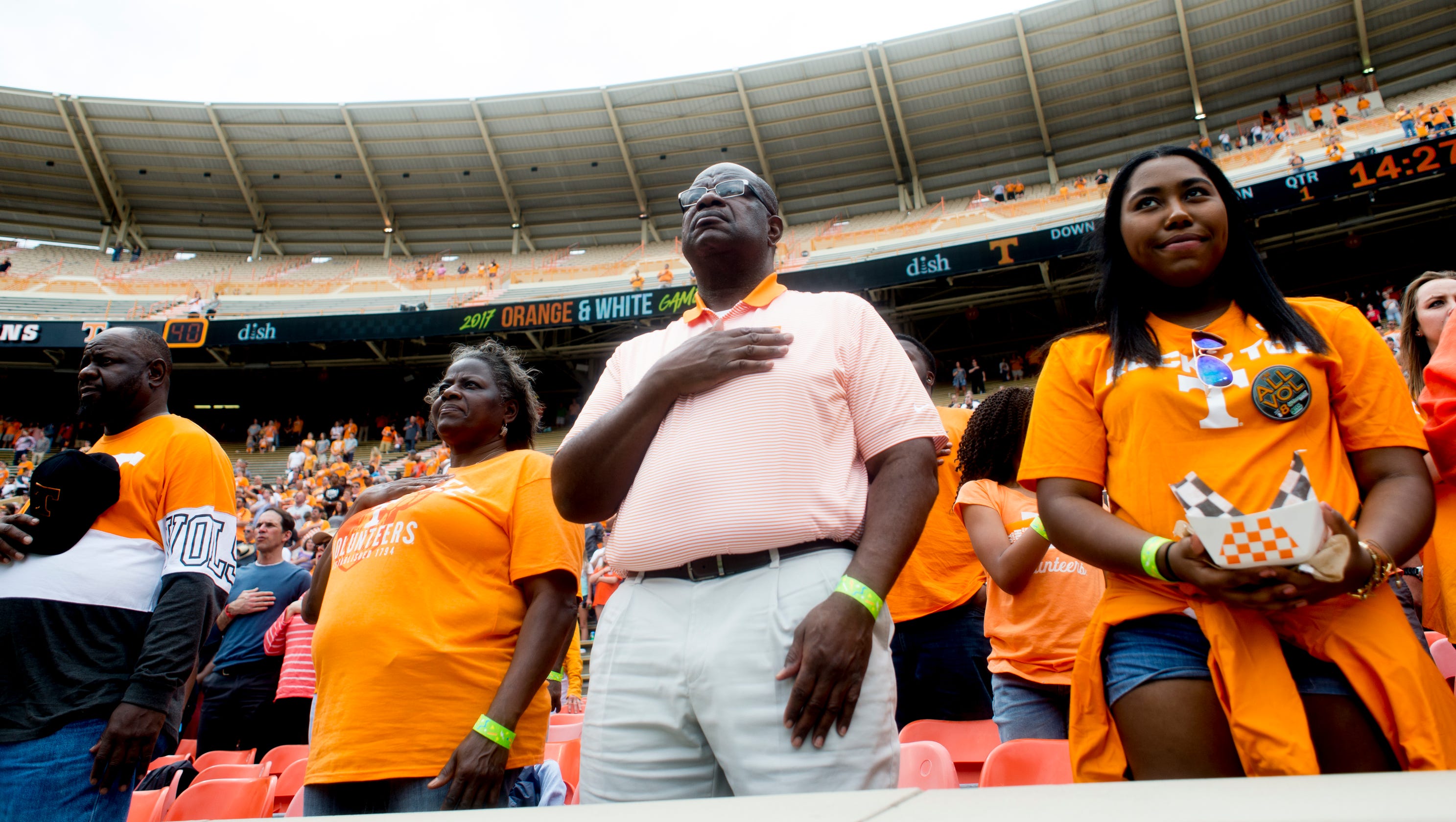 The various leadership groups elected to maintain the SEC’s approach to not have players on the field prior to football games — a decision more about staying with instead of amending current protocol.

“Part of our responsibility is to give our student-athletes space to share their perspective on all issues, including social justice,” Vanderbilt athletic director Candice Lee said. “The times we’re living in certainly have shined a light on this issue. But we have been consistent in providing opportunities for them to use their platforms to affect change.”

The SEC opens its football season Saturday after a three-week delay due to the COVID-19 pandemic and an offseason that has seen many SEC players speaking out against social injustice, racial inequality and police brutality.

“We decided to leave the national anthem protocol as it is for each of our sports,” Arkansas athletic director Hunter Yurachek said. “A sport like football that’s always been in the locker room will continue to be in the locker room.”

According to the SEC office, the home institution must notify the visiting team no later than five days prior to a game regarding any changes to its national anthem procedures.

Arkansas, Florida, Georgia, Kentucky, LSU, South Carolina, Tennessee and Vanderbilt indicated they do not plan to have players on the field for the anthem, staying with the protocol in recent years.

“I think it’s been consistent since I’ve been around that for football, the teams are in the locker room during the pregame pageantry,” said Georgia athletic director Greg McGarity, who has been in athletic administration within the SEC since the 1980s. “I don’t anticipate that changing.”

Some schools will alter pregame processes due to the pandemic. LSU and South Carolina will not have a solo performer sing the national anthem, but instead will have the band perform.

Lee said Vanderbilt had internal conversations with players about how they want to express their views during the season. The Commodores opted to allow players to display messages on the back of their helmets.

Players can choose between 15 messages of social injustice or special causes to display on the sweat plate, located on the bottom back of the helmet. Options include “Black Lives Matter,” “Equality,” “I Am Second,” “Say Their Names,” “Turner’s Heroes” and “No Justice No Peace,” according to Vanderbilt’s game notes for its opener against No. 11 Texas A&M.

“Social injustice is on the forefront of our minds,” Vanderbilt linebacker Andre Mintze said. “It’s something we don’t take lightly. Here at Vanderbilt University and on the Vanderbilt football team, we do not stand for social injustice, especially racism.”

Georgia plans to have a patch attached to its jerseys that states “Together Equality” across the outline of the state borders with the Georgia G logo inside. Arkansas players will have the word “equality” stitched on their jerseys.

“We’ll all be wearing equality patches on our jersey,” Arkansas coach Sam Pittman said. “We’ve all decided that’s what we want to do and we’re certainly excited about that situation that the guys can have a voice and wear a patch.”

Yurachek expects No. 3 Georgia and Arkansas, who play Saturday, to have a show of unity between the teams prior to kickoff.

“I don’t know what that is,” Yurachek said. “I know Pittman and (Georgia coach Kirby) Smart with their relationship have gotten together. I think they’ve got leaders from each of their teams together and I expect there to be some show of unity that would be collective.”

Said McGarity: “I wouldn’t be surprised that schools get together with your opponent and have some show of unity. Whether that’s in the public view or not, the actions are the key thing.”

No. 6 Florida and Ole Miss also have a plan. First-year Rebels coach Lane Kiffin said both teams are “on the same page,” but did not offer specifics.

“We have an idea of what we’re going to do and I think it’ll be pretty neat when you guys see it,” Kiffin said.

The SEC announced Sept. 18 that athletes will wear warmup shirts that display “TOGETHER. It Just Means More” on the first day of competition in all sports during the 2020-21 athletic year.

SEC Commissioner Greg Sankey said in a release that “as we experience another period of important change in race relations, the SEC continues to recognize the opportunity for athletics to have a positive influence on our society.”

The conference stated it will allow its 14 members to “employ additional initiatives” throughout the year.

“I think there’ll be a number of shows of unity and togetherness across the conference in all competitions this year before play starts,” McGarity said.