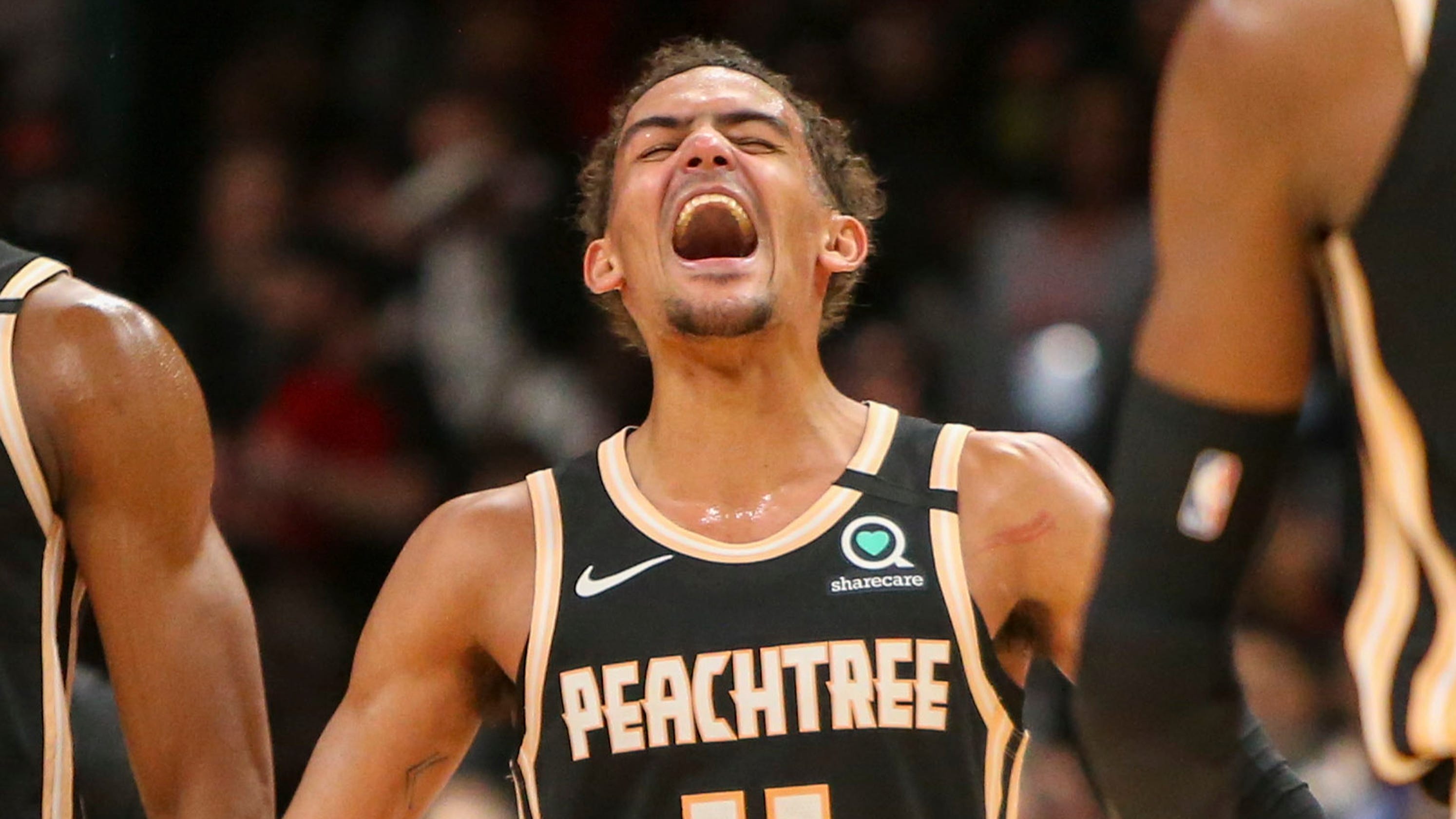 What I’m Hearing: USA TODAY Sports’ Mark Medina spoke with Trae Young to see how he’s handling the ongoing pandemic and how the Hawks plan to complete their rebuild this offseason.

No matter how busy he kept his offseason schedule, at one point Atlanta Hawks guard Trae Young ran out of things to do.

Who hasn’t during this pandemic?

So one day, a close friend pulled up a few YouTube videos that he thought would keep Young entertained. One video showcased Young’s first All-Star appearance in his second season. Another captured the 50-point game he had Feb. 20 against the Miami Heat.

The videos entertained Young. They also infuriated him.

“That’s all cool and all. But I couldn’t even watch it,” Young said Thursday. “It’s so frustrating for me. I hate the narrative of just being a scorer and a stats person. Stats don’t mean anything. I don’t want that narrative to be I’m all about stats because I’m not. For me, stats is the last thing I’m bringing up. I’m all about winning.”

Young sounded less inspired with how he improved from his rookie to sophomore season in points (19.1 to 29.6), shooting percentage (41.8 to 43.7), assists (8.1 to 9.3) and minutes (30.9 to 35.3). Instead, he sounded irritated that the Hawks (20-47) finished with the Eastern Conference’s second-worst record and could not participate in the NBA’s season restart in Orlando.

“My main focus going into my third year is winning,” Young said. “I think that’s always been my focus, but it is even more now than ever. Watching these games has been tough, and just being in that position. So that’s my main thing going into Year Three. Winning, and doing whatever I need to do to get us over the top and get into the playoffs.”

Some of that hinges on factors beyond Young.

Hawks general manager Travis Schlenk has remained open-minded on trading the No. 6 pick or using it to select a prospect in the NBA draft on Nov. 18. The Hawks could have about $50 million in cap space for free agency. And Atlanta will add rim protector Clint Capela after acquiring him in a multi-team trade from Houston shortly before the season hiatus.

The Hawks have taken another step this week — hosting voluntary group workouts, keeping players, coaches and staff members quarantined at a hotel and their practice facilities. This marked the first time Young and others have played in any five-on-five games since the NBA suspended the season in March because of the coronavirus outbreak. The Hawks and seven other NBA teams have started these workouts without any real clarity on when next season will even begin.

Yet Young strongly dismissed the idea these circumstances would hinder his development.

“It won’t affect me at all,” Young said. “I know my body and how hard I can push it and where maybe I can slow down. I know when we’re going to be playing. I know it’s going to be a couple of months from now. So I won’t overload my body now. I’ll be smart and continue to get better and focus on that.”

The reason for Young’s optimism? He spent the majority of his summer working on his game rather than becoming consumed with his highlights.

He completed basketball workouts in his hometown of Norman, Oklahoma. He traveled to Los Angeles to complete more workouts with his trainer. Some of those sessions included yoga and Pilates. Lately, Young completed beach workouts once a week. Both to keep his mind sharp and expand his portfolio, Young also said he read a handful of business books.

More Ice Trae: How ‘The Last Dance’ on MJ and the Bulls gave Young offseason motivation

He stayed disciplined with his training to ensure he becomes one of the NBA’s best point guards with playmaking and improving outside shooting. He also did it so he will no longer be considered one of the league’s worst defenders.