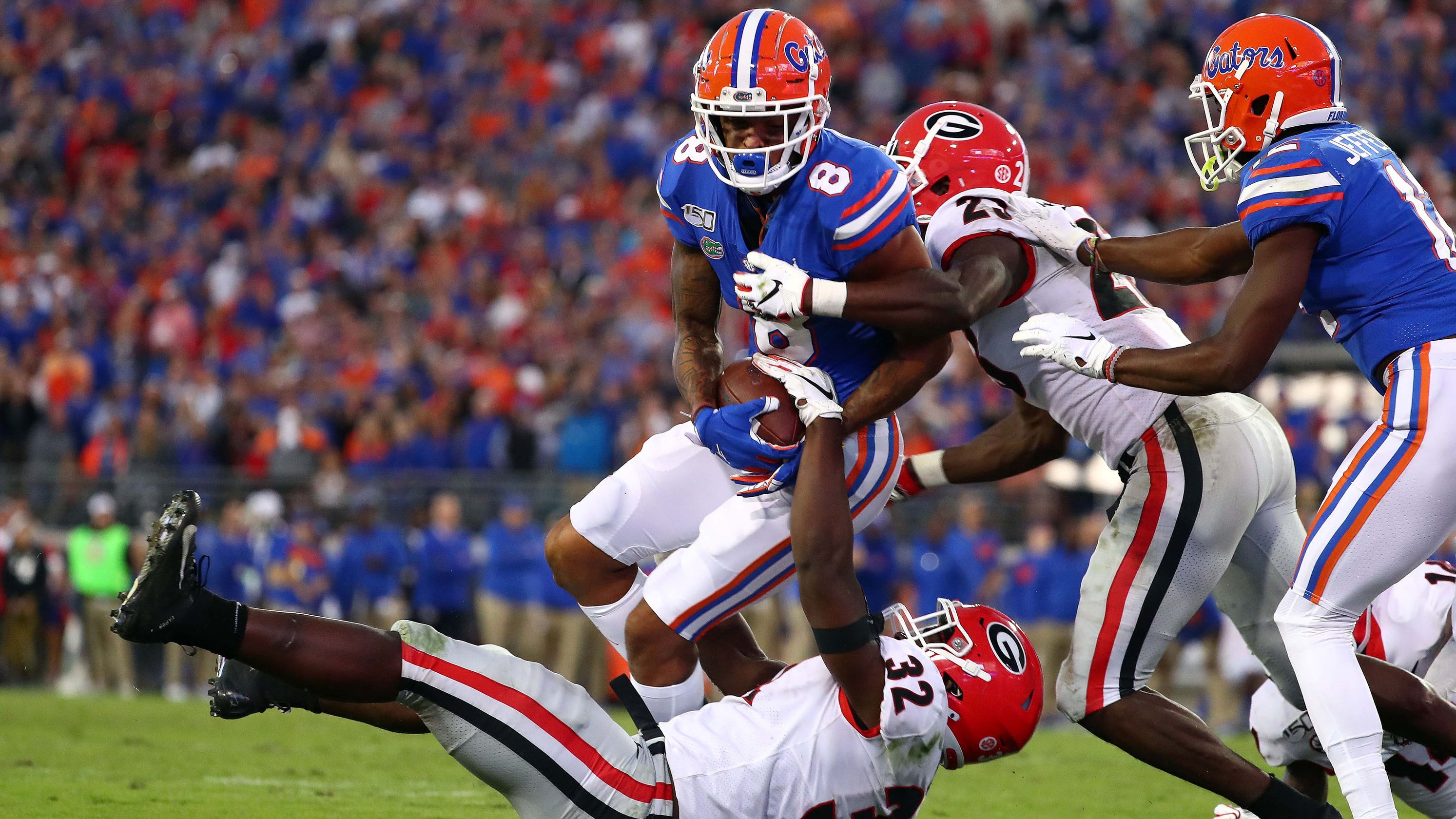 SEC football fans have patiently — or not so patiently — waited for the conference to start its season. The wait ends Saturday with all 14 teams in action to kick off a 10-game league schedule that ends with the conference championship game on Dec. 19.

The first three weekends of the season have illustrated the many uncertainties in this new environment for college sports. Players have opted out. There are health concerns related to COVID-19. There will be fewer fans in the stadium. And there are the usual concerns about how the season will be played on the field. Put it all together and you have an intriguing season that lies ahead.

A look at the 10 biggest questions facing the conference heading into Week 4:

He already has it: Jones, who replaced an injured Tua Tagovailoa last November and played well, has been named Alabama’s starter heading into the opener against Missouri. But can he hold onto it? That’s an unsettled question given the hype around five-star freshman Bryce Young. If ensconced as the starter, Jones still needs to deliver results to fend off Young, who might’ve had a better shot at winning the job during a more traditional offseason. Here’s an early bet: Jones keeps the job all season and plays at an all-conference level.

How far will LSU slide?

LSU’s laundry list of lost contributors from last season is long enough to occupy this whole space and more. Defending the national championship seems, in a word, unlikely. Not to say that LSU won’t be a national factor; the Tigers are still oozing enough talent and confidence to be in the mix come the second half of November. Besides, how can you count out a program that has thrived against ranked competition under Ed Orgeron? On offense, the Tigers will break in a new quarterback in Myles Brennan.

STAFF PICKS: Forecasting the SEC openers and the rest of the Top 25 games

Conventional wisdom points to either Georgia or Florida again being in Atlanta. The Bulldogs have gone the past three seasons. The Gators the two before the streak. With quarterback Kyle Trask’s emergence last season, the Florida offense looks good enough to be on equal footing with its usually strong defense. Georgia, meanwhile, has quarterback questions after Wake Forest transfer Jamie Newman opted out. Could this be the difference when the teams meet Nov. 7?

Is Tennessee able to build on its strong 2019 finish?

If someone is going to break the Georgia-Florida logjam in the East, it could be Tennessee. Year 2 of Jeremy Pruitt’s tenure started slow with home losses to Georgia State and Brigham Young. By season’s end the Volunteers, helped by improved play by quarterback Jarrett Guarantano, were 8-5 after a six-game win streak ended with a Gator Bowl victory over Indiana. Pruitt has slowly built the talent level with impressive recruiting. This could be the year when the pieces are in place to make a run.

For intriguing subplots unrelated to the playoff, it’s hard to beat this: Lane Kiffin at Ole Miss and Mike Leach at Mississippi State. Judging the winner of the long-term competition for state bragging rights is better done three or four years down the road. When it comes to 2020, both teams are picked to finish near the bottom of the West, behind the obvious top four and ahead of Arkansas. Which coach will have the stronger debut? Kiffin’s willingness to tinker with his offensive scheme might suit the Rebels’ skill talent from the start. While Leach has his quarterback in Stanford transfer K.J. Costello, it may take a full year before the Bulldogs’ scheme nears its potential.

Hovering at eight or nine wins might be fine for some programs. It’s not at A&M, which agreed to pay Jimbo Fisher $75 million to move beyond that plateau. It was during his third year at Florida State when Fisher led the Seminoles to the ACC title. Repeating that feat in the SEC will be more difficult. Kellen Mond will lead an offense that will put up points if the offensive line solidifies. But the season boils down to how the Aggies fare against their four opponents ranked in the top 10 — Alabama, Florida, LSU and Auburn. A minimum of two wins in those four are needed.

The fortunes of Auburn last season were tied to Bo Nix as the then-true freshman quarterback had bouts of inconsistency that led to wins against Oregon and Alabama and also frustrating losses to Florida, LSU and Georgia when the offense couldn’t do enough. The backbone of last season was a standout defense that lost several key performers. There’s rebuilding to be done, especially early in the season as the unit gels. That puts the pressure on Nix to paper over the defensive deficiencies and win games on his own. It’s time for him to justify the hype and lead the way for the Tigers. The jury is out on if he can do it for 10 weeks against a gauntlet of a schedule.

Game cancellations or postponements are going to happen, as the first three weeks of the season have proved. The SEC will put tremendous effort and financial resources toward making sure that COVID-19 doesn’t shut down programs for extended periods. There are two bye weeks built into the schedule to create flexibility should the need arise. It remains to be seen, however, if that will be enough to get through the health concerns and have every team complete its schedule before the conference championship game.

Could Vanderbilt and Arkansas go winless?

Not can Vanderbilt or Arkansas go winless — that’s a hard yes — but could the Commodores and Razorbacks go 0-10? The wins aren’t easy to find. Arkansas’ current conference losing streak is among the longest in SEC history. Half of Vanderbilt’s schedule is in the Top 25. The Razorbacks’ best shot at a win? Maybe Missouri on Nov. 28, though getting Mississippi State early, on Oct. 3, is better than getting the Bulldogs late. Likewise for Vanderbilt, with gets the Bulldogs (Nov. 7) and Tigers (Oct. 17) while drawing South Carolina (Oct. 10) at home.

Yes. Of course. Why not? It’s not like the conference getting two into the semifinals is uncharted territory. But it all comes down to these questions: What will be the parameters for the playoff selection committee? Can the SEC begin and complete a full season? If the second-place team from the SEC is 9-2, would that be given precedence over a Big Ten team that’s sitting at 6-0 or 6-1 due to a shorter regular season? All things being equal, an SEC with this overall depth and a conference-only schedule can make a strong case for having its runner-up be in the middle of the playoff debate.