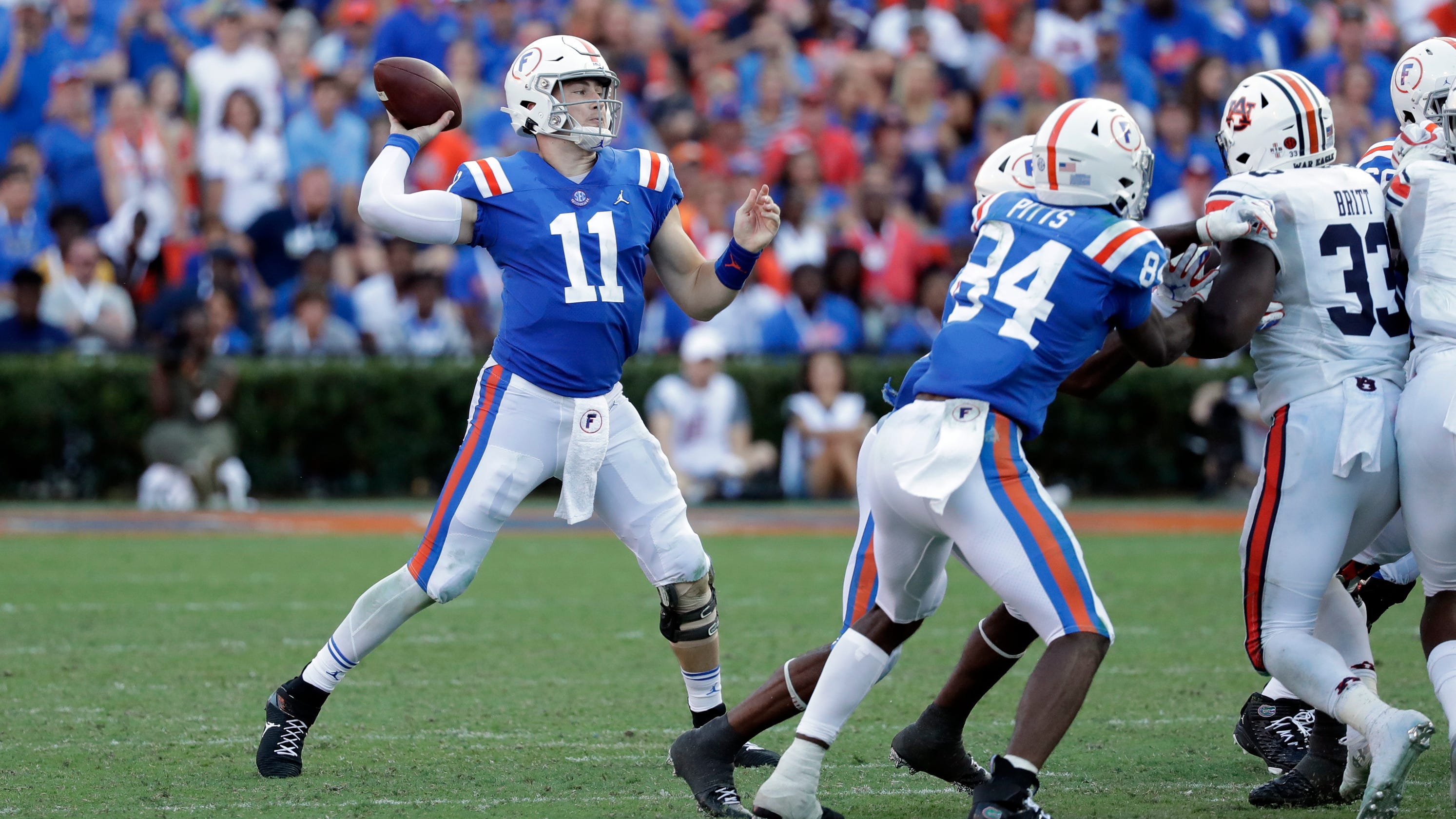 To paraphrase Bruce Willis, welcome to the party, SEC.

The deepest conference will be even tougher to negotiate this year as its 10-game, league-only slate kicks off this weekend. The more compelling clashes will happen later, but for now the main contenders must take care of business. We’ll go out on a limb and presume that Alabama and Georgia will do just that and concentrate on other league openers.

Meanwhile, the Big 12 kicks off conference competition as well, and the ACC race, virus permitting, continues.

Here are the five games with the most potential to affect the very early College Football Playoff picture.

No. 6 Florida at Mississippi

We’ll start with the Gators, who hope to overtake Georgia in the East Division, hitting the road to Oxford for Lane Kiffin’s Ole Miss debut.

The QB competition for the Rebels remained the subject of speculation as game week arrived, and the depth chart Kiffin released Monday shed little light on the situation. It is likely that strong-armed Matt Corral and speedster John Rhys Plumlee will both take snaps in the game, so DT Kyree Campbell and the Florida defense will be prepared for either. QB Kyle Trask is back to direct the Gators’ offense. His arsenal includes standout TE Kyle Pitts, who will command attention from Jacquez Jones and the Ole Miss LB corps.

Florida quarterback Kyle Trask throws a pass during the second half against Auburn at Florida Field in 2019. (Photo: John Raoux, AP)

Kentucky at No. 8 Auburn

The second cross divisional clash of note on the opening-day SEC slate pits Kentucky, just outside of the top 25 this week and hoping to challenge the East powers, against the Tigers, who must protect their home field before embarking on their West Division gauntlet.

The Wildcats’ offense had to be reinvented when QB Terry Wilson went down early with a knee injury last season. He’s back, but he might not be at full speed. He and his running backs have a veteran line blocking for them, but Auburn LB KJ Britt knows how to plug holes. Tigers QB Bo Nix had a solid freshman season. He’ll need to improve his accuracy in year two. The Wildcats’ superb secondary, anchored by S Yusef Corker, will provide an early test.

Mississippi State at No. 5 LSU

The Bayou Bengals’ bid to repeat as SEC and CFP champs begins with this home contest against the Bulldogs and new coach Mike Leach, the Magnolia State’s second splashy hire of the off-season.

The unenviable task of filling the sport’s biggest shoes falls to LSU QB Myles Brennan. He knows the system, but these will be his first meaningful snaps, and he won’t have many of the other weapons that helped Joe Burrow’s run to the Heisman. The Bulldogs’ defense will also have some new names in the lineup, but LB Erroll Thompson provides a good foundation. Stanford transfer QB K.J. Costello will get the keys to Leach’s air-raid attack. The system does indeed make use of the running back position, and there’s a good one in place with Kylin Hill. But the Tigers’ secondary, featuring CB Derek Stingley and S JaCoby Stevens, could be among the nation’s best.

West Virginia at No. 18 Oklahoma State

Unlike the SEC, most Big 12 members have played a non-conference contest. In several cases, that didn’t go well. The Cowboys, at least, were able to squeak out a win last week against Tulsa. The Mountaineers handled their tune-up against Eastern Kentucky with ease, so this will be their first true challenge.

The immediate concern for Oklahoma State fans is the status of QB Spencer Sanders, who left the Tulsa game early with an ankle injury. The Cowboys have the receivers to stretch the field, but if Sanders is unavailable to make use of them, RB Chuba Hubbard might again struggle to find real estate against LB Tony Fields II and the WVU defense. Mountaineers QB Jarret Doege and RBs Leddie Brown and Alec Sinkfield all produced in the EKU tune-up. They’ll be fresh after an open date, but LB Malcolm Rodriguez and the Oklahoma State front will provide more resistance.

This game originally slated for two weeks ago headlines the day’s ACC offerings. The Wolfpack did get on the field last week and outlasted Wake Forest in a shootout. The Hokies, whose second scheduled game against Virginia also had to be postponed, are still awaiting COVID-19 test results but hope to see their first action of 2020.

N.C. State’s revamped offense with QB Bailey Hockman at the controls and featuring RB Ricky Person in a variety of roles showed immediate improvement over last season’s output. The Hokies’ defense faces many questions between opt-outs, practice disruptions and working under a new coordinator, though LB Rayshard Ashby should be an excellent centerpiece. Tech QB Hendon Hooker should be able to keep pace if another track meet breaks out, but he must beware of Wolfpack DE Daniel Joseph.