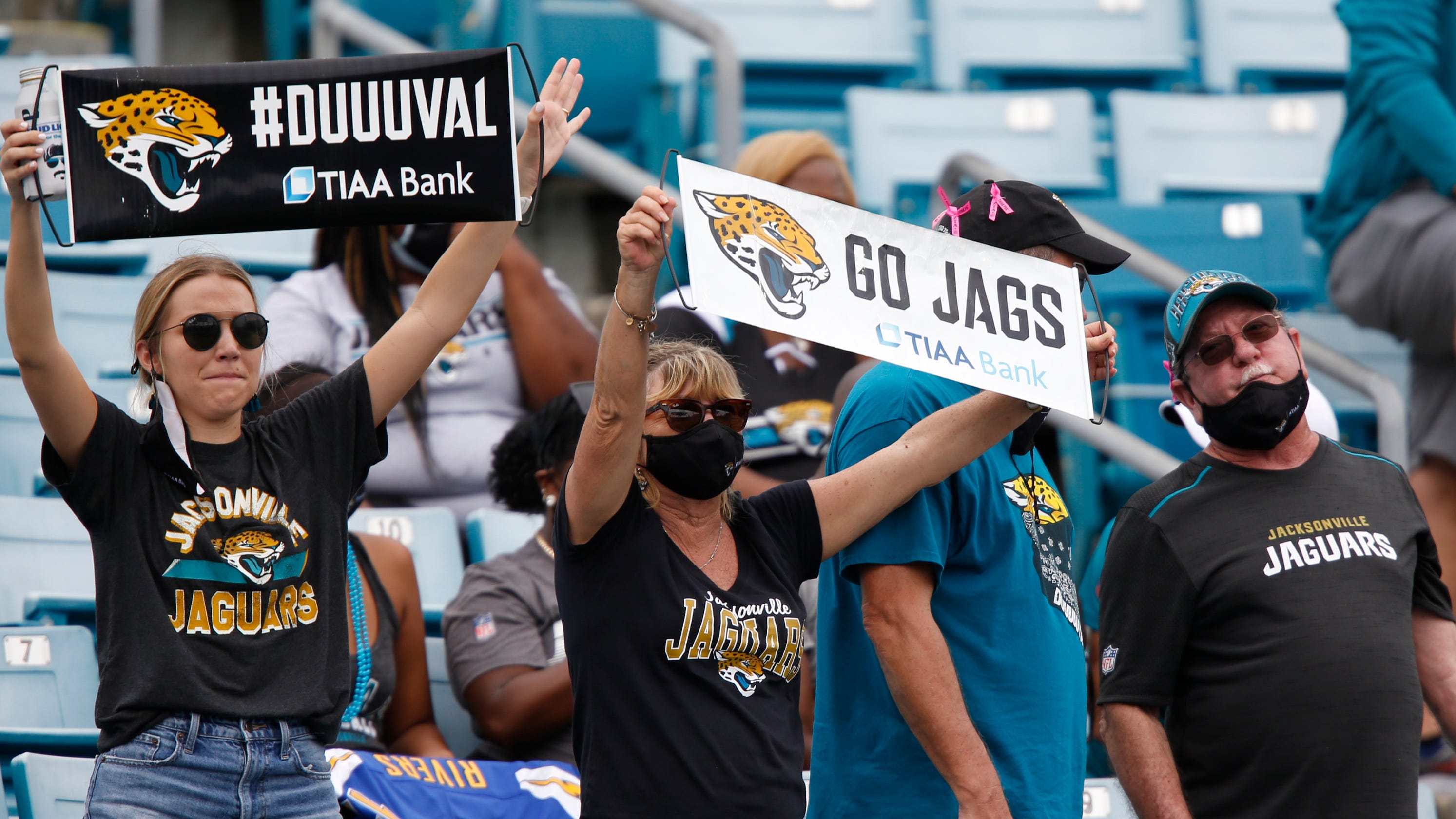 As a journalist, I appreciate social media’s value as a means to disseminate (authentic) news and information and maybe take you to sites devoted to a particular interest or hobby. It can also be a great way to connect with people you used to know or haven’t met.

But as a Gen Xer, I’m not into the memes, cancel culture, lies, hot takes and general vitriol that too often pervade Twitter, Facebook and other forums.

Just not my jam.

But, man, do I love logos – especially when I can work them into tweets featuring one of my NFL features or as part of a game I’m covering or watching. So I dig it when Twitter allows me to use hashtags that are associated with NFL team logo emojis while also permitting seamless entry into conversations surrounding a given team …

… except when you can’t for the life of you figure out what a club’s specific hashtag actually is.

I was watching Week 2’s Bengals-Browns matchup with interest, grateful for the opportunity to focus on the progress of Cincinnati rookie quarterback Joe Burrow while checking out how Cleveland looked under first-time head coach Kevin Stefanski.

At some point, I wanted to tweet an observation about Burrow and include the Bengals hashtag … so I tried #Bengals. Fail. #CincinnatiBengals. Fail. #GoBengals. Fail. Nate, you dummy, it’s obviously #WhoDey. Except it isn’t.

That’s the best we can do? Does this somehow pass as intuitive for a guy who likes to think he knows the league pretty well? Does anyone in Cincinnati even say this? (And should I have been surprised or outraged? Probably not. After all, the Buccaneers hashtag used to be #SeigeTheDay. Barf.)

Naturally, this got me thinking – in my most social media-friendly mindset – that I should unearth all 32 NFL hashtags associated with club logos and rank them (worst to best, of course) by my approval rating.

32. #FTTB (San Francisco 49ers): Huh? I realize putting a hashtag in front of “49” is problematic, but what was wrong with #GoNiners? Or #Niners? Or even #Faithful? Full transparency, I had to look up FTTB. It means “Faithful to the Bay” … even though Santa Clara’s Levi’s Stadium is roughly 50 miles from San Francisco and not contiguous to the bay or any body of water. So maybe #FTSC: Faithful to Silicon Valley?

31. #SeizeTheDEY (Cincinnati Bengals): Any of my aforementioned suggestions are infinitely superior, Mr. Brown – and I know you’re glued to your feed about now.

30. #TogetherBlue (New York Giants): It used to be #GiantsPridebut, in fairness, Giants fans are more likely to be blue together this season than feeling much pride.

28. #TakeFlight (New York Jets): Pfft. In your dreams, fellas. Also, can I please get a #GangGreen or #NYJ so you’re at least on brand?

26. #WashingtonFootball: I know a lot of Washington fans, and #WFT would have been a nice bookend to the #WTFs they so commonly utter.

25. #ForTheShoe (Indianapolis Colts): As team slogans go, this skews to the corny side of the spectrum – especially when #Colts was available last year.

24. #RamsHouse (Los Angeles Rams): Their new SoFi Stadium house looks very cool, and at least I’ll get to the logo by starting with a #Rams hashtag. Of course, I’m hardly enamored with this new insignia or hashtag, which replaces #LARams.

23. #FinsUp (Miami Dolphins): Has the benefit of being advice since a collapsed dorsal fin seems to be bad news for aquatic mammals. But #Fins is perfectly sufficient.

22. #DUUUVAL (Jacksonville Jaguars): While I appreciate their county pride, I don’t want to keep track of the number of required U’s. (But I do enjoy the Jags using social media to determine their – ugly – uniform combinations.)

If this post gets 5,000 retweets, we will wear all teal on Thursday Night Football.

21. #RavensFlock (Baltimore Ravens): Again, by typing “Ravens,” you’re gonna get to where you want to go – though I don’t need the “flock.” At least they didn’t go the Jacksonville route and adopt Ed Reed’s #Baltimooooooooooooooooore.

20. #BoltUp (Los Angeles Chargers): Meh. #GoBolts is taken by the NHL’s Tampa Bay Lightning – fair since that’s a better team. I also don’t like that #BoltUp provides what looks like a Harry Potter lightning emoji instead of the Chargers’ traditional thunderbolt.

19. #GoBucs (Tampa Bay Buccaneers): This is to #SeigeTheDay what Tom Brady is to Jameis Winston.

17. #BroncosCountry (Denver Broncos): As far as AFC West tribalism goes, I think I’d rather identify with a kingdom or nation.

16. #Titans: Much prefer this Tennessee tag to #TitanUp, which … what does that even mean?

15. #RiseUpATL (Atlanta Falcons): Maybe not obvious to many, but the Falcons have used “Rise Up” as part of their branding and community efforts for years. Not sure I need the ATL tacked onto it, but I’ll take it over #InBrotherhood – nice as Coach Quinn’s notion of togetherness is.

14. #Saints: Self-explanatory is just fine for New Orleans, though #WhoDat would’ve been cooler.

13. #Browns: Self-explanatory is just fine for Cleveland, though #DawgPound would’ve been cooler.

11. #DallasCowboys: America’s tag – often used 1000 times an hour even in the middle of the week.

10. #OnePride (Detroit Lions): Personal bias here from a U2 superfan since this hashtag features two of the band’s greatest songs (admittedly, I saw somebody else riff on this once). Otherwise, I’d understand if most of you could do With or Without it.

9. #FlyEaglesFly (Philadelphia Eagles): It references the team’s hokey fight song, but Philly fans love to sing it in unison.

8. #KeepPounding (Carolina Panthers): It’s a rallying cry the club adopted in honor of former linebacker and assistant coach Sam Mills, who died of cancer in 2005. Fans typically beat a large “Keep Pounding” drum prior to home games. The phrase is also emblazoned inside the collar of Panthers jerseys.

5. #Seahawks: Simple. And cool that it depicts Seattle’s beloved 12th Man logo instead of using the standard ‘Hawks emblem.

3. #Skol (Minnesota Vikings): Such sweet symbiosis between Norse culture and the team’s battle cry, which produces one of the coolest pre-game images in the league when Vikes fans are clapping in unison while chanting “Skol!” full throat.

DOWN GO THE 1 SEED COWBOYS@Vikings fans advance to the Elite 8! #SKOLhttps://t.co/PiuIpX6pRppic.twitter.com/zZ6hxuEsV0

2. #BillsMafia (Buffalo Bills): I hate fighting with these delusion fans, who all seem to think the Bills are, at minimum, a top-five team in my power rankings. But, hey, love the loyalty and enthusiasm … and especially admire the whole “Bills Mafia” ideology.

1. #RaiderNation (Las Vegas Raiders): Every fan base seemingly wants to lay claim to a “Nation” – Nationals Nation? ugh – but it truly applies to this itinerant franchise and its uniquely fervent support group.