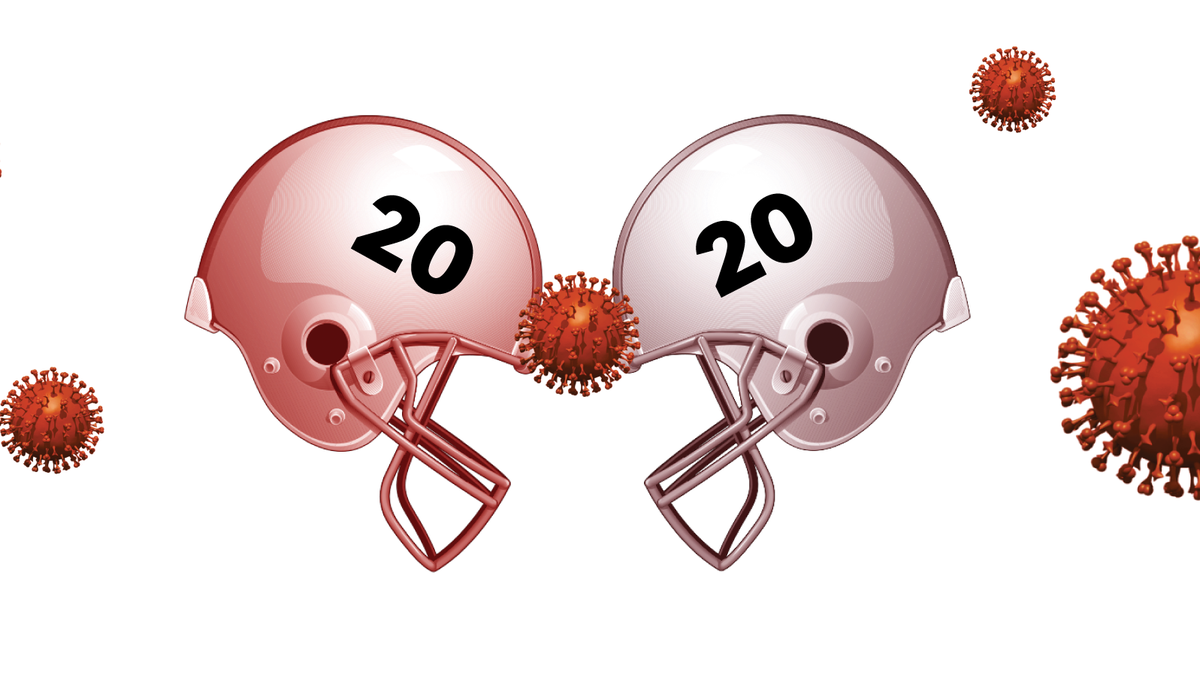 The Southeastern Conference hasn’t played a down of football in the 2020 season, but the SEC has seven teams ranked in the top 25 of the Amway Coaches Poll.

The SEC also dominates another top 25 list: the most COVID-19 infection rates among counties with Power Five football programs. Those nine schools include the Florida Gators, who rank in the top six of both lists.

COVID-19 and the commitment to start the season leaves the conference in a precarious position as all 14 teams begin their seasons this weekend with most of their stands filled to 20-25% capacity.

“I still am in the hold-my-breath moment — a bit,” SEC Commissioner Greg Sankey said this week.

The good news for SEC teams and fans is that the average daily new cases per 100,000 residents in their counties declined by 32% this week to 25.8 — nearly double the national average of 13.4.

“I was really surprised to see that the numbers have declined drastically in SEC counties combined and individually, as well, in 13 counties,” said Pooja Naik, a master of public health candidate at Emory’s Rollins School of Public Health, who conducted the data analysis for USA TODAY.

Still, Naik says she worries about the thousands of fans shouting together in “the same air space” and potentially driving infection rates up again.

“We need to understand that numbers going down does not necessarily give us a green signal to stop social distancing and stop using masks,” Naik said. “It wouldn’t be surprising to see a completely different picture from our data next week.”

The numbers, though, are similarly encouraging around the country. About two-thirds of the counties with Power Five programs saw their daily COVID-19 cases decrease during the past week. SEC schools are highlighted, below, in red.

Beyond the SEC, COVID-19 will be a significant storyline throughout ACC matchups this weekend.

Wake Forest’s game with No. 7 Notre Dame has already been postponed to Dec. 12 because of an outbreak on Notre Dame’s team that has 13 players in isolation and another 10 in quarantine.

On the other end of the coronavirus spectrum, the University of Virginia will likely open its season against on Duke on Saturday after its three previously scheduled games were postponed by COVID-19. Case rates in both schools’ home counties are nearly half the national average.

Among the one third of counties that increased their daily COVID-19 cases this week, five showed triple-digit increases. Kansas State, which is scheduled to play No. 3 Oklahoma Saturday, saw cases jump 250% in Riley County to a Power Five high of 60.3 new cases per day.

The Pac-12, which plans to start a seven-game season Nov. 6, accounted for all the other counties with triple-digit increases, including Boulder County where new cases doubled to 43.3 per 100,000.

The Big Ten, which announced last week that it will begin conference play in mid-October, had a cumulative 24% decline in cases among its universities’ counties, but the daily rate in Centre County, home to Penn State, remains more than four times higher than the national average.

A look at the new COVID-19 daily case rates for all counties with SEC conference schools: