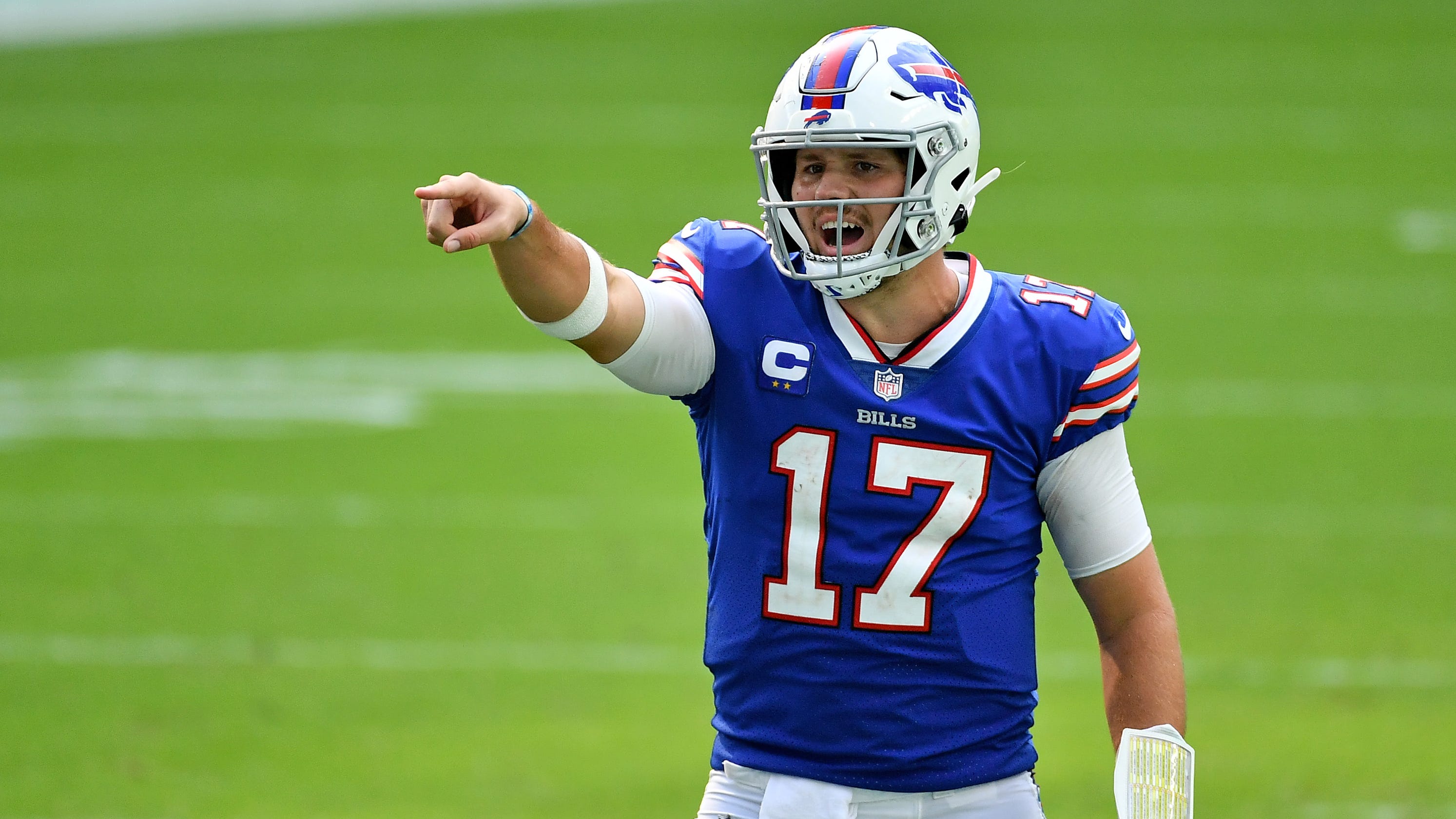 A total of 11 NFL teams have jumped out to 2-0 starts, tying the league record for the most in a single year. While it’s still early, a hot start normally bodes well for postseason implications. Since 1990, of the 244 teams that have opened the year with 2-0 records, 151 of them (61.9%) have made the playoffs. On average, those 2-0 teams have gone on to post 10-6 records, and 19 of them went on to win the Super Bowl.

Some of this year’s unbeaten teams certainly appear to boast Super Bowl potential. But there’s some fool’s gold in this bunch.

Here’s a look at which teams to believe in, and which squads to pump the brakes on.

Believe in: The Kansas City Chiefs. There’s no complacency in this bunch after winning their first Super Bowl in 50 years. Patrick Mahomes again looks like an MVP candidate, and a potent offense just might be even more well-rounded thanks to rookie running back Clyde Edwards-Helaire.

Pump the brakes on: The Las Vegas Raiders. Has the move to Las Vegas invigorated an offense that struggled to score last season? The Raiders are averaging 34 points per game, fourth most in the NFL. But is that sustainable? Inexperience, particularly at receiver, eventually will hurt this team. And the defense is yielding 6.7 yards per play and a 58.3% success rate on third downs, both worst in the league.

Believe in: The Green Bay Packers. Year 2 under Matt LaFleur appears to have yielded greater comfort for Aaron Rodgers, who currently directs the best offense in the league (505 yards and 42.5 points per game). Rodgers has six touchdown passes and no interceptions. Green Bay looks like one of the best in the NFC.

Pump the brakes on: The Chicago Bears. Mitchell Trubisky is off to the best start of his career. But the Bears also have played two struggling squads in the Lions and Giants and narrowly escaped each, needing a 21-point fourth-quarter comeback and a last-second stop to seal the wins.The road gets tougher from here, and Chicago’s old struggles seem likely to return.

Believe in: The Baltimore Ravens and Lamar Jackson, who look like they picked up right where they left off last regular season. Everyone wanted to see Jackson take that next step as a passer. Through two weeks, he has completed 77.6% of his throws while rocking a 134.6 passer rating for a team that averages 35.5 points per game. Meanwhile, on defense, the Ravens are holding teams to just a league-low 11 points per contest. This week’s opponent, the Chiefs, certainly will test that unit, though.

Buffalo Bills quarterback Josh Allen (17) signals prior to the play against the Miami Dolphins during the second half at Hard Rock Stadium. (Photo: Jasen Vinlove, USA TODAY Sports)

Pump the brakes on: The Buffalo Bills. Josh Allen is off to an impressive start with the first 300- and 400-yard games of his career. Stefon Diggs appears to have settled in nicely with Buffalo. But let’s not forget those two Allen performances came against the Jets, who look like the worst team in football, and the Dolphins. The Bills certainly hope their 2018 first-round pick has put it all together, but until he can perform at a prolific rate against formidable foes, questions will remain.

Believe in: The Seattle Seahawks. They needed a goal-line stand to hold off Cam Newton and the Patriots and improve to 2-0, but this Seahawks team is impressive. It all starts with their quarterback. Russell Wilson has completed an astounding 82.5% of his passes with nine touchdown passes, just one interception and a passer rating of 140. The Jamal Adams trade has given Seattle a difference-maker on the back end, and it’s reasonable to believe this team has a real chance to win the NFC West and make a deep postseason run.

Pump the brakes on: The Arizona Cardinals. Kyler Murray definitely has had an impressive start to the season: 516 passing yards, two touchdowns and three rushing touchdowns. DeAndre Hopkins is a great addition. This defense looks promising, and beating the 49ers in Week 1 on the road was big. But Murray still needs to show he can perform at this level consistently. Fortunately for the Cardinals, they have a favorable early schedule with the Lions, Panthers and Jets on tap. Along the way, they’ll brace for Dallas, a visit to the Patriots and another meeting with the 49ers, as well as two meetings with the Rams and Seahawks. It feels like things will even out for the young Cardinals.

Believe in: The Los Angeles Rams. Speaking of …. After a Super Bowl hangover campaign that featured a 9-7 record and narrow miss of the playoffs, the Rams have retooled on both sides of the ball and appear to have gotten their groove back. The balance and creativity that their offense was known for in Years 1 and 2 under Sean McVay has returned. Aaron Donald has a more athletic, explosive supporting cast on defense.

Pump the brakes on: The Pittsburgh Steelers. They boast a defensive unit full of young, athleticball hawks. And Ben Roethlisberger has shown flashes of his old self, completing 68.5% of his passes while recording five touchdown passes, one interception and a 107.1 passer rating. But health is a real concern for this team. Roethlisberger, who missed all but two games last season with an elbow injury, has struggled to stay on the field throughout his career. James Conner has an ankle injury and also has struggled with durability issues in previous seasons.

Believe in The Tennessee Titans. The Broncos and Jaguars both made them sweat, but the Titans managed to overcome both hurdles and work out their kicking issues to improve to 2-0. Tennessee has a proven formula and should benefit from continuity in a year of such uncertainty. Top to bottom, they own the best roster in the AFC South and seem likely to return to the postseason, where they fell short in the AFC championship after upset wins over New England and Baltimore.