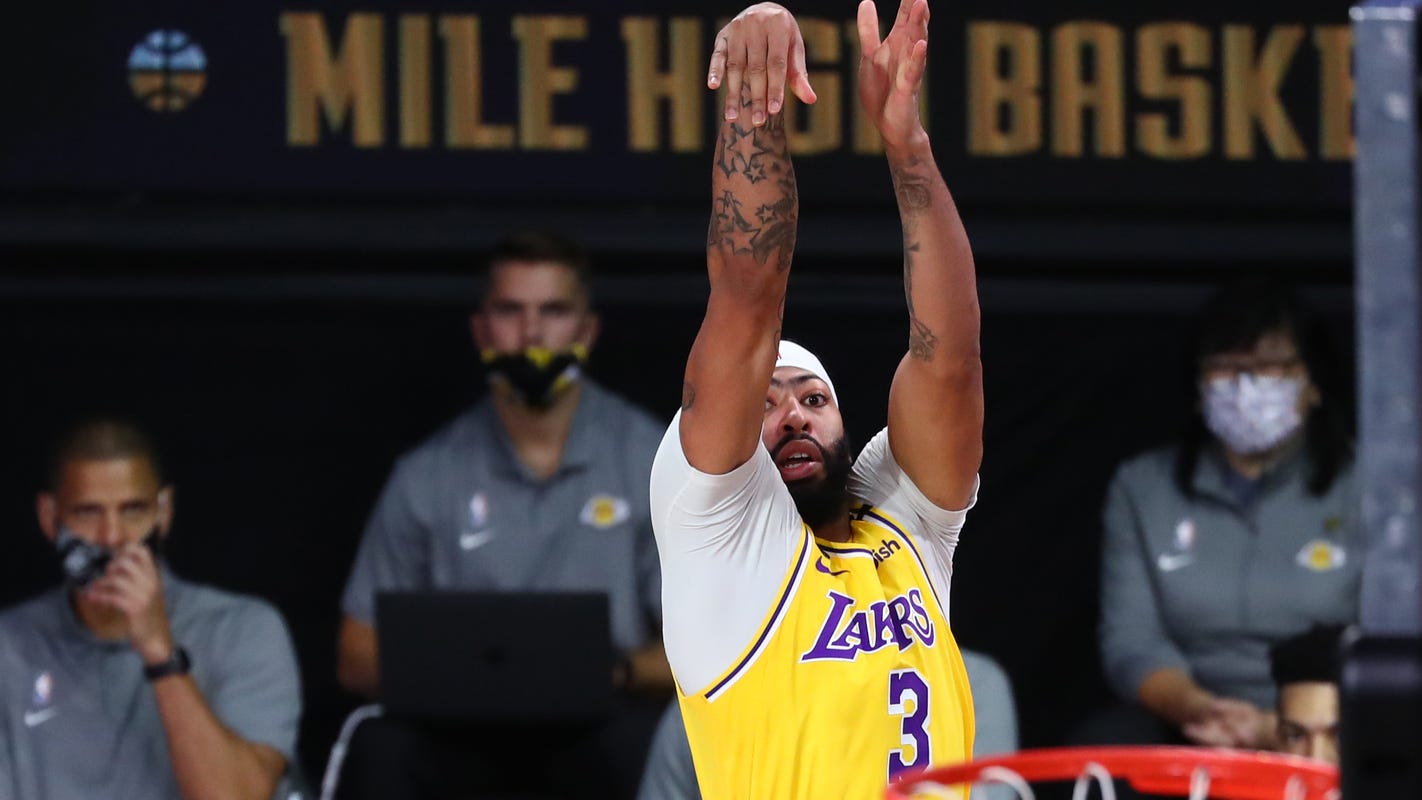 LAKE BUENA VISTA, Fla. — Anthony Davis caught the basketball at the top of the 3-point line, pump-faked, dribbled behind his back as he drove, and scored on a layup as he was fouled.

He converted the free throw accounting for 10 of his fourth-quarter points in the Los Angeles Lakers’ 114-108 victory over the Denver Nuggets in Game 4 of the Western Conference finals on Thursday.

Davis scored a game-high 34 points – his third 30-point game in the series against Denver – and was 13-for-14 from the foul line, including 6-for-7 in the fourth quarter.

For a player who had never played in the conference finals until this season, not only is Davis producing, he is generating amazing fourth-quarter statistics.

In this series in the fourth quarter, Davis averages 7.8 points and shoots 81.8% from the field, 66.7% on 3-pointers and 91.7% from the foul line, and his true shooting percentage – a measure that combines field goals, 3-pointers and free throws – is an unheard of 95.2%.

The Lakers also have outscored the Nuggets by 20 points with Davis on the court in the final quarter.

Anthony Davis shoots during the first half of the Lakers’ Game 4 win against the Denver Nuggets. (Photo: Kim Klement, USA TODAY Sports)

“I want to be aggressive, take some pressure off this guy (LeBron James) over here,” Davis said. “A lot of teams lock in on him late game. … I’ve got his back and he’s got mine. Especially in the fourth quarter, we have each other’s back and will be locked in. That’s something that we’ve been able to do, especially in this series.”

James and Davis form an outstanding 1-2 combo that is difficult to stop, and Davis has shown he is ready for his moment in the spotlight offensively and defensively. Late in Game 4, Davis refused to check out of the game, preferring to guard Denver’s Nikola Jokic while James defended Jamal Murray.

When the Lakers’ two best players are scoring and defending, they are difficult to beat.

Davis showed toughness, too, rolling his ankle, shaking it off and continuing to play well. He also bounced back from just an OK performance in Los Angeles’ Game 3 loss. He scored 27 points but also had just two rebounds – none through the first three quarters. Davis called his rebounding performance unacceptable.

In a great sign, he bounced back with purpose. James noticed Davis’ frame of mind at Wednesday’s practice.

“See how low his brow is. If his brow is really low, then you know not to talk to him,” James said. “If it’s higher, then he’s accepted the fact that you’re allowed to come into his office and talk to him. (Wednesday) his brow was very low in this part and no one talked to him. So we already knew the mindset he was in, and he came out and did it.”

Davis scored 14 points in the first quarter and made all six field goal attempts. He established his presence.

“The way he started the game was off the charts,” Vogel said. “His shot-making was ridiculous, and his energy all over the floor, defending, rebounding, running the floor and obviously just scoring the ball at will to start the game. He was terrific.”