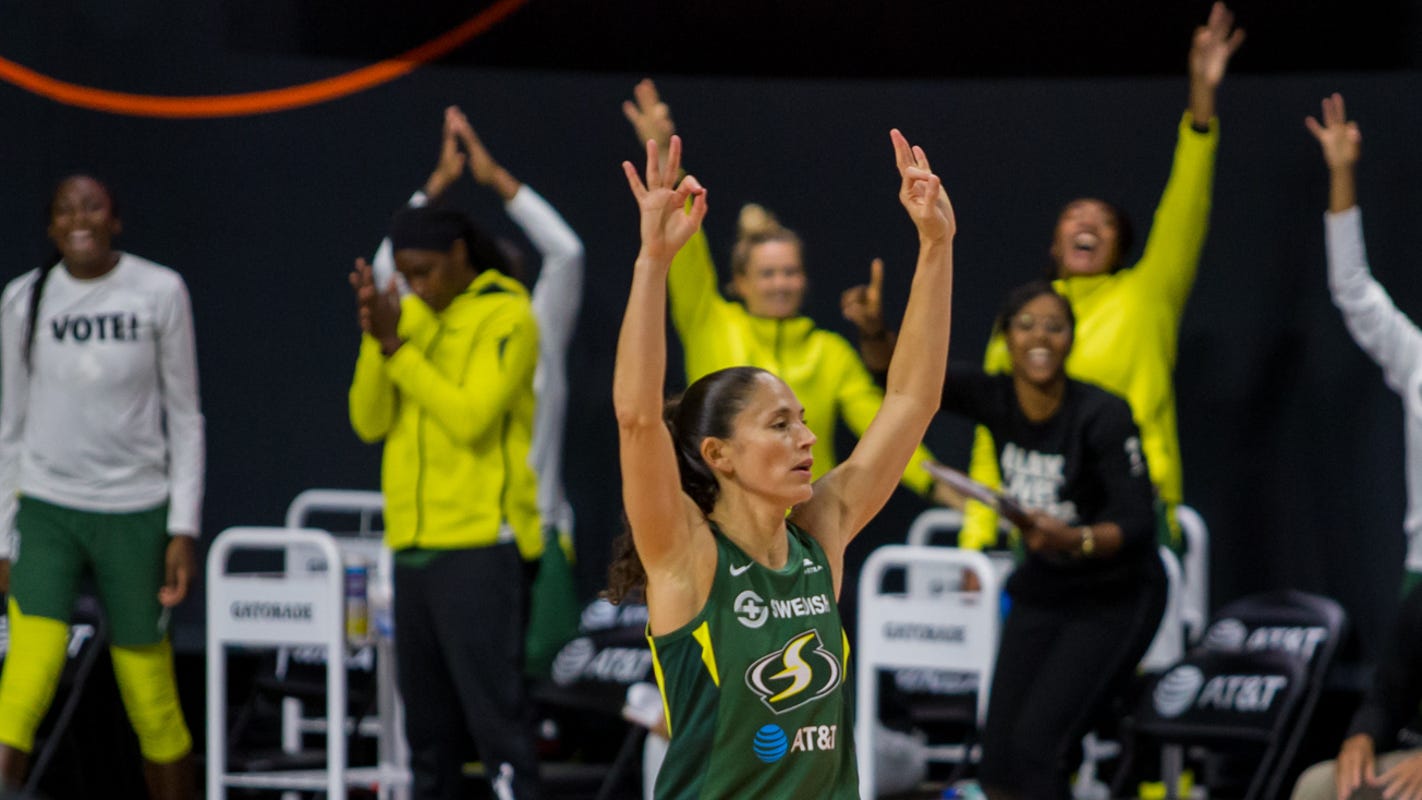 SportsPulse: Mackenzie Salmon connected with WNBA superstar Candace Parker to discuss the current state of the league and their involvement in social justice issues. She also shared her thoughts on the conflict between the players and Kelly Loeffler.

Loyd had 10 points in a 12-0 run to end the first half, including consecutive 3-pointers, for a 46-33 lead and the Storm led the rest of the way, fending off multiple Lynx charges.

Loyd’s 3-pointer with 5:15 left in the third quarter gave Seattle a 21-point lead. The Lynx finished the period with a 21-6 run to cut it to 68-62. The Storm again rebuilt double-digit leads only to see Minnesota cut them to single figures, the final time with 2:14 remaining.

The second-seeded Storm, who beat No. 4 Minnesota in the series opener on Alysha Clark’s last-second putback, have a chance to sweep the series Sunday.

Breanna Stewart, 0 of 7 from the arc, finished with 17 points, eight rebounds and seven assists for Seattle. Clark added 13 points and Natasha Howard 11. Sue Bird, with seven points, made an early 3-pointer that gave her 86 in playoff games, good for sixth on the league’s career list.

Damiris Dantas made five 3-pointers and led the Lynx with 23 points. Odyssey Sims added 18 points, Napheesa Collier, who missed the majority of the first half in foul trouble, finished with 12 points after scoring 25 in Game 1. Crystal Dangerfield had 10.

Collier made a statement on behalf of the players before the game decrying the “outrageous and offensive” outcome of Wednesday’s news that a grand jury did not indict any police officers on charges directly related to the death of Breonna Taylor. Collier said the players will continue to work for “full and complete justice.”

Alyssa Thomas, knocked out of Game 2 two days ago by a dislocated shoulder, made a surprise start and led the Connecticut Sun to a 77-68 victory over the Las Vegas Aces on Thursday night for a 2-1 lead in the best-of-five semifinal series.

Thomas scored 23 points on 10-of-21 shooting and had 12 rebounds. She pushed the Sun to victory in the closing minutes, scoring eight points in the final three minutes, the last basket coming after a steal with 45 seconds remaining for a seven-point edge.

Thomas was injured midway through the first quarter Tuesday night in a loss and was listed as out before her status was changed to questionable Thursday.

Brionna Jones had 15 points and 10 rebounds, and DeWanna Bonner 12 points and 10 boards for the Sun. It’s the first time in league postseason history a team had three players with double-doubles in points and rebounds. Bonner moved up to 12th in career playoff points, passing Taj McWilliams-Franklin.

The Sun will try to wrap up the series Sunday.

No. 2 Seattle Storm vs. No. 4 Minnesota Lynx