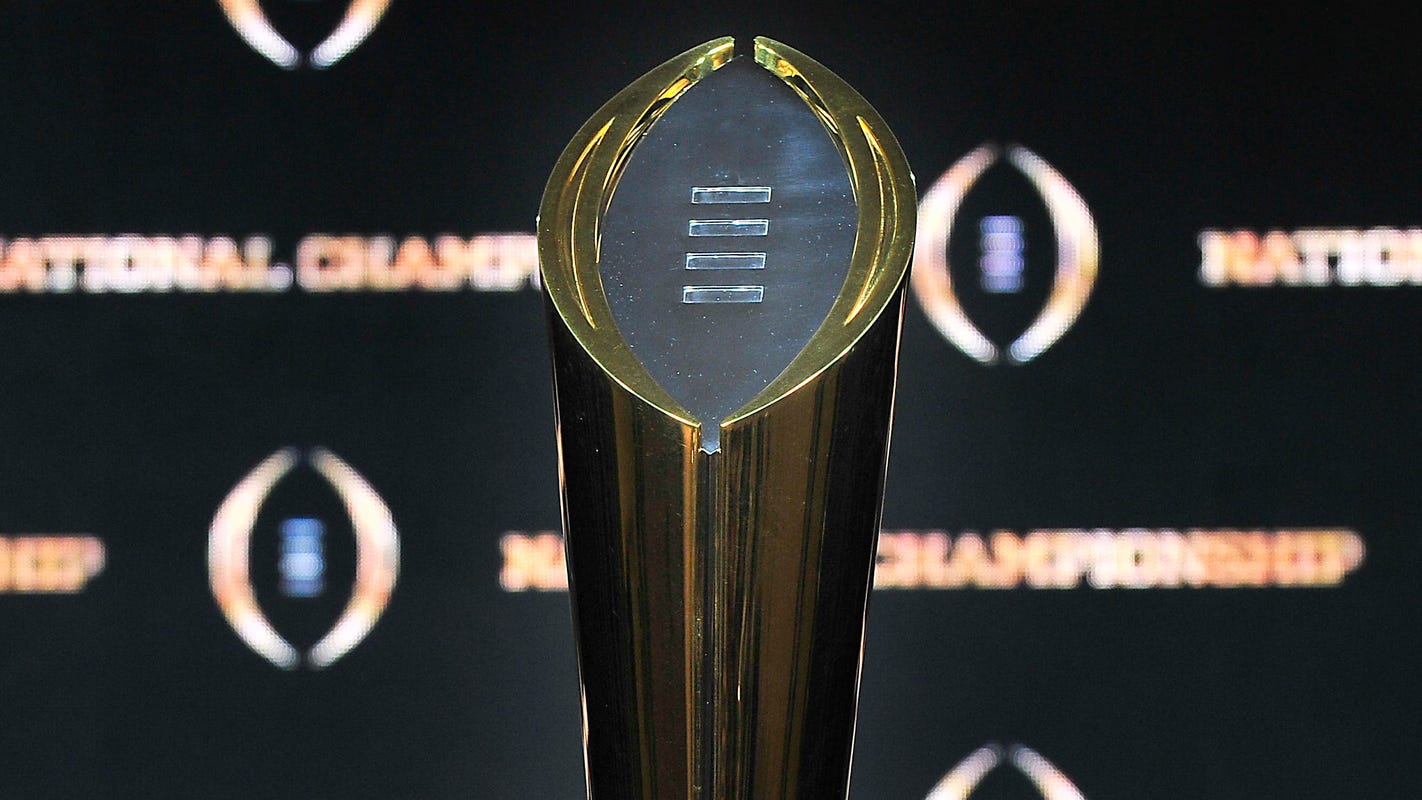 For a sport that has forever said “we can’t” or “it’s too complicated” whenever big ideas are brought to the table, college football has sure figured out ways to be nimble over the last six months. If you can figure out how to play in the middle of a pandemic while throwing out pretty much every norm and literally scheduling games the week of, maybe that’s a sign that college football can think a bit bigger than its leaders are normally willing to allow.

So it was puzzling, and a little disheartening, when Pac-12 Commissioner Larry Scott said Thursday there was “no serious momentum or discussion” about expanding the College Football Playoff during this, the most unusual of seasons.

Keep in mind, the Pac-12 announced on Aug. 11 it would not play football this fall due to the COVID-19 pandemic, struck a deal with Quidel just 23 days later to provide daily rapid testing and then announced three weeks later that it would be playing a seven-game season after all, just days after getting governors of states in their footprint to waive restrictions on gatherings.

If you can do all that in just a few weeks, you can figure out how to add four more teams to a playoff. All the old excuses about why college football just can’t make it work — the academic calendar, the logistics of moving teams around at the last minute to play at campus sites, the further devaluation of the bowl system — can no longer be repeated by people who want to be taken seriously.

For goodness sakes, the NCAA has literally lifted all restrictions on teams being eligible for the postseason this year. We could potentially have teams go to bowls that win two or three games just because they’re available. Let’s not pretend like anything in this sport was handed down on stone tablets from Mount Sinai.

Yet even in the middle of circumstances that have called on all the creativity and can-do attitude college football’s leaders can muster, they’re going to draw the line at getting more than four teams in the playoff? In a way, you have to admire their commitment to the bit.

If we’re actually going to play football this season, might as well go all the way with it.

In a year where there’s going to be no actual way to determine the four best teams because of limited non-conference play and teams playing an uneven number of games, having all power conference champions automatically make the Playoff would be the smart thing to do. In a year where teams are going to endure all kinds of adversity from games being postponed or canceled, to endless stress about positive tests and the health of their loved ones, allowing more participants in college football’s biggest spectacle would be a just reward for everyone’s efforts in launching this season.

But as Scott made clear from his comments Wednesday, any talk of expansion will happen on college football’s own sweet time.

And you know who that’s particularly bad for? The Pac-12.

In the six-year history of the CFP, the Pac-12 has earned just two of a possible 24 bids while the SEC has had seven, the ACC six and four each for the Big Ten and Big 12.

Though Scott’s management of the conference and its nearly invisible television network is certainly fair game for criticism, the lack of playoff impact is not his fault. The forces working against the Pac-12 in the current football environment are bigger than any commissioner.

But one thing he could do as one of the six most influential people making decisions for college football is scream from the mountaintops that the Playoff should be expanded and that his league’s champion should have an automatic spot in it.

Currently, Scott isn’t doing that. And it will almost certainly result in the Pac-12 being left out of the Playoff for a fourth straight year.

Look, nobody had a great hand to play here. Much like the Big Ten, the Pac-12’s reasons for initially postponing football were well-intentioned and based on data about the virus and the lack of testing available at the time. The Pac-12 had an added layer of complications based on local regulations that prevented the kinds of practices and workouts that teams in other leagues had been doing for months.

But playing a seven-game, conference-only season beginning on Nov. 6 is going to put the Pac-12 at a massive disadvantage as it relates to the Playoff. How do you compare even an unbeaten Pac-12 champion playing eight total games (including the conference championship) with an SEC team that has played 11 times or an ACC team playing 12 games?

It’s impossible, which is all the more reason to ditch the current Playoff format and just expand it to eight teams now — and probably forever. If that’s where we’re headed eventually, why not just rip off the Band-Aid and give everyone who has found a way to play during this crazy season a legitimate shot to win a national championship?

Admittedly, it wouldn’t be easy to organize an eight-team playoff on the fly. But given the problems college football has already had to solve over the past six months, this one seems like a layup.