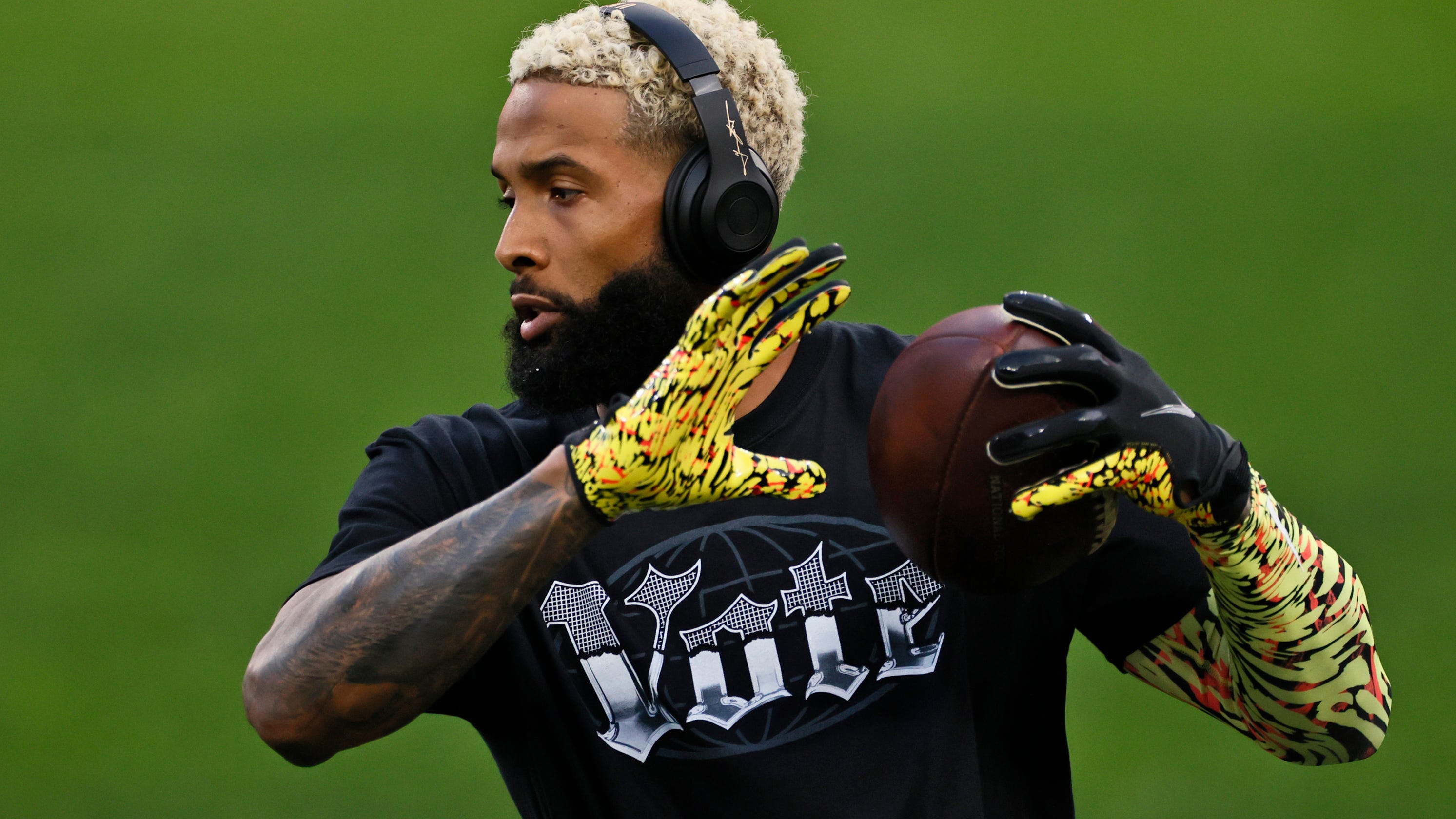 Cleveland browns wide receiver Odell Beckham Jr. talks about his now encouraging others to vote after admitting he’d never done so before.

As he started work Thursday, Odell Beckham Jr. tweeted that he was disgusted and heartbroken over Wednesday’s decision by a Kentucky grand jury not to file murder or manslaughter charges in the death of Breonna Taylor.

“But the worst part about it is.. I’m not shocked,” he said on Twitter.

About three hours later, the Cleveland Browns receiver’s feelings had not changed.

“It’s just getting tougher. It’s disheartening … when you just want justice and it doesn’t seem like that’s going to happen,” Beckham said during a Zoom call.

“I think you try and channel that frustration into … finding a way for more positive things to happen to seek change and just stay on course,” Beckham said. “To feel as if you’re doing your part and there’s something genuine in your heart to want to seek change.

Asked if the lack of charges in Taylor’s death would strengthen his resolve, Landry said: “The fight will always continue. There’s no doubt about that. Until the whole world recognizes and sees what’s going on and stops turning an eye to it and stops just playing a part because it’s trending, I think that it will never be resolved.

Disgusted. Heartbroken. But the worst part about it all is.. I’m not shocked.

Taylor, 26, a Black emergency room technician, was killed on March 13 when police in Louisville, Kentucky, executed a search warrant of her apartment. As the officers entered, her boyfriend fired a single shot and three white officers returned fire, which the grand jury determined was legally justified self-defense. Officer Brett Hankison, since dismissed from the force, was charged with wanton endangerment of Taylor’s neighbors.

In discussing the ruling, Beckham thought back to the comments of TNT analyst Chris Webber when the Milwaukee Bucks did not take the court for an NBA playoff game in response to the Kenosha, Wisconsin, police shooting of Jacob Blake, 29, a Black man left paralyzed from the waist down.

“He was like, ‘The trauma actually comes from the feeling of [being] defeated’ or for me being like, ‘Yeah, that was expected,’” Beckham said of Webber. “I think that’s the hardest thing to deal with … to have to accept that these types of things will happen. It’s truly sad, it really is. I don’t have the right words for it. I just pray that this world gets better, plain and simple. It could be such a beautiful place, but it isn’t.”

“It’s tragic how the system continues to fail … they see what’s going on, but they fail to go about it the right way or bring justice to all that was involved,” Landry said via Zoom. “It’s just a sad thing. I want to say that it comes by surprise, but it’s not a surprise, it’s been going on forever and this continues to show us the problem that’s here in America.”

Beckham has made voting his cause after revealing he had never voted in a recent conversation with Maverick Carter on Uninterrupted’s YouTube channel. Beckham said he’s becoming more vocal on social issues as he learns more about them.

“To me it felt brave to be able to admit to myself, the world, everybody, that it was my mentality … that my vote wouldn’t really matter,” Beckham said. “It allows someone else who’s in that same situation to understand it’s OK and you have an opportunity to correct your wrongs and going into the future your voice can actually be heard. There’s no better time than the present for your voice to be heard.”

Left guard Joel Bitonio said the Browns have not discussed the Taylor news collectively, but said the team’s social justice committee met on Tuesday with Williams and a few city councilmen.

Bitonio said the Browns may not share their feelings about the Taylor ruling as a group until next week, but Beckham hopes they can do something at Sunday’s home game against the Washington Football Team to remember her.

“I don’t know. I feel like there’s definitely a call there,” Beckham said. “We haven’t gotten to talk about it as a team yet. Discuss with the team and figure out a plan going forward.”