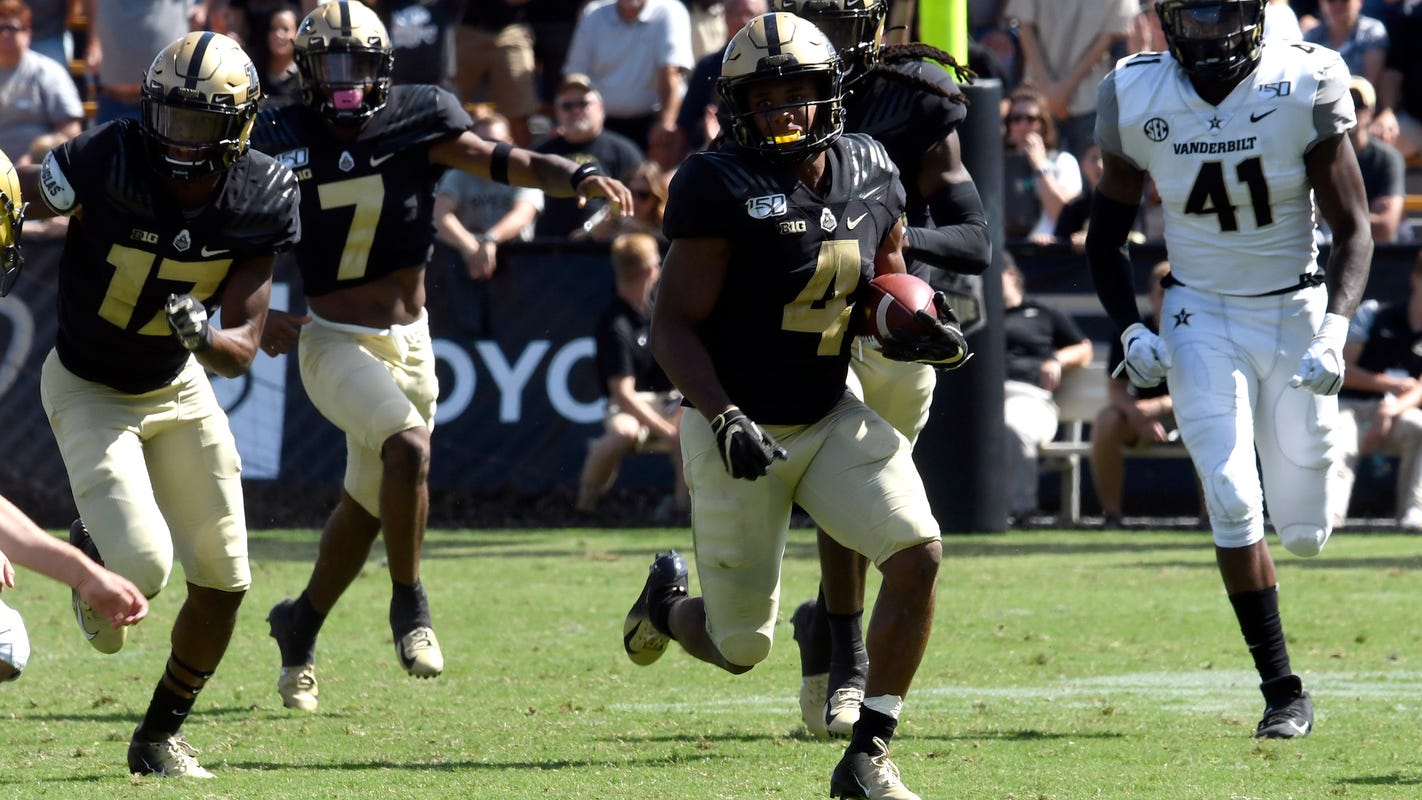 One lingering question about Purdue’s 2020 season was answered Thursday.

Rondale Moore is coming back.

The speedy and talent receiver opted-out of the 2020 season in August but revealed Thursday he’s re-joining the Boilermakers. He made his announcement during a segment on ESPN’s College Football Live.

It’s a dose of good news that injects a bolt of energy and enthusiasm into the program as it continues preparations for the abbreviated nine-game season, originally postponed due to the ongoing coronavirus pandemic.

“For me, I think the whole decision behind me opting out was the uncertainty and to secure my safety and my mother’s safety,” Moore said on the broadcast. “It was important to me to dig deeper and find out some more information and hopefully, the Big Ten would come to terms and find a way to get things done and we would have a season.

“The Big Ten found a way to consistently test and have safety protocols that made me feel safe. I’ve decided to opt back in and play for the Boilers this season.”

“I’ve decided to opt back in and play for the Boilers this season.”@moore_rondale announced on College Football Live that he will play this fall 🚂 💨 pic.twitter.com/MNbAcufwQh

Moore didn’t sign with an agent and remained enrolled in school, taking online classes with plans to graduate in December, creating a pathway for his return.

Purdue’s offense will now feature two of the top receivers in the nation. Moore and David Bell, last year’s Big Ten Freshman of the Year, on the field together should terrify defensive coordinators, starting with Iowa in the first game, and allow the passing game to rank among the best in the nation.

The pair were on the field together for just 96 plays last season. Now, we get to see how Jeff Brohm utilizes his star receivers to poke holes in Big Ten defenses. 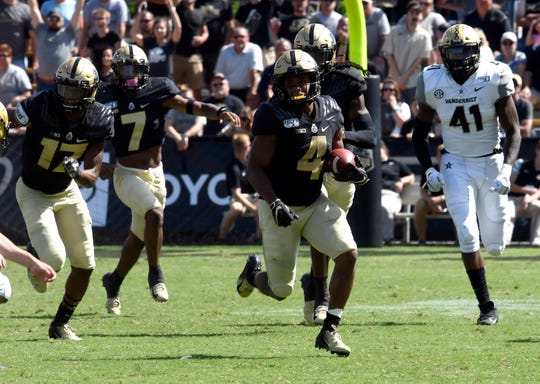 “I think it’s important for me to come back and compete and show what a competitor I am,” Moore said. “I think it’s important for me to go out there with my teammates and fulfill the promise I made to them when I came here as a freshman and my coaches as well. I think for us it’s to go win some games, have a chance to compete at a championship, go out there and do what we do. I’m excited.”

Host Wendi Nix asked Moore a fill-in-the-blank question –  “I want to show NFL teams that I ?”

Rod Gilmore, an ESPN analyst who was on the show, applauded Moore’s decision to return to Purdue.

“To have him healthy is a great thing,” Gilmore said. “He has a lot to prove. He’s only played one full season (17 games) of college football and as an undersized receiver, everyone is worried about your durability.

“His coming back and proving he can stay healthy and that he can play. His 114 catches in 2018 when he played says he can play but he has a lot to show. His coming back is great for college football. I love it when we get our

Before counting the number of explosive plays Moore and Bell might produce, Purdue has questions it must answer.

Who’s the quarterback or does Brohm elected to play multiple players under center? How will the offensive line hold up? And can the Boilermakers generate a consistent running game to feed off the anticipated lethal passing attack?

Moore is among a group of Big Ten players who have elected to re-join their programs after opting out of the 2020 season.

Ohio State offensive lineman Wyatt Davis and cornerback Shaun Wade have returned and are awaiting word on their eligibility status. Minnesota receiver Rashad Bateman is back but hasn’t been reinstated yet.

Moore called the decision to leave the Boilermakers on Aug. 6 “bittersweet” but felt given “the unprecedented circumstances we are currently living in, the best choice for my family is to opt out of the upcoming season and prepare for the NFL Draft.”

Last year, Moore’s season was cut short after suffering a hamstring injury in the fourth game against Minnesota. On the same play, quarterback Elijah Sindelar suffered a broken clavicle and didn’t return the rest of the season.

During his first season, Moore was named Big Ten freshman of the year after 1,258 receiving yards and 12 touchdowns. He also was named a consensus All-American as a returner.

The Boilermakers were determined to create big plays on special teams with Moore returning kickoffs and punts, but his injury thwarted those plans. Purdue has the same ideas heading into the 2020 season.